I Vote To Move That Amendment. Do I Hear A Second? 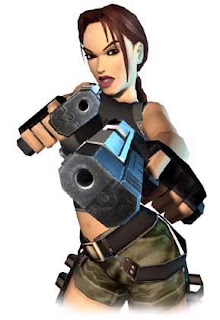 It seems that after every mass shooting, someone, actually quite a few someones, start speculating on how "if only there had been a good guy there with a gun, he could have put a stop to it."  It may be my imagination, but in the wake of the Aurora shootings, there seem to be a whole lot more of those someones than usual.

I'll admit it,  I happen to agree with the many opinions to the contrary - an armed guy would end up spraying a lot of innocents while trying to bring down the baddie; it would all be over before our armed hero managed to figure out what was going on and return fire; our presumptive rescuer would cower in a corner pissing his pants instead of exposing himself to gunfire any more than by merely being there.

But, as much as I like to believe that the gun lovers are spouting nonsense based on wishful thinking, I'm forced to admit that I don't really have any more evidence for my position than they do for theirs.  And because I prefer making decisions based on actual facts and evidence, I'd like to propose an experiment.

First, we'll need a state willing to secede from the U.S. for five years.  I'm pretty sure that both Arizona and Texas have made offers recently, so either one of those will be fine with me.* During that period, we'd adjust their laws and we'd alter the Constitution for them....just a teensy bit.

1. I know the Bill of Rights isn't actually in order of precedence, but maybe it ought to be.  In our Test State, the 2nd Amendment will become the 1st Amendment and be considered the most important one.  And it would be altered as follows:


A well regulated militia being necessary to the security of a free state, The right of the people to keep and bear arms shall not be infringed.

That first part has caused no end of arguments through the ages, so let's just get rid of it and give the people what they want.

I think it'll also come in handy to demote that whole Free Speech thing, but we'll get back to that later.  Just know you'll still have a right to speak out against guns...if you dare.

2. The folks who champion having more armed citizens are always saying "if more people were permitted to carry concealed weapons, perpetrators would think twice before pulling a gun to commit a crime.  They'd never know who might be carrying".

That seems like a pansy way to go about it.  In our Test State, every citizen over the age of...oh...let's say 16...will be required to carry at least one weapon at all times.  Not concealed; worn right on your waist, or slung over your shoulder...whatever.  Perpetrators wouldn't be wondering if somebody in the bank might have a gun.  They'd know that everybody in there is packing.  There would be no regulation about how many weapons you could carry, but, at least the one openly carried would be required to be a.)semi-automatic (or full-auto would be acceptable), b.) have a magazine with a minimum of 5 shots, and c.) an additional round chambered at all times. An exception will be made for those who prefer a pump action shotgun as their primary weapon if they demonstrate an ability to get off 5 semi-aimed shots within a specific short period of time.

3. Any firearm will be legally attainable in our Test State. Machine guns? Check! 50cal? Check!  Shoulder fired missiles?  Have at 'em.  The only weapons restricted from private ownership will be ICBM's; we don't want some piddly Test State confusing the world about U.S. foreign policy, do we?  Everything else will be fair game.

4. Remember how we promoted the 2nd Amendment up to the 1st position?  That's so that it'll outrank property rights, among other things.  The key here will be that citizens will be able to carry their guns anywhere and  nobody will be able to tell them different. Not churches, not restaurants, not theaters...not Yoga studios.  You don't want people packing heat in your establishment? Move it to one of those other states!

5. Gun rights advocates frequently say, "We don't need more laws, we need to enforce the laws we already have."  Fair enough.  In that spirit, we'll address the subject of how athletes, (down to the High School level) will be dealt with in the event of gunfire during sporting events. I don't believe they need any new rules.  Any athlete shooting at an opposing team member (assuming he isn't returning fire), is clearly demonstrating Unsportsmanlike Conduct.  There are rules for that already.  Shooting at the Refs?  I'm pretty sure that gets you thrown out of the game.  Shooting at spectators? I suppose that will depend on whether or not it's in response to Fan Interference.  Regardless, the existing rules seem to cover every contingency.

6. You may have worried earlier about how we were demoting the First Amendment.  Well don't be.  Free speech will be of paramount importance in our Test State.  It'll be so important that gunfire will be considered protected speech...so there's your response to anyone complaining about the new gun laws.

As I said earlier, our experiment will go on for five years.  During that time, our Test State will be, as much as practicable,  completely isolated from the rest of the country.  Travel and communication will be highly restricted.  The test will only yield accurate results if it takes place in as much of a vacuum as possible.

At the end of the five years, we send in an M.E.U. to see if anyone's still alive in there.

I don't know about you, but, in the name of science, I think it's worth a shot.

------------------
*I may like facts and evidence, but I hate research.  I could be totally wrong about Texas or Arizona being willing to go off on their own, but 1.) I'm too lazy to look for the evidence and 2.) if the facts were to inconveniently contradict my supposition, this would be a really short blog post.  Let's just all assume I'm right, mm'kay?

I currently can't find it (although I didn't spend much time looking for it), but I'm sure that in the last year I've read an opinion by somebody with some name recognition (possible a politician) who said that there should be a law requiring people to carry a gun.

I'd second, but only if we get to pick which state to boot out of the union.

Steve, that choice would be difficult, but I think Arizona and Texas would be vying for the top choice, with Louisiana and Mississippi not far behind.

I think Heinlein wrote that book already. Only in his world, it worked.

I'm not all that particular about which state gets kicked out, but we need to make sure it's one with a couple of real cities. Idaho would be perfect for this, except it doesn't meet that criterion.

And I'd just as soon hold onto Louisiana. I don't hate visiting New Orleans.

I'll leave you with this: