It Is With Profound Sorrow That I Must Announce... 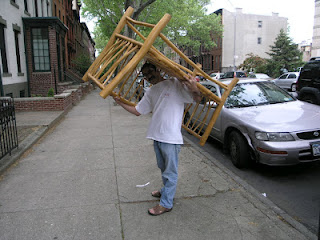 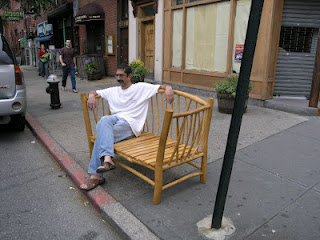 Or seat.  Or to be precise, the cross piece that holds up the seat to the legs so that it's a bench instead of just a wooden mat on the floor.

In spite of weatherproofing it again this spring, there seems to have been a gap at one of the joints. Water found it's way into the joint and rotted the wood away in that critical location. I'd consider amputation, but then we'd be back to talking about a wooden mat on the floor.

Anyway, I'll be deciding how to deal with it in the days to come.  I fully expect a tale worthy of The Binky to ensue.


I fully expect (and demand) that there will be gnashing of teeth, rending of garments accompanied by wailing and weeping worthy of Banshees.  Please don't let me down.
Posted by Nathan at 10:12 PM 5 comments 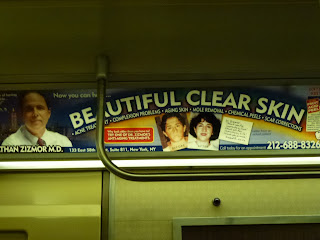 I'm pretty sure this exact same ad for Dr. Johathan Zizmor has been running on the subways since I moved to NY in 1986.  There are just so many things to love about it.

First, there's the doctor himself; Dr. Jonathan Zizmor. Say it to yourself three times quick.  Or maybe just think -- Zizzzzzzzzmor. 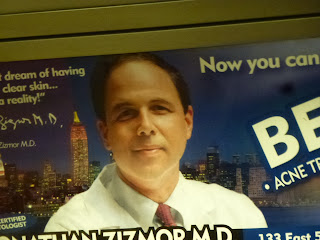 Doesn't he just inspire absolute trust?  Doesn't he look like he pulled his head out of an autoclave just moments before his picture was snapped?  Zizzzzzzzzzmor!

But the real glory of the ad is his "before-and-after" model. 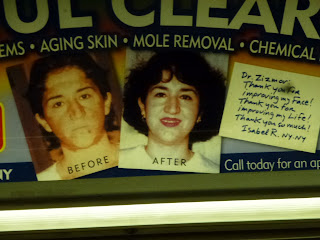 I especially like that even with all of those amateurish tricks, I'm not really sure she looks any better in the "after" picture.

Zizzzzzzzzmor! Say it with me.  It's fun! 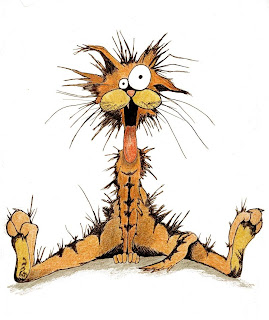 I don't have time to go into details, but this is an ACTUAL PHOTOGRAPH of me this morning.  Extrapolate as you will.

Okay, fine.  It's been a while since I posted anything here (or showed up much of anywhere else around the intertubes), but I haven't "suffered a damage" as the colloquialism goes. (I'm pretty sure somebody uses that phrase, but I couldn't actually prove it right now.)

Anyway, I've just finished a marathon of three consecutive jobs (Okay again...there might have been a teensy bit of overlap here and there), which means I worked something like 28 consecutive days without a day off.

I've got a day left of wrapping things up and then I'm back to looking for the next gig.

I may sleep for a day or two first.  We'll see.

In the meantime, here's a picture of me scraping schmutz off my camera's lens. 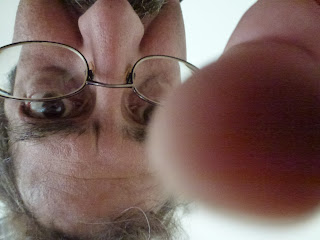