Prepare To Be Assimilated. Resistance Is Futile. (Unless You Can Move An Inch Or So Per Year.)

I posted something last year about stuff growing really slowly and absorbing any obstacles in their way.  Like this tree, for example. 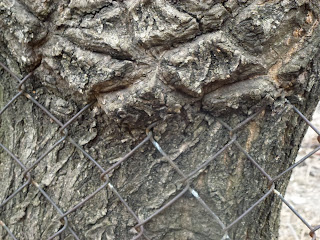 Well it turns out I'm creating some of this myself (without having really intended to).  A little background?  This is the house I lived in from the age of 12 to 17. 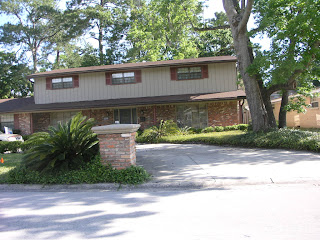 In the backyard, by the corner of the house, there was a big-ass Crepe Myrtle.  Since it's Florida, it had a really long growing season and it just kept getting bigger and bigger each year.  And it sent up new shoots from the ground most years.  Around 1998(?), my Dad sold the house and moved.  And I figured I'd take a cutting from one of the new shoots and see if I couldn't get it to grow in our backyard in Brooklyn.

At one point, it was really spindly and I decided to prop it up with a stake.  And I promptly forgot about the stake.  Until yesterday.

The string has been partially absorbed and the stake is now part of the tree. 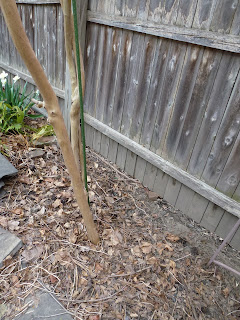 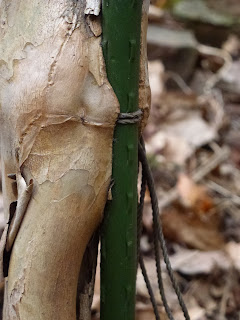 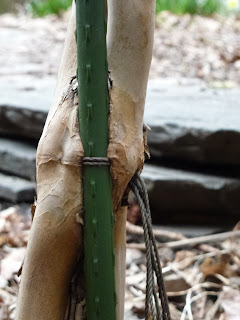 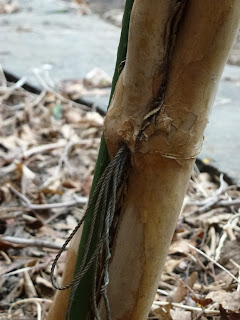 Of course, I've now tied the stake to the tree in another spot higher up.  I feel so creative!

Proof Positive: The Aliens Have Landed.

You think I exaggerate?  Really?  Tell me how the fuck this guy gets elected to hold office anywhere with schools and indoor plumbing.  There are people in Georgia who voted for this guy.  And what's worse is that this little speech will probably get him more votes in the next election.  But hey...I don't live in Georgia and he's somebody else's problem.

Then there's the current appeal to the "common" man; Vote for me because I'll never make you feel stupid! How that's a selling point is beyond me, but apparently, it's working.

There is, however, some good news (of a sort).  For the last few years I've been at a loss to understand the sheer toxicity of right-wing hatred toward Obama.  I mean, a lot of those people really fucking hate Obama.  I'm not talking about how a lot of people hated Bush or Clinton or Bush.  Nixon hatred wasn't even in this league.

The Right has absolutely lost its shit since the day Obama was elected and there's no hope of them getting it back.  Hell, they haven't even been looking for it!  They're absolutely giddy with the level of abhorrence they have for Barack Obama.

Since I'm a hopeless optimist, I can't just chalk it up to racism. Sure, there are a bunch of people who refuse to make peace with the fact that there's a black man in the White House.  But I don't think they're a large enough percentage to account for how much the GOP hates Obama.

No, the answer is now clear to me.  THE GOP HAS GONE TOTALLY FUCKING INSANE.

You doubt me?  Well, it was fun watching Rick Perry and Michele Bachmann try to outcrazy the field, but I don't think anyone ever gave them strong odds of getting the nomination. And we were all right -- but did any of you ever think Rick Fucking Santorum would be a serious contender?  Really?  Santorum?  Holy Shit!  He's in a two-man race with Romney* and the GOP are out of their fucking minds.

And since, against all reasonable predictions, Santorum is making a real challenge, is it beyond imagination that he could somehow become the GOP nominee?  And if they're insane enough to nominate him, is America insane enough to elect him?

I don't think there's a chance in hell of that happening, but I thought he'd be sitting home in Pennsylvania by now, not in a two-man race for the GOP nomination.  So, what do I know?

Which brings us back to the good (of a sorts) news.  I can finally empathize with those people who despise Obama so much.  Because if Rick Fucking Santorum ever gets elected to the Presidency, I'll be making today's Obama vitriol sound like 2nd-grade playground repartee.

--------------------
The Mitt-ster isn't any great bargain himself. The fact that conservatives think he changes his principles to suit his latest audience cuts both ways. I doubt the guy has any bedrock convictions, but we've had Presidents like that before, so he'd just suck as opposed to presaging the end of the world.

I've Spent An Awful Lot Of Time Trying To Save All Of This Daylight.

This adjusting for Daylight Saving Time is exhausting!

The two smartphones in the house know how to adjust themselves without any help from us.  The two laptops...ditto.  The nooks™ reset themselves.

The clock on the coffee maker is easy. The clock on the wall in the kitchen is even easier.  The one on the oven is a bitch.  I think I set the timer on that a half dozen times before I got to the clock's controls.  I still have no idea how.

I forgot about the microwave oven.  I'll get to that one later.

My bedside clock is a bitch.  It has a Daylight Saving Time setting and, for the life of me, I can't figure out if it does anything. Every time we have to change the clocks, I end up changing the clock's time zone because nothing else seems to work. It's been 12 minutes fast for the last 3 years and I'll be damned if I'm going to try to figure out how to fix that part.  It's close enough.

I have a watch that I'll forget to reset until the next time I wear it...and panic about what time I think it is until I remember.

The best clock in the house is the one on Anon GF's bedside table.  That one stays on DST all year long.  Which means that I think I'm an hour late for everything 1/2 of the year and then I don't have to do anything to it in the spring. 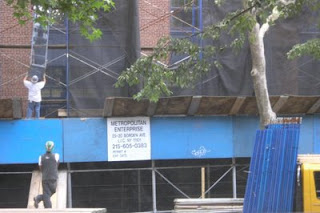 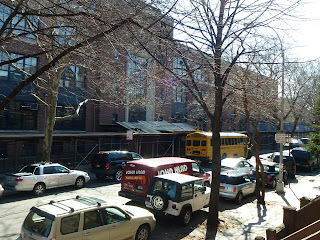 Oh yes, this mundane unconsumed desk banana will be obsessed upon!  You have my empathy, Michelle!
Posted by Nathan at 4:46 PM 5 comments