It's Official. I No Longer Have One Iota Of Redneck Cred Remaining. (And That's O.K. By Me.)

Did you know that Krystal Burgers has a Hall of Fame? (Depending on where you live, have you ever even heard of Krystal?) Anyway, I ran across this story this morning about a woman who broke down in tears when she discovered that Krystal had finally opened a restaurant near her home in suburban Houston. It's touching as all git-out. (Quote from her brother Rick, “You know you're a redneck when your sister's picture is on a Krystal's burger box.”)

For those of you who are geographically challenged (in the sense of never having run across a Krystal before), they've got all of the normal burger-ey stuff now, but they got their start with these little postage-stamp-like burgers, which are similar to the White Castle Sliders. I grew up in North Florida, so Krystal was part of the landscape. If you remember the great White Castle = Not Hamburgers debate of Aught-Seven, you'll know that I fall into the "Not Hamburgers" side of the controversy. So, I'm not likely to ever become a Krystal Hall-of-Famer. 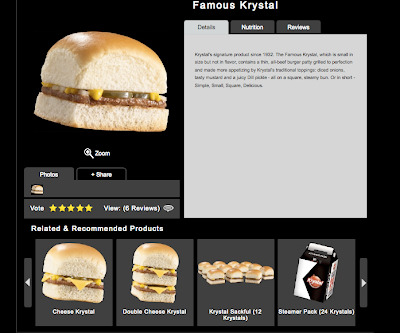 Add to that, the fact that the nearest Krystal to me is in Bristol, VA...over 500 miles away, and the likelihood of me becoming a Krystal devotee anytime soon is...negligible. (But, really, doesn't that look worth the trip?)

In New York, burgerly speaking, we've got yer McD's, yer Burger Kings, and yer Wendy's. We've got Roy Rogers..which has burgers, but that isn't really their thing, now is it? And we've got Arby's, which I don't think even makes a burger. (I do claim their roast beef-like product™ sandwich with horseradish sauce as one of my guilty pleasures, but we're talking about burger-love here.) We do have a couple of Johnny Rockets in the city, but...meh...I'm not thrilled with the whole nostalgia-themed food experience.

Besides that, there are plenty of places to get a better burger here...like anywhere. Every diner does burgers. Most pizza joints do burgers. And I'm surrounded by gourmet burgers. Missing Krystal is the last thing on my mind.

If there's one fast food experience I actually do miss from the south, it would have to be Hardee's. Hardee's actually has (or at least had, the last time I was in one), some tasty burgers. 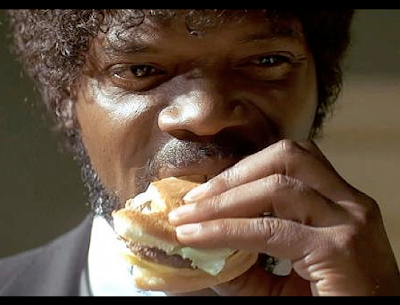 And their fries were absolutely to die for! (I'm pretty sure they fried them in fortified, meaty, greasy grease which added massive amounts of flavor, but you didn't really want to know more than that.)

The nearest Hardee's is a mere 148 miles from me in Middletown, DE. 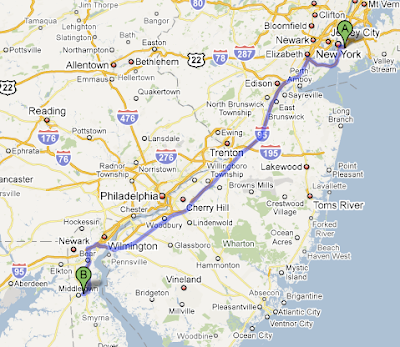 I may have to do a road trip to find out if they're as good as I remember them. I'm pretty sure they have cheap cigarettes in Delaware, too! It'll be just like a trip to the health spa...only kinda different.
Posted by Nathan at 10:49 AM

Aw damn Nathan, now I want a sackful and it's too late to run out and get some.

Krystal's are an acquired taste, I was introduced to them when I lived just over the Georgia line south of Chattanooga (their headquarters). They hit the spot at 3AM when you were in the middle of a paper delivery route and suddenly realized you were starving.

Now over the years my hamburger tastes evolved and as with NYC, Atlanta has many fine local establishments that serve exceptional burgers, so not so many Krystal's these days. But if I'm on the road it is one of the chains that I know are safe to eat in and not have immediate traveler's regets.

Hardee's however - cringe - one of the nastiest places on the planet. Your digestive system has my sympathy. Ugh. Blech.

But I am jealous you have Roy Rogers, there aren't any in Atlanta any more and I used to love them when I lived in Florida.

Nathan, you really don't want to eat at Hardees.

Had a friend who worked there for a week. He walked out when he dropped a burger patty on the floor, and was told to pick it back up and serve it.

Well, there you go. You guys have completely screwed this up. Had things gone properly, Hardee's would have flown me...somewhere. Somewhere, where there's a Hardee's (and a lot of other non-Hardee's stuff too).

So, now nobody's going to fly me anywhere since you've talked about "stuff on the floor" and "the nastiest place on the planet".

What? I could just delete your comments? Why does nobody tell me anything?

Arby's makes roastburgers now. It's their standard roast beef, but in a burger bun with burgerlike toppings. It's pretty good actually. ;)

Oh, c'mon. The lesson isn't don't eat at Hardee's, it's don't eat at any restaurant in West Virginia. I'm sure that most Hardee's managers would have told the employee to brush the burger off before serving it.

Anyway, it's been a while since I've been in a Hardee's, but they indeed had a very tasty burger. But those burgers were tasty because they were pure sin--which brings us back to the floor thing, actually: what are you worried about the floor for when the burger itself takes six-to-ten years off your life just by itself. Honestly, if the burger got something off the floor that killed ya or even that just made you throw up, it would be saving you the trouble of the coronary bypass before you're fifty. You might call that a "win."

Have you ever considered that there might be something on the floor that's better for you? Hmmmm?

It's not that far fetched.