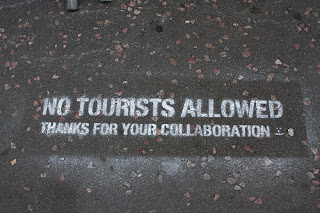 In a stunning announcement, The Department of Homeland Security revealed today that Janet Napolitano will be granted a "Do-Over" for the testimony she gave yesterday to the House Committee on Homeland Security. An unnamed source revealed that Ms. Napolitano had been speaking about Tourism and only realized her error when reading this morning's Washington Post coverage of her testimony.

Insiders say she's taking the news "very hard" that she's been mistakenly fighting Foreign and Domestic Tourism since being named to the post.  She had believed her agency was doing a "bang-up" job with such initiatives as making air travel nearly intolerable and the inclusion of so many children on "No-Fly Lists".  "What family was going to go to Disney World if they had to leave little Timmy at home", our source said.

Furthermore, Napolitano is said to have been somewhat perplexed as to why there seemed to be such a focus on Islamic Tourism, when it was clear that Japanese Tourists were so much more prevalent.

Asked how the government might alter its strategy, our source revealed that the Department would "probably let gas prices fall to where they should be naturally...in the $1.15 per gallon range", but otherwise they were looking into their options.  "Frankly", he said, "we're not at all sure how we're going to go about identifying potential terrorists.  It sounds hard." 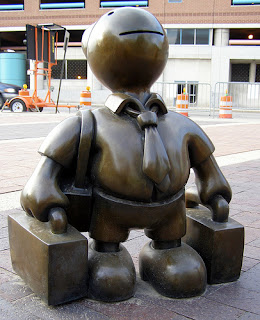