Anyway,  shortly after reading his post, I was perusing FaceBook and I got one of those status reports I get from a certain company that puts up job listings in film and television.  The listings are only teasers and if you want to know enough to actually apply for one of their listed jobs, you have to become a paid subscriber.  If I happen to ever see one of their listings that sounds promising, I might consider signing up. (I've only been waiting for that elusive listing for about a year, so I'm expecting it any day now!)

Anyway, this is the listing I saw after reading Steve's post:

Allow me to parse the listing for you.

First, the "AP" they refer to is an Associate Producer.  Associate Producer is one of the most nebulous job titles in existence.  In television (as opposed to film), it usually means huge responsibilities beyond one's experience level...but they make up for that with really low pay.  Oh...and you get a nifty job title. Don't get too excited though -- once you're on the job, you can expect to hear over the radio, "The toilet's clogged in the upstairs bathroom.  Get one of the APs up here right away."  Note that I'm not dissing APs; I'm dissing a system that gives the same job title to one person who could practically run the show and to another person who has trouble getting the lunch orders right.  And they both get paid the same.

Next, still in the first line, there's a reference to a "new reality series".  This can be translated into "We're not paying any writers; we're not going to have a real equipment package or camera crew -- just a bunch of low-paid AP's running around with little HD cams. We aren't spending squat to make this show, so we need a bunch of people to work extra hard so we can get this puppy in the can and on the air.

The next line reveals the Production Company -- a "Major Cable Network".  Translation: The first 15 seconds of advertising will pay the production costs of the first episode, but your petty cash includes a receipt from the Brooklyn-Battery Tunnel.  We'll allow it this time, but next time you should take the Manhattan Bridge.  There's no toll on that one.

The listing goes on to describe the job requirements which sort of match the qualifications of somebody who already has a few years experience as a Location Manager (which they've kind of made a point of warning you that they won't pay for), and then remind you not to apply unless you're an experienced Location Manager (which they can't afford). But they're not going to call the position "Location Manager" because that would clearly define the applicant's responsibilities -- and since they're looking for a "Locations AP", it means they want to keep their options open, as in ultimately, they'll be able to pile on a bunch of other AP responsibilities at their whim.  "Yeah, I know you still have Locations-ey stuff to do, but surely you can find time to drive out to Hackensack to pick up our Director's kid from day camp! Of course we'll pay for the tolls."

The part where they say they want someone who "would be excited to get out into the city" must be one of the perqs of the job.  Apparently, they'll spring for a MetroCard? And it's a "Self-Perqing" job!

The part about existing PR contacts being helpful but not required is sort of a "Hail Mary".  Hey, as long as we're asking for the world, why not throw in the moon and a couple of comets?

Finally, they stress that it's a non-union job and they're only hiring locals (i.e. no travel, per diem, etc.)  This is the final reminder that they don't intend to pay anyone very much.

Granted, this isn't as heinous as the indentured servitude Steve showed us, but it's not that much of a step up.  And I'll acknowledge; there's certainly a place in the world for jobs that call for people to perform well beyond their experience in exchange for a cheese sandwich.  Allow me to illustrate the difference.

If your show is the result of a few friends swilling beer and one guy suddenly says, "Hey kids, let's put on a show!", then you get to pay people diddly and expect them to do everything. 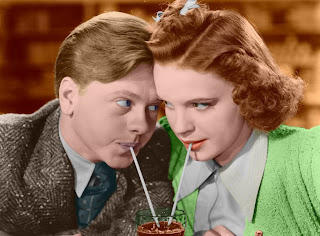 If, on the other hand, there's anyone in the chain of command whose primary responsibilities include keeping the cast supplied with pharmaceuticals and encouraging them to take up smoking, you  can probably afford to be hiring experienced people and paying them. 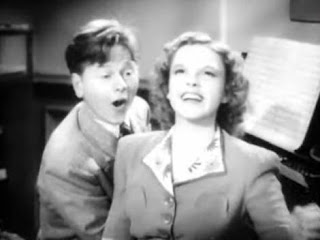 Ann thinks you sound really "excited" about this job.

Me? I snorted Diet Coke through my nose a couple of times. Yeah, I'm a slow learner.

"... anyone in the chain of command whose primary responsibilities include keeping the cast supplied with pharmaceuticals and encouraging them to take up smoking..."

ooo, I want that job.

Oh, and I believe that's a quote from "Fool", another excellent Moore book.

I'll take your word for it. I've read both (among others) and I could easily have mixed up where the quote came from.