We Hate You Too, Nora Carr.

In today's NY Times City Room, there's an article in which Nora Carr and Betsy Palmieri present opposing views on having movies shot on the streets of New York. Nora's view can be summed up as "I hate it when they move in". Betsy presents a reasoned, polite, intelligent, articulate response. Good on you Betsy; I'd expect nothing less from you!

However, since this is not the NY Times, I'm permitted to take the low road.  See, it turns out, We hate you too, Nora Carr. 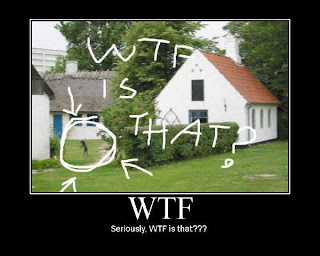 That thing in the picture probably isn't Nora Carr, but it might be.

Those of you who visit Polybloggimous regularly know that if there's one thing I excel at, it's my utter disregard for research or pretense at knowing what I'm talking about.  I tend to be right; live with it. Really.  I just know shit.

Anyway, the Times article says Nora Carr lives in Jackson Heights, Queens, and is a graduate student in history and literature at New York University.  Aside from that and what could be gleaned from a desultory Google Search, there's only so much I can tell you about the woman...or is there? Contrary to the short bio in the Times, she might in fact, be a graduate of Oberlin College (class of somewhen between 1893 and 1908).  If that's the case, she may be the REANIMATED UNDEAD!  I'm not saying that's the case, but it might be.

She might be this Nora Carr, in which case it's obvious she has a passive-aggressive relationship even with those she claims as friends.

Maybe this is Nora Carr.  I'm not saying it is; just that it may be. 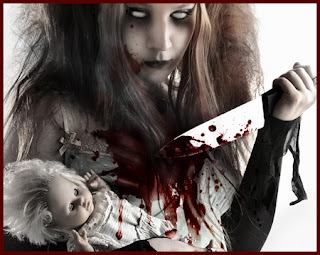 Now, having admitted my utter lack of personal knowledge of Nora Carr, you might wonder how I can so boldly proclaim, We hate you too, Nora Carr.  I could just fall back on my well-known penchant for "pulling stuff like this outta my ass", but I won't.  I'm going to spill the beans on a TOP SECRET initiative that's been in effect for a number of years here in New York.  That's right...the NYC Mayor's Office of Film, Theater & Broadcasting maintains a sign-up sheet where Location Managers are able to coordinate our campaign to "Annoy and/or Avoid Nora Carr".
On the avoidance side, are the movies that need to actually get their work done on any particular day without the interference of the insufferable Ms. Carr. She's known to argue loudly with the P.A.s who are tasked with keeping "bogeys" out of shots.  She blithely barrels through lock-ups to get to her ever-important Aerobics, Yoga, Kitten Stomping lessons.  She hauls around a vintage 1980's Boom Box so she can drown out any dialog scene she encounters.
She's a one-woman blown take.
Therefore, the city keeps careful tabs on her whereabouts.  Her home, workplace, favorite stores, bars and restaurants are all tracked. Her various friends and their habits are noted.  The city even maintains a database with GPS, HUMINT, and clandestine electronic eavesdropping so that even her most spontaneous movements can be accurately anticipated.  And Location Managers are kept up to speed on our iPhones, Androids and Blackberrys so we can religiously avoid encountering her -- There's an APP for that!
On occasion, we're taken by surprise by emergency street work or a water main break, a parade or street fair we may have overlooked,  or even some Presidential Motorcade we should have known about -- but we're never surprised by what we in the business, refer to as a Nora Carr Infestation.  To be honest, missing one of those other things is understandable and Producers chalk it up to us being "only human", but getting caught flatfooted by an appearance of Nora Carr is a firing offense.

I suppose you can be forgiven for wondering why, if we're all avoiding her, does Nora Carr seem to be incessantly annoyed by the presence of Major Motion Pictures everywhere she goes!  That's the other part of our campaign which was brilliantly conceived during the Koch Administration.  When any movie is issued their permit, they're required to affirm that they will "conscientiously endeavor to harass, inconvenience, provoke, besiege, ruffle, antagonize, peeve, molest, rankle, irk, vex, bother, and/or annoy, Ms. Nora Carr of Jackson Heights, Queens, New York, for no less than 2.37%" of the time they are filming in NYC.  Even movies that are intended to film entirely in studios are required to sign the pledge;  don't sign and you don't get a permit!

So, the truth, as I'm now happy to reveal, is that it's been years since Nora Carr has encountered a real movie shoot on the streets of New York.  They've all just been staged events solely for her benefit!

We really hate you, Nora Carr!
------------------------------------------
Update (with a slight change of gears): I've been back to the original article and read the comments, from which I take a few things.
1. Must. Resist. Arguing. On. The. Intertubes.
2. The Mayor's Office of Film Theater & Broadcasting has apparently changed their name.  When did this happen?  And why haven't they changed their website?
3. One of the most belligerent and assholey comments over there is by someone I suspect is a cousin of mine.  Note to family: If anybody invites him for Passover, he better be seated at the kids' table. Just sayin'.
4. If you're not related to me, good luck identifying the person I'm talking about in #3.  The comments get even more assholish as things go on.
5. For the record, on any decent production, P.A.s who "lay a hand" on civilians are promptly reclassified as Unemployed.
Posted by Nathan at 1:08 PM

I just love it when you're being inscrupulabulous.

I saw some person named Cora Narr on a Hollywood web site. Could that have just been a sock puppet? Do we care?

I think I've just been insulted.