And they're absolutely adorable together.

Once upon a time, the only gay people you'd see in movies or on TV were dangerous psychopaths and I'll admit it's a good thing they're getting some good press these days, but I honestly think the pendulum has swung too far.  Let's look at some of the gay folks you're likely to see these days. 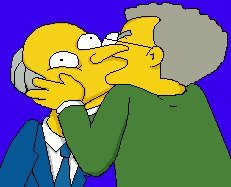 Mitch and Cameron are simply precious! 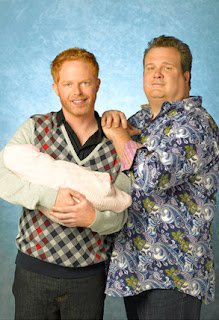 Big Gay Al is not without his charms. 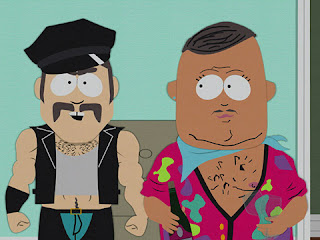 Tinky Winky's so fucking cute I could puke! 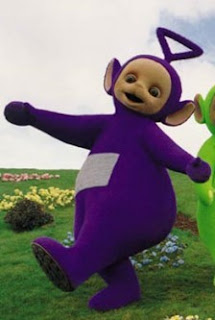 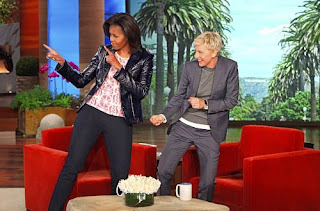 I mean really! These are fine images for gay kids, but who the fuck can live up to any of these images?  It must be exhausting trying to be as endearing as these people.


The fact of the matter is, I know a lot of gay people...and some of them are assholes.  Really!  Gay people have as much right to be jerks as everybody else and take my word for it...some gay folks are  just wired to take the low road.  Who are they supposed to emulate?

Think about it.  When you were a kid, didn't you...just once...want to see Batman and Robin scraped off the side of that building by one of the bad guys? Talk about a pair of Goody Two-Shoes!  And I know I had a weak spot for Catwoman.

There need to be some gay folks on TV who aren't all admirable and shit. You know...to give the slacker gays something to shoot for.

In keeping with that idea, there are plenty of other characters in media who should have their chance at being gay.

Staying with the Star Wars universe for a moment, I would totally accept the possibility that Darth Vader is a big gay closeted Evil Overlord. 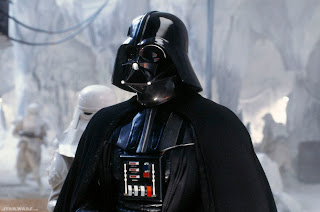 He stands out in a crowd and, sure, he's got a son, but I can think of all sorts of reasons for him to be in denial.  If we'd just let Vader be Vader, maybe he'd get over some of his issues and be a nicer guy. Or, barring that, he's a good example for gay folks who aren't ready to come out yet. You can have a whole friggin' army of Darth Vader's in the Gay Pride Parade and maintain anonymity.

Or, who's to say Jabba the Hut isn't all kinds of gay (in a giant space-wormish kinda way)? 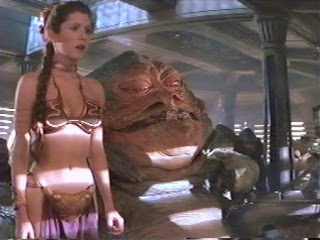 Jabba's like the first Project Runway contestant! And he's a bloated evil shitbag!  Everybody wins!

Major Toht could certainly be gay. The guy carries around a folding coat hanger so he doesn't muss his wardrobe.  This is not such a hard example for the evil-leaning contingent of the gay community to aspire toward..

Ms. Barrett, from Lean on Me, probably wouldn't have been such a bitch if she'd only had a nice girlfriend to go home to. But, the truth is, even if it didn't put her on an even keel, don't bitches need role models too? Think about how much easier it is to be Ms. Barrett than it is to be Ms. Degeneres! Imagine how much less pressure there is when nobody expects you to be all nice and shit all the time! 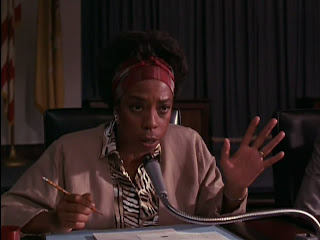 Carmine Lorenzo? Is there anything about him being a dick to John McClane that precludes him being gay?  I think not! And none of those unrelenting expectations to hang out in gyms every day! 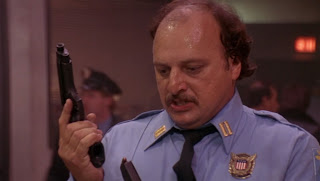 What about these guys? Tell me there weren't some gay kids who dreamed of growing up to kick the shit out of Ralph Macchio! 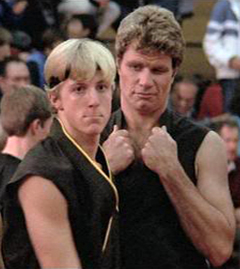 If you're gay and you're an asshole, those guys could be some damn fine role models!

I say it's time we give gay schmucks their own characters to aspire to instead of all these lovable role models we've been foisting off on them recently.  I mean, who can live up to that?
Posted by Nathan at 9:22 PM

Of course Darth Vader is a gay asshole. Sure, he was marries to Natalie Portman and had twins, but you know, he didn't quite pursue that relationship to find out what happened to his "wife" after they split. And then pretty much no other hetero relationship afterwards, just a life-long Death Star Gym membership. And how many women do you remember seeing there? "Men. Men. Men. It's a ship all filled with men… know what I'm saying. So, you know, into the suit and out of the closet. There were chick jedi nights, but do you remember any Sith chicks?