I've tried to make it clear that Polybloggimous is all about you!  I don't mean it's about you -- clearly, most of the stuff here is about me -- but I really try to make sure I'm taking you into account before ever hitting that PUBLISH POST button.  I really don't want to put stuff here that's just going to leave you scratching your heads or wondering WTF, or especially thinking, "Holy Crap. why is Nathan bugging us with crap like this?"

Yesterday, I wrote a post that was intended to riff on PBS's Sunday cooking shows and then introduce you to an idea I had for my very own cooking show --  Medieval British Cuisine.  On the face of it, this should have been at least mildly promising.  Primal Grill really is episode after episode of Forty Guys Make a Hamburger.  New Scandinavian Cooking really is a weekly exercise in cooking outdoors for no discernible reason whatsoever. Not only do they cook everything outdoors -- last week, they buried a roast in a hole in the ground to cook it -- they also have their chefs stand knee-deep in a fjord if they're making seafood.  'Cause you couldn't possibly understand how seafood might have made it all the way to the shore.  And I actually like Colameco's Food Show, but I'm willing to admit that the show consists entirely of the host watching chefs make things, and then he tastes the stuff and then he grunts a lot.  It's Tool Time, just about making food instead of building manly stuff. 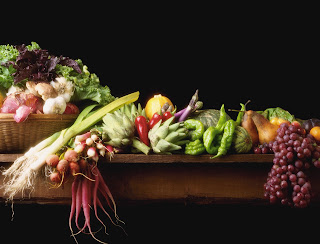 So, anyway, I figured I could come up with some ideas for a show about Medieval British Cuisine -- surely an oxymoron if there ever was one.  I kind of envisioned episodes about peasants poaching deer from the Lord's estates.  There'd be stuff about how to prepare a hearty acorn stew with rocks!  Maybe some tips on dealing with spoiled food -- eat it, of course, do you want to starve?

And my "best" idea had something to do with making your livestock last.  If you wanted meat, you could just amputate one of your goat's legs.  That would give you enough meat for a couple of meals, and your goat would just limp a little until you got hungry again.  Not to mention, if you propped up the goat's rear end, you could still milk it.

As you may be realizing by now, the entire idea of the post was a recipe for disaster (no pun intended - really).  I have deleted the whole thing with impunity.

And, no matter how painful you may have found this post to read, it doesn't hold a candle to the sheer craptaculous-ness that the actual post would have inflicted upon you. You may thank me at your leisure.

P.S.  I may have deleted the post, but I'm still willing to use my blog-fail as blog-fodder.  This may be crappy content, but it is content.

P.P.S.  Here's a picture that would have made it into the post somewhere.  Consider it the visual equivalent of pounding a square peg into a round hole. 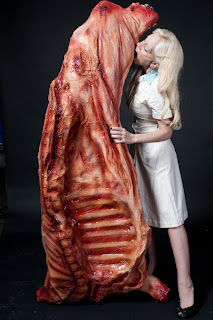 Brilliant! To the casual, read-on-te-fly, non-insider who just happens to stop by, this is the perfect post. A pic or two, some verbiage, nothing too out-of-the-ordinary. But to those who know, excellent! You, sir, are to be congratulated.