Mediocre-Man And His Team of Also-Rans.

Once upon a time, (OK, a year ago), I decided to take the whole idea of time travel and poop all over it. 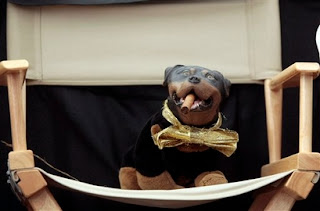 Like most of you, in my childhood, I imagined myself a super hero...able to leap cracks in the sidewalk in a single bound...faster than a speeding box turtle...more powerful than a paper airplane. 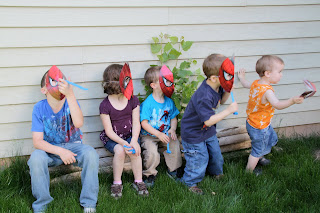 And, in adulthood I've had my flights of fancy, imagining what super-power it would be really cool to possess. Unfortunately, I tend to forgo the fantabulous in favor of the more attainable.  See, here's the thing...most of those super heroes had to suffer some horrible tragedy or misfortune to attain their powers.

Spiderman got bitten by a radioactive spider.  Batman doesn't have any actual super powers, but in order to be inspired to come up with all of his gadgets, he had to suffer the pain and angst of seeing his parents murdered. Superman had his whole planet vaporized and then he basically got flung at another planet.

I figure I'd be willing to settle for some lesser power if I don't have to suffer too much to get it.  I'd be more than willing to stub my toe once in order to become Steel-Toe-Boot-Boy...able to kick the crap out of anything without hurting my foot.  Besides, it seems like all of the really cool super-powers are already taken.  As a public service, let me tell you what's left. 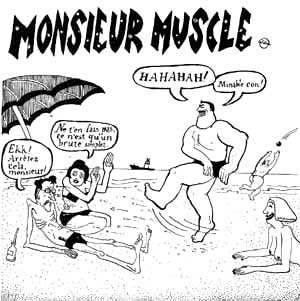 You'd remain a 98 pound weakling, but you have a built in force field surrounding you.  You're impervious to sand kicked at you.  You'll always get the last laugh...in French, no less.  The main drawback is that your force field is ineffective against anything with more mass than a grain of sand. Rocks still hurt.

MRI Man
You have the ability to see a detailed view of anybody's innards. But only if they stand completely still for 15 seconds.  And hold their breath.  And you can only make use of this awesome ability when all ferrous objects have been removed from your vicinity.

Super X-Ray Girl
Similar to MRI Man, her power has some disadvantages.  She sees through everything. She is effectively blinded by her super power.

Rube Goldberg Woman
She is similar to Batman in that her super power is really the ability to come up with any gadget necessary to combat any crime. 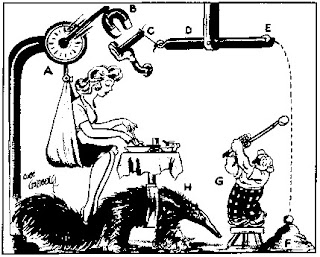 (No, I don't know what crime this gadget is fighting either.)
The main problem with this super power is that Rube Goldberg Woman always needs to ask the Evil Doer to wait while she goes to the hardware store to purchase the necessary components.  And sloths can be difficult to come by.
Perfect ComeBack Boy
Perfect ComeBack Boy always has the perfect response to every insult, barb or slight. His cutting wit can reduce any foe to a blubbering mass of chastened remorse. Crowds gather in anticipation of hearing him put any miscreant into his place.  Similar to Rube Goldberg Woman, his response usually comes 24 hours after it would have done any good.
ReversoMan
He has the ability to turn back time, rendering any misdeeds undone!  There are two problems...1.) He can't alter the future, so the misdeeds just keep happening over and over again when their time comes, and 2.) He gets no credit.  When he undoes the misdeed, nobody is aware that anything bad ever happened or that he had anything to do with making it unhappen.

The Human Slug
Ewwwww.  Just Ewwwww!
Posted by Nathan at 11:36 AM

Sorry, but I've already got the Perfect ComeBack Boy powers, though sometimes it takes more than 24 hours, maybe up to a week in fact.