Knock, knock. Who's There? It's The Vile, Base, Despicable Film Industry! 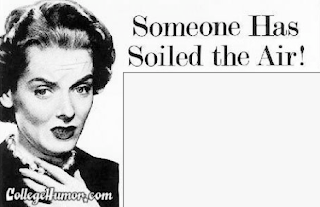 I've got a bone to pick.  I've got an itsy-bitsy bug up my ass.  I am experiencing mild vexation and a modicum of miff. *

Some of you piss me right the fuck off!

OK, probably none of you guys.  And, truth be told, if this actually were directed at you, it's highly doubtful you'd be reading this.  And if you were, you'd be too fucking obtuse to recognize yourself.  So, you, my angelic readers are all, officially, off the hook.

Here's the thing.  As you well know, I make my living by finding places to shoot the various scenes needed for a movie.  There are relatively few specific locations dictated by most scripts.  For every "Int. Grand Central Terminal", there are ten "Ext. beautiful garden"s, and "Int. Suburban Home"s.  Most locations are open to interpretation and, after trying to get into your Director and Production Designer's heads, you go out and look for this stuff.  I tend to knock on a lot of doors and ring a lot of doorbells.

For the most part, I'm greeted quite cordially, although frequently with a smidgen of perplexity. I mean, face it, unless you live in one of a few really iconic neighborhoods, you probably don't have somebody knocking on your door very often to ask if you'd like to have your house featured in a movie.  And when one of us does come knocking,  it's not the least bit surprising that you might want some evidence that we're really who (and what) we say we are.  It's not like we wear uniforms or have badges or some kind of Official Location Scout License to show you.

A little bit of doubt on your part is to be expected.

On the other hand, some of you react to a visit from a location scout as if we had walked in and taken a dump on your floor.  Some of you seem positively offended that we dare to think your home or business might work great in a movie.

Look -- when I show up wanting to film at your place, I'm making a perfectly legitimate business proposition.  In essence, I'm asking if you'd care to rent your property to the company I represent.  If we make a deal, we're going to sign a contract specifying exactly what my company can and can't do on your property.  We're going to name you Additional Insured on a highly comprehensive insurance policy.  And we're going to pay you...quite generously in most cases.

Whatever you may think of the film industry, I have not just asked if you'd like to sell me your sister. I have not just suggested you could make a lot of money if you'd be willing to meet my friend in Bogota and then carry a few little packages secreted away in some body cavity back to New York.  You did not just walk out your front door and find me pissing in your bushes. (Well, actually, I know a guy who did exactly that once, but there are exceptions to every rule.)

I assure you, I don't look down on doormen or waiters or receptionists.  So you'll excuse me if I get a little bit exercised when one of you looks at me with an expression that clearly states, "Oh well, the carpets were due for a cleaning soon anyway".  It's perfectly reasonable ask me to leave a card because there's no one available to speak with me now; making me cool my heels in your lobby for 45 minutes first is just plain obnoxious.  It's also perfectly reasonable to ask me to put my proposal in writing and fax or email it to you. But once you ask for a written proposal, and once I've sent it to you, you owe me a fucking response.  Note that I said nothing about a positive response...just a response of some sort.  I've been polite and professional...you owe me the same in return.

And you're completely within your rights to decide you want nothing to do with having a movie in your place.  Your reasons might be understandable; your neighbors already hate you and having a film crew there for a week might just kick things into the legal arena.  Your reasons might be delusional; everybody knows that film crews consort with The Illuminati and The Black Helicopters and aliens from Beta-Zordnoff-12.  Hell, you don't need any reason at all...it's your fucking place.  You don't even need to give me any reason for declining to host a movie shoot.  It's your place; you're free to do with it as you please.

But is it really such a strain to say, "Sorry, we're not interested"?  Must you act like the very proposition is insulting?

I'll leave you with one thing you might bear in mind:  No matter how much of a palace you think you may have, I've been thrown out of much nicer places than your shit hole.

-------------------------
* This little rant is not brought on by any specific  recent occurrence. It's a cumulative thing I somehow started brooding about yesterday for no reason I can recall.  This is, therefore, the venting of a spleen with more than 20 years of built up bile.
Posted by Nathan at 1:04 PM

I dunno...not sure the new-style nozzle on the bottle of BUG STOP is going to get this one for ya!

But I feel your pain. If I leave a message and request you call me or email me in return, how hard is it to pick up the phone. I don't care if the answer is Y-N-KMA, I just need a reply for my boss.

his is, therefore, the venting of a spleen with more than 20 years of built up bile.