I'm posting the results for Michelle's weekly Thursday Photo Challenge only a day late.  That's practically like time traveling to be early.  For me, anyway.

Let's start with Round: 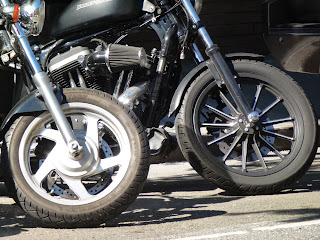 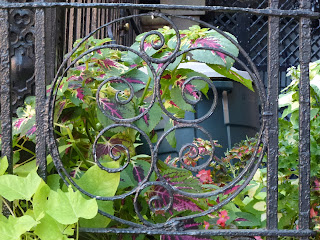 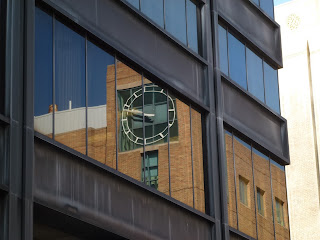 We'll move on to Square: 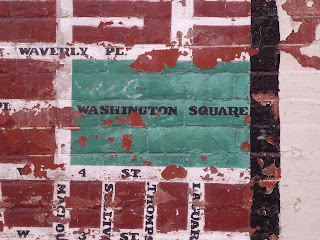 Which is a bit of an anachronism since New York doesn't seem to know the definition of a square.  Washington Square is one of the only square squares in the city. And I think even that is a rectangle.  Madison Square Garden is decidedly circular. Most Squares in NY are really Triangles. 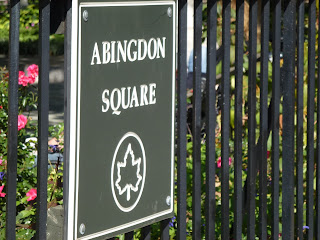 I didn't have a helicopter handy but I assure you, Abingdon Square is a big freakin' triangle. 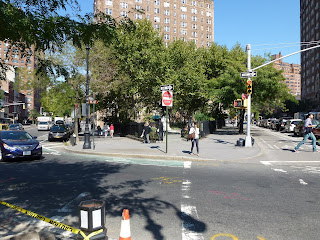 For the traditionalists among you, here's a "stay the hell off my triangle" triangle. 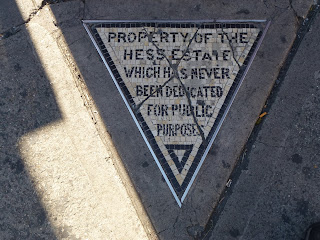 I did better than I expected with Sticky 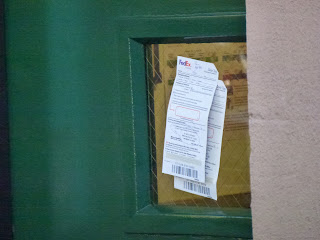 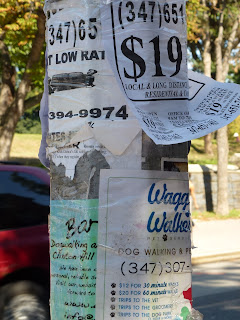 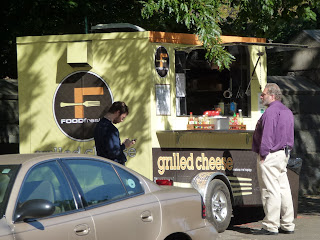 Procrastination is surprisingly difficult to come upon in visual form. And to be perfectly honest, I'm pretty sure this has graduated from "I'll finish cutting it down someday", to "I bet it'll fall down all by itself eventually". 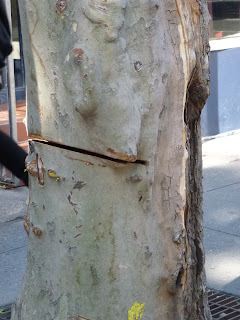 And, last but not least, we have faith.  Well, I don't have it but this guy does.  I think. (It's also entirely possible he's proclaiming a lack of faith, but I'm not looking a gift bumper sticker in the mouth...as it were.) 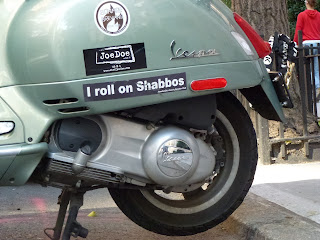 The bumper sticker guy is presumably proclaiming (a) a lack of faith and (b) an appreciation for one of the greatest films ever made, The Big Lebowski. Walter makes a big deal out of the fact he doesn't roll (bowl) or do anything else on Shabbos unless it's a matter of life or death.

Will you hate me if I admit I've never seen Lebowski? Oh, the shame.

P.S. I thought there was a slight possibility that he meant he just rolls around on his scooter on Shabbos without starting the engine, therefore, not "lighting fire". Admittedly, that would have been a real stretch, but...

I really like the round scroll work. And the mosaic triangle. Even if it makes absolutely no sense to me at all.

I figure faith is what you see in it. One of my "faith" pictures was a turning tree. I have faith it'll come back in the spring. (In case you were thinking I was a druid or something.)

I mean, I'm sure Erica has faith in something, even if it's just that the sun will rise in the east tomorrow and water is wet.

Though saying that, I challenged myself to come up with a say that the sun would NOT rise in the east. If the Earth's magnetic pole jumps, would that change "East" or is "east" older than the use of a magnetic compass? I mean, if the definition of east is the direction in which the sun rises, then east wouldn't change, even if a compass showed that direction to be west.

Did I just go too far afield?

The mosaic triangle is on the sidewalk in front of Village Cigars at Christopher Street and 7th Ave. Interesting history:

I liked the round scrollwork too, as well as the stay-off-my-triangle triangle. :)

I thought the last square also neatly encapsulated round as well. Could have been over, under, sideways, down, too. So now I'm just looking for backwards, forwards.

When will we learn?

No Lebowski from me, either.