Nothing major to report...just some random stuff.

1.  I ran across this picture this morning and I don't have anything particularly clever to say about it, but, DAYYUMMM, how can you see this picture without sharing it? (Come up with your own captions!) 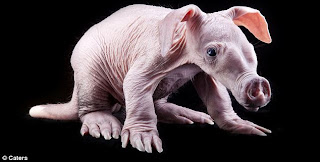 It's an aardvark that was recently born at Busch Gardens in Florida and abandoned by its mother.

2. I don't have any strong feelings one way or the other about the decision to not publish pictures of bin Laden.  If they'd been published, I'm sure I'd have looked at them...and then regretted looking.  You can't un-see stuff like that.  I also tend to agree that pictures won't convince anyone who's convinced the government is lying about killing him.  After all...

The moon landing was faked: 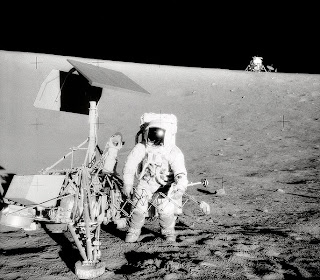 Obama was born in cave in Kenya or on an alien landing craft or in a secret communist, fascist, nazi, socialist, puppy mill in Brazil: 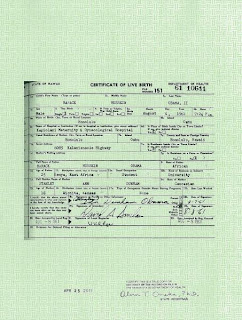 Michele Bachmann is a crazy automaton who was created by some bored MIT students after a night of heavy drinking: 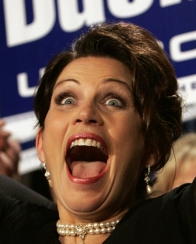 3. I ran across this site last night and pasted in my own face (with cigar).  I can giggle at this for hours! (Feel free to post links after you create your own self-abasing versions!) 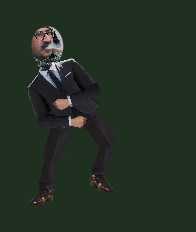 That's it for the morning but I'm counting on the world to provide more fodder later today.  See you then!
Posted by Nathan at 10:08 AM

I demand a retraction of your insulting claims about Rep. Bachmann. MIT students are capable of much better and less buggy work, no matter how drunk and bored.

I don't know Eric. We're talking about people who measure bridges in "Smoots". This could really go either way.

P.S. Have you created Ugly-Dance-Eric for our amusement yet?