I'm leaving on another Tech Scout in about 45 minutes, so...not much time to write anything for you today. So...here's some shots I took last week from a shoot for The Other Guys (Will Ferrel's next movie). They were shooting a scene at Chelsea Piers' Golf Club.

Look...here's where that is. (The green looking pier at the end of 18th Street is the driving range.) 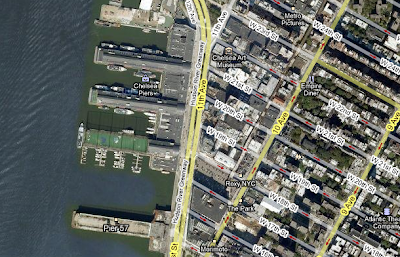 I honestly don't know completely what the scene is about, but there are bad guys on a helicopter and they...uh...go somewhere...and they shoot some stuff. And the good guys shoot back. Or hit golf balls at them. Or maybe there are the hounds that when they bark, they shoot bees out of their mouths. or butts.

Anyway...here are some pics. I don't have time to put them into any kind of narrative order. Tough!

Here are the "picture helicopter" and the "camera helicopter" getting ready to make a pass at the golf club. 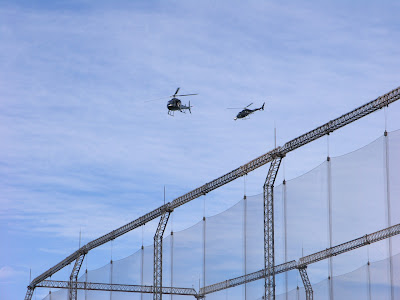 This is the picture helicopter making its approach for a shot. 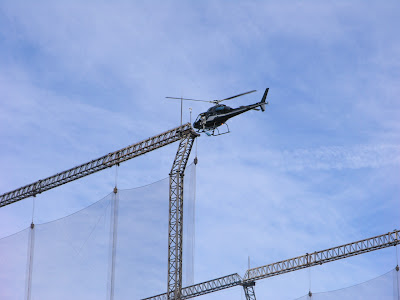 You can kinda see the bad guy leaning out. You can't see his machine gun, but trust me...he's got one. 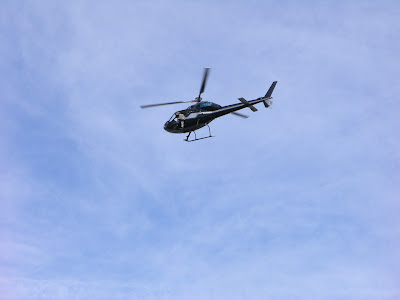 This shot looks like he's having second thoughts and climbing back in. I'm pretty sure that's not in the script. 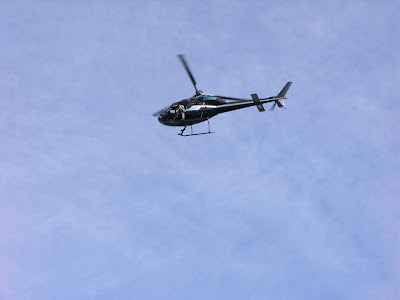 Lined up for another pass. 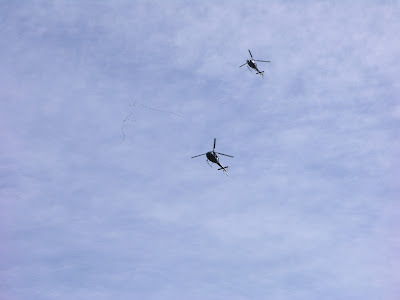 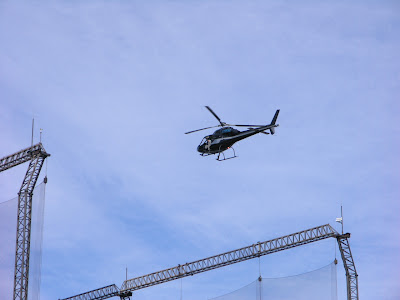 And this is when they hover low over the driving range. I think the guy jumps out. Or falls out. or gets shot. Or all of the above. 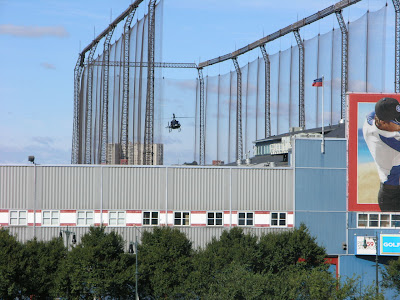 Some of the same. 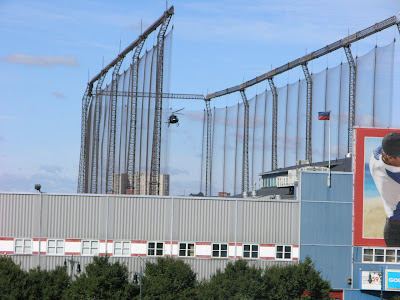 That's the camera in that bubble on the front of the chopper. 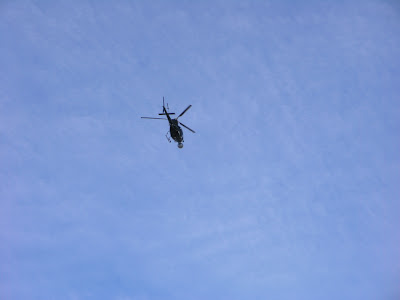 Here's when they were just hanging out waiting. 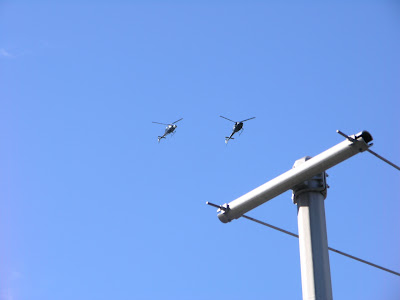 And here's a wide shot showing you the golf club and all of their trucks parked across the street. (I bring you guys the most exciting shit...don't I?) 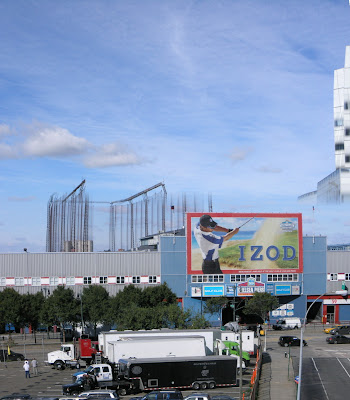 This shot is just here because one of the helicopters lined up with a contrail just right so that it looked like he was shooting missiles. I would have written in missiles if it was my movie. Everything's better with missiles. 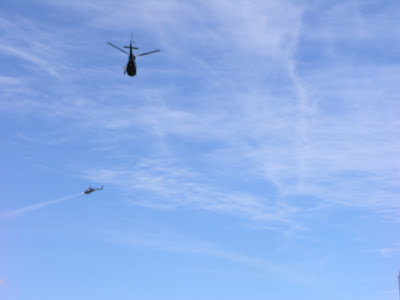 Just about anything is better if you can blow shit up...

Lived in downtown Atlanta for a brief period a few years ago. We've got a very active film industry here and they were always shutting down intersections or streets or whole blocks for something. Our neighborhood was a restored historic district with a lot of building conversions and 100-year old store fronts.

One night they notified the buildings in about a 20 square block area that there might be a short power outage during the evening. Seems whatever they were shooting required they simulate a blackout and the only way they could do it was to cut the power in the district and the power compahy was not sure if they'd isolated the correct circuits! Power did blink in our building, but a bunch of us had ordered delivery and were on the 18th floor roof deck eating dinner when the power went out! Looked kinda strange, the little island of black in the sea of lights. Sorry, don't remember 7 years later what movie it was.

Another time they shut down the Peachtree Street intersection in front of out building around dusk to do long vistas of the empty city streets. Never did figure out what that was for.

And zombies. Oh oh oh. Zombies with frickin' missiles strapped on their heads! They only get one shot (and then their head blows off during the launch).