More Glitz And Glamor On The Set.

OK, guys...here's another look as I pull back the curtain and reveal more of the glamorous life we production folks live behind the scenes. (With photo credits going to Malcolm Alston.)

Here I am out on the street with all of the trucks. There's no room on set and it's boring in there anyway. I've already had forty cups of coffee and somehow, the snacks at Craft Service don't look any more appealing now than they did an hour ago. So I do what any other self respecting production guy does. I help one of the PA's hold up the fence. I think we're doing a brilliant job. 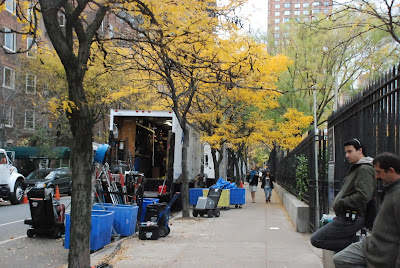 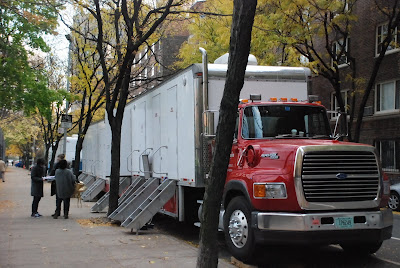 Most of them are dressing rooms for cast members who don't get their own big-assed trailers. But there's also a production office. How's that for glamor? 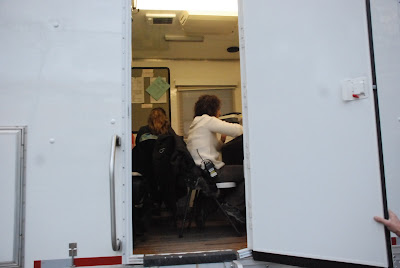 That's Lisa, the paperwork PA on the left and Megan, the 2nd A.D. on the right. They're buried in paperwork. If they open the door, it's just like having a window. A really noisy window with people bugging them...like Malcolm and I. 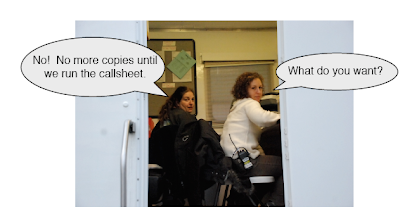 I'm not sure they appreciate our visit. 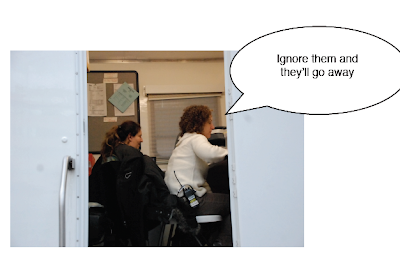 And ignoring us just makes us more obnoxious. Look at all of that space. It's practically the corner office! 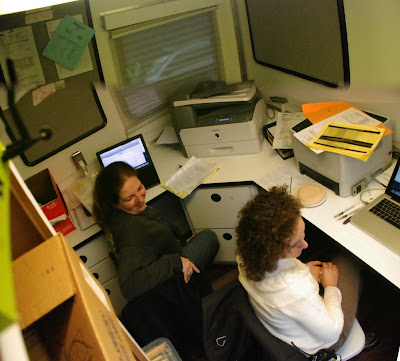 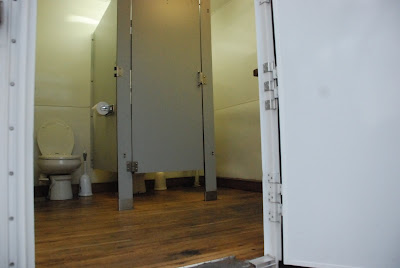 Tell your AD if you don't stop bothering her that she should call me. An on-set delivery of delicious Chinese food might be in order, since you seem to be too picky for Craft Services.

I hesitate to think what your nickname on the set will be after that. :D

Now, if there were legs in that last shot, that would have been something.