The People Deciding Our Current Space Policy Grew Up With This Stuff. Relevant? YOU DECIDE!

I ran across this stuff yesterday on a link to LIFE.com.

Sure, it's great that kids could imagine being on a Space Patrol!  But they couldn't imagine getting farther from their partners than the length of string connecting their hi-tech tin-can phones. 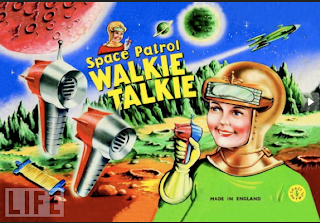 Automatic Orbiting Actions are a great thing. Guaranteeing we won't fall off the table might have set the bar a little low. 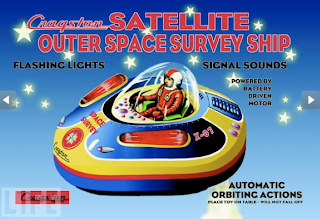 I have no idea what's going on here.  There's a guy-powered robot(?) with a rope(?) connecting him to his space ship.  And he's got some kind of big-assed TV on his chest.  AND there's a bunch of people standing around in their street clothes trying to figure out why he needs all that hardware.
Or maybe this was just a way-ahead-of-its-time ad for the iPad? 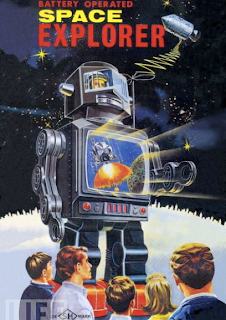 This one is totally retarded...but at least it (kinda) say, "We come in peace". 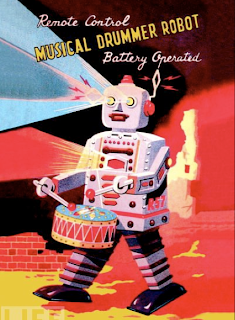 We seem to have been really impressed by sparks.  I hope that isn't one of the driving factors behind any current designs for exploration. 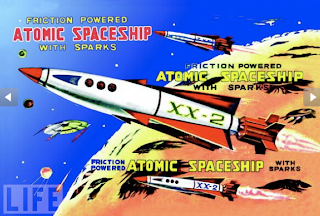 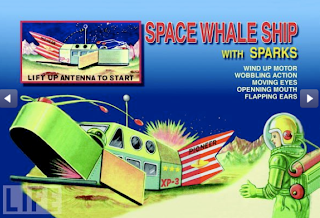 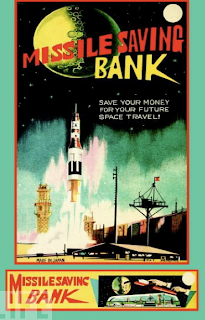 Now, we get into some 'MURIKIN type messages.  "Take that, Space Coppers!" 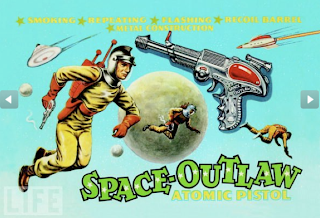 More evidence that space would be a dangerous place where you needed to be prepared to illuminate stuff so it could be seen with 3-D glasses. You may also note that we were in grave danger of sandstorms and smacking our heads into shit but space would have totally breathable air. 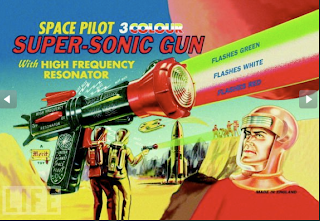 I totally would have rather been a Space Outlaw than this pansy! The Planet Patrol had to wear pink helmets.  Puh-leeeeze! 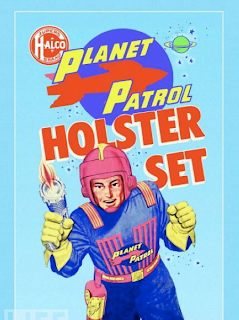 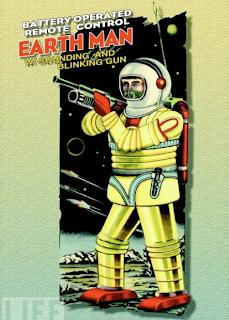 "OMG, Creche-Brother-Krandoor-thon.  It's another EARTH MAN." 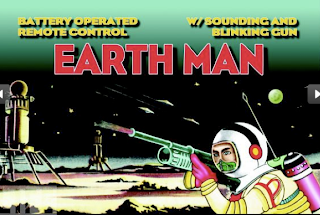 Now, here's a product worthy of Sea Monkeys and X-Ray Glasses.  This one has Non-Stop Mystery Action!  "What's it do?" "Heck if I know -- it's a mystery.  But it's non-stop!" 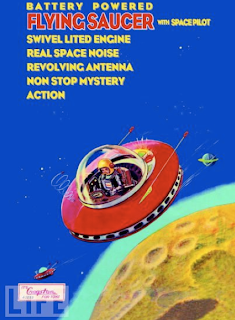 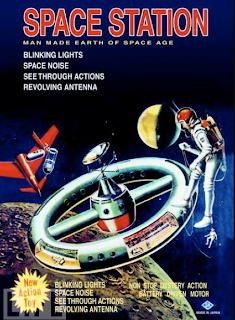 This one not only has mystery action; it's got missiles and two light saber penises!  You don't want to mess with Robotank-Z! 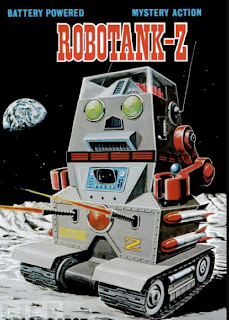 "You should smoke the brand that Smoking Space Man smokes!  Winston tastes good -- like a cigarette should!" 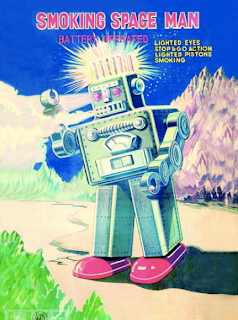