The Right Needs Some Better Celebrities

Who are these Crazy Celebrities they're quoting?
-Victoria Jackson: Saturday Night Live has-been who wasn't all that funny when she was an is-am(?).  Most notable recent public appearances include guest shots on The 700 Club and speaking at Tea Party Rallies. 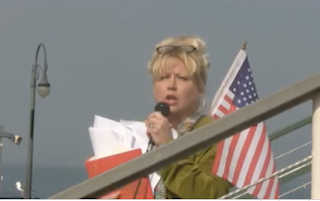 Victoria Jackson speaking without the aid of a teleprompter.  I hope the wind stays calm.
-Jon Voight: Played Principal Dimly in the Bratz movie.  Chief source of recent attention is his ongoing competition with Michael Lohan for Father of the Decade honors. 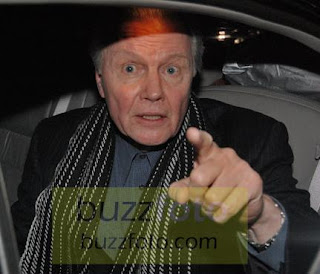 "I used to be somebody you stupid fuck, you!"
-Stephen Baldwin: Voted Least Likely To Succeed at 3 straight Baldwin Family Reunions and counting.
-Ben Stein: The Dweeb who refuses to fade away.  Most recently made headlines when the NY Times fired him for his pitchman duties for FreeScore.com.  Still appearing on their commercials.
-Ted Nugent: I thought he was pretty cool back in 1978.  I also thought FedEx was a really stupid concept and they'd never last.  Nuff Sed. 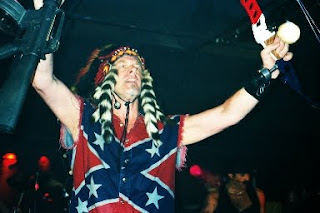 This is the list of Obama detractors the Right can come up with?  Really?
When the Left needs a celebrity to say something polarizing and get the Right all foamy, we trot out The Dixie Chicks...Sean Penn...Alec Baldwin!  These are people who inspire movie boycotts and mass burnings of CD's.  In the old days, the Right had people like Charlton Heston and Anita Bryant...people who could inspire some true loathing.  Does anybody really expect me to bother getting vexed over anything Victoria Jackson says?

Somehow, it just doesn't seem fair.  No wonder they all think Sarah Palin's a rockstar.

I guess I could work some interest in whatever Stephen Baldwin has to say about The Usual Suspects; that movie is still an all-time fave and Baldwin's character has some pretty good lines in it. But beyond that?