I’m On The Wrong Track, Baby. I Was Born This Way.

It's accepted wisdom that, in many ways, the person you’re going to be is hard-wired into you at birth. Nature has prevailed over nurture.  As such, it’s also considered bad form to profess that one can, or should even desire to be  “cured” of most predilections.
I know – in a perfect world, I’d be able to accept myself for who I am – but we don’t live in a perfect world, do we?  Increasingly, because of my affliction, I’m unable to compete or even to be acknowledged in the marketplace of ideas.  I'm at a huge disadvantage, due solely to an accident of birth.  I'm marginalized, disregarded and maligned because of my "otherness". And whether genetics or some other factor is actually to blame, I don't care!  I want to be cured!
And today, I’m coming out of the closet to plead for the help I so richly need and deserve..  Yes, I'll admit it.  I’m a part of the sad and pathetic Reality Based Community. (Kindly refrain from using the “R” word – Realist.  It’s a pejorative and it’s considered quite insensitive.)
I’ve tried to embrace my horrid aberration, but I just don’t have the strength anymore.  I want to have it easy like everyone else.  The torture of being held hostage to verifiable events is killing me!
I want to prove my arguments by pointing out that Noah saved two Americans from each of the Fifty States on the Mayflower.  I should be able to demonstrate that George Washington and Millard Filmore carried on a decades long love affair and that they petitioned repeatedly for the right to marry.    Oil should be 38¢ a barrel because I’ve had the same bottle of raspberry-infused olive oil in my cabinet for six years.  That stuff is endless. It should practically be free!
I know that the Earth was colonized by a sentient race of cattle 328 billion years, 46 days and 53 minutes ago.  They’re coming back sooner or later and we’re gonna be in deep shit.
I want to be acknowledged as the creator of Velcro.
I own the Gulf of Mexico and BP owes me a cubic buttload of money!
I was born in Kenya and I have a document in a safe deposit box (signed and notarized by Her Royal Highness, Eunice, Queen of Kenya) stating that I get a 15% royalty from each and every one of those email scammers. (It was my idea, but it’s not my fault.)
I should be getting residuals for all of those episodes of MASH, Lost, 24, I Love Lucy, Three’s Company and South Park that I wrote.
I, too, deserve unfettered access to correct every Wikipedia entry that doesn’t confirm my wishes beliefs wisdom. (Actually, I’m not sure how to be a Wiki contributor and I have no wish to invest any time in learning, so I should have a cadre of loyal minions eager to it for me.)
In the interest of a fair and level playing field, I demand a cure! 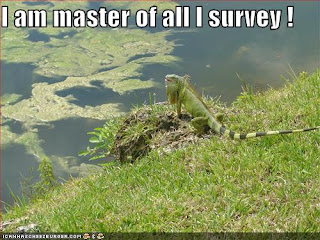 ZOMGWTFBBQ!! I suffer from the SAME EXACT AFFLICTION! Who knew it ran not only in the Semites, but in the pasty white girls of Northern Europe, as well?

A CURE! WE DEMAND A CURE!

I have to admit I was half-expecting to get a string of "WTF is he talking about this time" comments.

Janiece, as a fellow Pasty White Girl of Northern Europe (with just a sprinkling of Native American), I can attest that the Dreaded Affliction of the Realist Based Community runs through our pasty red blood. 'Tis a sad, sad thing.

Doesn't Marcus Bachmann run a group to help people like us?

If you was a True Believer, ya wouldn'ta needed no cure. Since you ain't, get real, they got no cure.

Dude, where are your blue photos? Surely you took Thursday (or Friday or Saturday) photos. Yours are always AWESOME.

In other news, I too, suffer from the reality disease, with a strong secondary infection of naive idealism. Perhaps it's a pandemic?

Jeri, I was feeling particularly uninspired last week. Consider me on a brief hiatus.

Tomorrow I am going to totally tell all my fellow Christists about what a freak you are when we gather in front of the "t" at church and pray for lots of home runs when our team plays in the football tournament later, and we'll all laugh because you're different from us Realamericans! Ha! Loooooooser!