Hey! It's that time of week again.  Thursday is when those of us who choose to accept them receive our marching orders for what type of photos we should go out and get.  And then I post mine...on Thursday or on Friday or on Saturday!  Or I miss the week altogether.  You can practically set your Julian Calendar by it!

And this week, especially, I kinda played fast and loose with the themes.  And if there's anything Patriotic about my shots, I'll be damned if I could tell you what it is.  (Oooh, oooh, oooh!...I know; it's the fact that I took liberties with the themes.  Liberties am Patriotic!)

Also, I couldn't tell if the list had officially expanded to 7 themes from 6 (since Jeri counted wrong last week), or if that last theme on the list, "Respect", was the bonus you'd get for getting a Red Form of Transportation, a Blue Flower, and a White Dwelling all together in one shot.  I didn't, so I don't get a bonus, and I didn't shoot any damned Respect!  'Cause I didn't earn it(?) 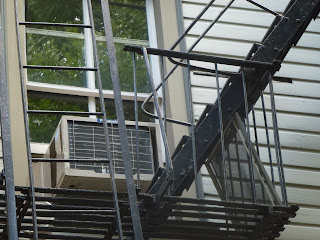 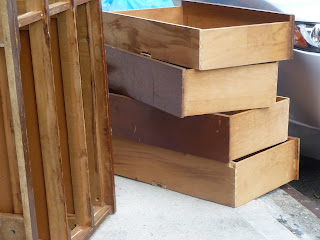 A Symbol (Not a Flag): I think these count more as logos, but...

The first is a place where you can buy stuff for your dog. 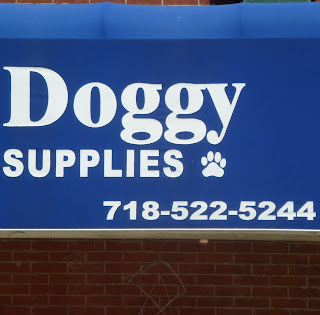 And then there's a place where you can buy fish. 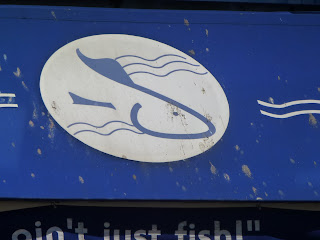 Here's a place to buy children. 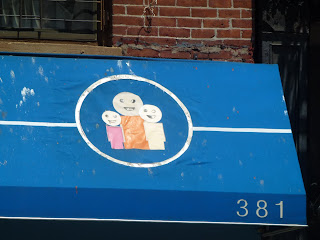 "If you can't find your car later, it's your own damned fault!" 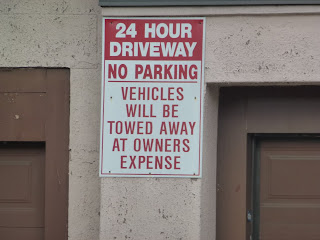 "The Government shut me down, but it wasn't my fault!" 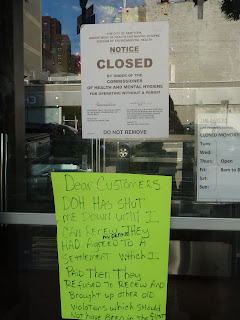 This may look like an ordinary red door, but it's not!  It's a portal!  I've seen people go through that door and then I've never seen them again. I'd go through it myself, but there's no telling where I'd end up! (Well, that and I don't have a key.) 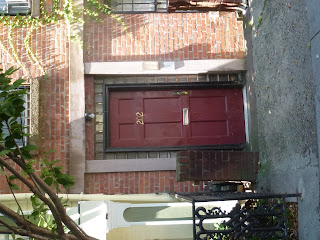 This truck is being driven by Commie Bastards.  Nuf Sed. 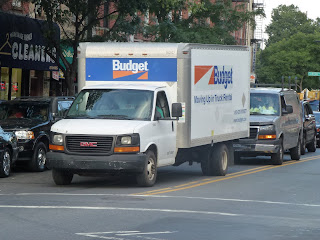 You have no idea how friggin hard is was finding a damned blue flower yesterday.  It was starting to piss me off. And don't you dare try telling me it's a little more purple-ish than blue.  Don't make me pull this blog over to the side of the road!  You won't be happy with the results.  And just you wait 'til your father gets home! 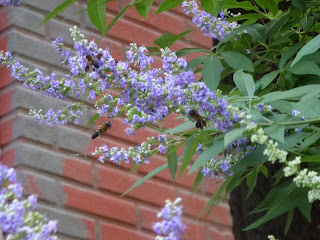 This place is really more of a cream color.  Thank Gawd my computer could fix that defect. 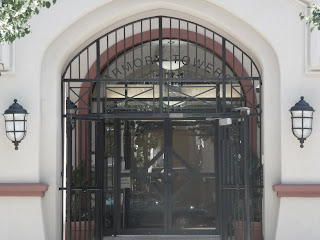 No matter what time you go into this Deli (this is the one we call that Al Jezeera Deli), you'll find the same guy behind the counter.  Since he seems to live there, this counts as a dwelling! 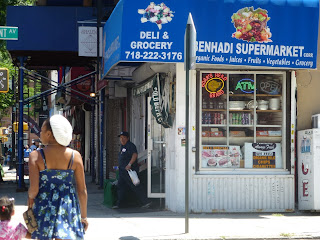 As previously mentioned, I don't get no Respect.  I can live with that, so you should too.
Posted by Nathan at 10:38 AM

Liberty, equality, fraternity! No wonder you don't get no respect. You're French!

Vince, there's no mention WHATSOEVER of equality or fraternity in my post. How dare you accuse me of promoting harmony and congeniality.

Take back that vicious slur!

I'm still looking for respect (ha, ha) and for my all-in-one shot. I may burn some shoe leather up and down the streets of W Seattle (where not impeded by SWAT teams) looking for that elusive pic. We have blue flowers though, lots of 'em!