Polybloggimous Invites You To Try Your Hand At Talmudic Scholoarship. 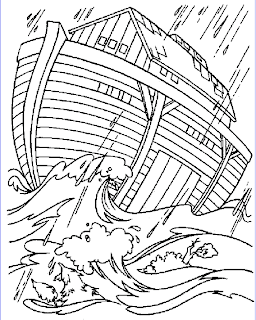 One of the most common themes in both the Old and the New Testament is that we're all puny humans and God's will is unknowable.  He's the big guy and it's impossible for us to conceive the BIG PICTURE.

For some odd reason, there's no shortage of people who are willing, nay, eager to tell you God's purpose every time something bad happens.  Pat Robertson and the late Jerry Falwell are (were) sure that earthquakes, hurricanes, floods and everything else are the fault of America for tolerating gays. This seems to be the rule regardless of where these cataclysms occur...Americans' tolerate gays, so Haiti gets flattened.

Glen Beck is on record pronouncing why bad things happen to good people. Or bad people...I'm not sure. He's a bit unknowable too.

The Westboro douchebags are a bit more specific.  Americans tolerate gays and Jews (and Vegans?), so God kills American soldiers.

Thanks to Deus Ex Malcontent, it's been brought to my attention that Michele Bachmann thinks God is really concerned with American political parties.  Over the weekend, she had this to say:

"I don't know how much God has to do to get the attention of the politicians. We've had an earthquake; we've had a hurricane. He (God) said, 'Are you going to start listening to me here?' Listen to the American people because the American people are roaring right now. They know government is on a morbid obesity diet and we've got to rein in the spending."

I'm more comfortable with the Talmudic tradition which basically had a bunch of guys arguing about the meaning of anything and everything.  They kinda took that whole "unknowable" thing as a prime directive and then assumed that every question of God's purpose had myriad possible answers.  Let me give you an example.  Let's say they wanted to figure out the Biblically correct response to a situation; first they'd lay out all of the details:


If a non-Jew eats a  Double-Double with extra cheese and mayonnaise from In-n-Out Burger while plowing his field and he drops a portion of his lunch in his field and a mouse comes along and eats the dropped portion of his lunch and the mouse is eaten by a hawk before the mouse's meal has been digested and then the hawk flies into your wheat field and dies of old age before it has digested the mouse with the undigested Double-Double with extra cheese and mayonnaise and lies undiscovered in your wheat field, will the milk from the cow you bought from your Uncle Menachem still be kosher?

Talmudic study is big on specificity. The answer, by the way is that Uncle Menachem is a well-known gonif, and why would you buy a cow from him.

No, actually, if there were 12 Rabbis discussing the question there would be a different answer for each of the Rabbis and one of them would be really open minded and he'd argue 3 sides of the issue.  This is as it should be.

If we're going to try to divine God's purpose in sending earthquakes and hurricanes and forest fires and droughts and Kim Kardashian to us, I'd like to suggest that we widen the net when looking for answers.  For example, the most obvious response to Michele Bachmann's assertion is that maybe God wants her to shut up and God thinks the Tea Party are a bunch of silly prats who might have been amusing for a little while, but the joke has gone stale and they should crawl back under their rocks and leave us all alone.

Edited to add this aside:  It's been suggested that if the hurricane was really a punishment sent by God, it would have turned left up the St. Lawrence Seaway and continued until it got the Minnesota's 6th Congressional District. Michelle is their fault, after all.

But even that explanation shows more than a bit of chutzpah. It is a bit USA-centric, n'est pas?  Who are we to say that God isn't rooting for the Chinese and He wants our economy to tank so Asia can take its rightful place in the world order?

And that possibility is obnoxiously Earth-centric.  Maybe there's another planet out there and God's decided their population is better than we are and he's preparing the Earth for an alien invasion.  Maybe these phenomena are just holy terraforming for a race of beings who prefer a watery rubble-filled landscape!

Maybe God uses a cannon when dealing with mosquitoes and that whole hurricane was solely for the purpose of flooding Merlin Lowery's basement in Parsippany!

The explanations are endless!  Let's hear yours.

I'm pretty much down with the idea that G-d will be sending a plague of frogs forthwith if Michele Bachmann doesn't shut the fuck up.

There's a deity I could get behind.

Conservative pundits and politicians hell bent for leather on making the US a theocracy are God's 11th plague on Egypt. One so foul of stench, even the Angel of Death as envisioned by Cecil B DeMille would have balked at taking them. And it licked the toes of those Egyptian generals.

I think G-d is pretty much sitting back and letting us have at it.

Probably has a cold drink and is sitting in a rocker, occasionally yelling, "HAROLD! Get out here! You're not going to BELIEVE what they're doing now!"

G-d is NOT, however, wearing curlers and a flowered house dress. G-d has more pride than that. (But G-d does have a shotgun for shooting varmints outta the garden.)

Janiece, I think he is sending corn dogs

Finally someone explains that "Hark the Harold angel sings."

There's a rough draft for everything you know.