Another Trip Down Memory Lane.

During the 1972-1973 school year, I was in 7th Grade.  I'm not entirely clear on the details, but part of Jacksonville's school desegregation plan called for reorganizing the whole Elementary through High School system of what grades were grouped together.  At least I think that was the purpose.  Anyway, when I was in those grades, Jacksonville had separate Sixth and Seventh Grade Centers, filled entirely by students in one grade.  I ended up at the Douglas Anderson Seventh Grade Center, which is now, according to their website, a High School called Douglas Anderson School for the Arts.  (It appears to be a pretty highly acclaimed school!)

Alas, I don't remember it as such an exemplary place. In addition to all of the Academic and Arts programs they've added, they appear to have installed all sorts of modern conveniences...like air-conditioning!  (I don't think I saw an air-conditioned classroom until I got to 10th Grade.)

Before I get into my experience in 7th Grade, let me remind you of the level of technology we were dealing with in 1972.  This is what a keyboard looked like: 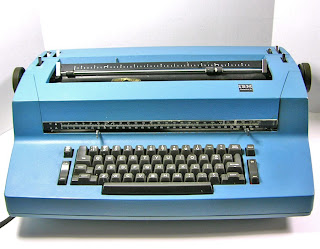 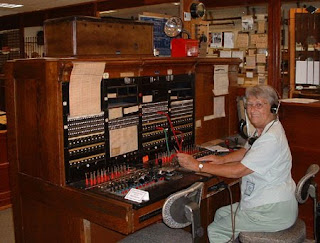 (For those of you who don't recall switchboards at all, they were a way of connecting telephone calls.  The lady--it was always a lady--sat there and connected one set of hoses to another set of hoses and then the hose to your telephone was connected to the hose of the person to whom you wanted to speak and then you could yell at each other through the hoses.  For long distance calls, there were intermediary "yellers" who would relay your yelling to the person to whom you were speaking.  It's a little known fact, but submarines were considered fairly useless until the need for Trans-Atlantic intermediary yellers came into being.  This stuff is all absolutely true; ask somebody old.  Oh, and this is where Al Gore got the idea for inventing the InterTubes.  Unfortunately, his concept of having information relayed to artists who would then draw the porn for the recipient didn't catch on.)
This is what photocopiers looked like. 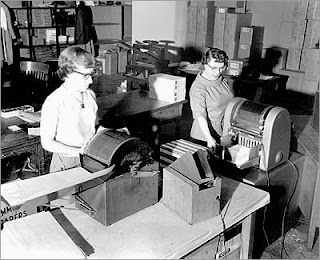 They were actually called Mimeograph Machines.  They were really messy and the stencils you had to create to go on them were a pain in the ass...sort of like trying to handle a long sheet of Saran Wrap...coated with lard...on both sides...and the lard is blue!  On the upside, the authorities didn't seem to realize that the smell of mimeograph ink was actually the first gateway drug opening the door for all other adolescent and teen experimentation!  "Hey man...did you get a whiff of the notice about tomorrow's Pep Rally? That was some Primo Memo!"
And just one more bit of old Tech for you...this is what a SmartPhone used to look like! 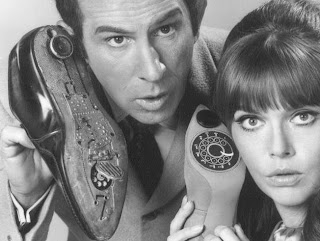 OK, now that I've immersed you in the era, I'll tell you the little that I remember about about my experience at Douglas Anderson Seventh Grade Center.  First of all, as I alluded to, it was HOT.  You walked from un-air-conditioned class to un-air-conditioned class through various breezeways and across an inner courtyard.  The school was built to efficiently take advantage of prevailing weather patterns so that no breeze could ever find it's way into the breezeways.  The courtyard was dry and trampled so that the only thing other than dusty sand, was a layer of dead pine needles.

The only teacher I can remember was my Algebra teacher, Mr. Walker.  He was a long-haired (presumably) hippie-freak and he was always really nice to me when he told me how badly I'd screwed up the latest assignment.

Lastly, I remember Shop Class. All the girls, of course, were expected to grow up to be Mothers and Wives, so they took Home Economics. (I'd bemoan having grown up in a time when I couldn't take those cooking classes myself, but I'm pretty sure they were only taught deep frying, boiling water and how to bake pre-packaged cake mixes.)  The boys, on the other hand were apparently all expected to need a vocation.  Now, I've got nothing against being able to work with your hands -- I wish I was more adept at it now -- but I'm pretty sure we were all being prepped for a life on an Assembly line.

The first half of the year, I was assigned to Metal Shop.  I have vague memories of heating up and bending some iron.  I remember some big machines for stamping out shapes from sheet metal.  I remember sharp edges and lots of bleeding.  I don't remember ever completing a project.

Wood Shop was a little bit better.  I completed two projects in that class.  First, I built a birdhouse.  I don't think the birdhouse was especially well constructed and I have no idea what ever became of it.  It looked a lot like this: 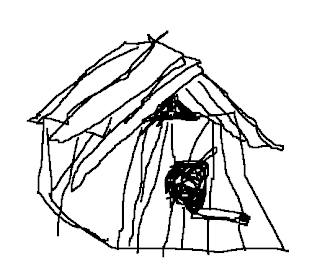 Maybe the birds demolished it in protest.
The next project went a little better.  I was really proud of it.  I had looked through the plans of various projects we could take on and I decided on the one that spoke to me...a combination Hat Rack/Mirror/Drawer unit that I envisioned hanging in our front hall at home. Dad was going to have to buy the mirror to fit in the space meant for it, but I was doing carpentry! And it really didn't matter that hats had, mostly gone out of fashion.  My Mother's Father might have still been wearing hats at the time, but if he was, he was the only one I knew who did.
Anyway, I actually did a fairly good job on my Hat Rack/Mirror/Drawer Unit.  I had to give up on the drawer part actually functioning and just nail on a front that looked like a drawer, but the space for the mirror was perfect.  There were spaces to hang Six hats! (If Papa - that's what we called him-- brought over any other hat-wearers, it would only be polite to have room for their hats...right?)  And that sucker was sanded and varnished to within an inch of its life.
I couldn't have been more proud than I was the day I brought it home and presented it to my Mother.  And then she asked me what possible use we'd have for a Gun Rack.  D'oh! 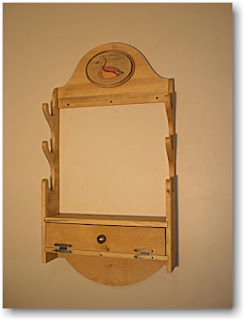 (A lovely example of what my "hat rack" might have looked like.)
I wonder who's attic my masterpiece is gracing these days.
Posted by Nathan at 2:33 PM

My school didn't have air conditioning either,. although being in Minnesota, it wasn't the heat, but the cold that you wanted to able to combat.

Yeah, I was no Jim Wright in shop, either. I made a night stand that turned out fairly well, and held on to it for some time. Somewhere along the way I lost it - couldn't say how. Also a wooden duck and a duck decoy using Styrofoam. Those turned out fairly well, but also have disappeared into the mists of time. Didn't like the class, didn't want to take it, which is why it was required.

I also remember the smell of mimeograph fluid. Ahhhhh....

And typing class on electric typewriters.

We desegregated the Dallas schools about that time, too. Not a pretty picture. And, unfortunately, it still isn't...

Ah, memories... an IBM Correcting Selectric Typewriter. When they came out with the correcting model it was a banner year for typing tech. Still have one of the script typing balls to fit it too.

Have special memories surrounding the summer of '74, my college yearbook staff office and just such an IBM blue unit like that.

I'm pretty sure that blue typewriter was the only typewriter available for about 10 years. (Although I do remember my Dad still using some 50lb. manual thing in a big carrying case. And his "adding machine" had those rows of digits to depress and then pull the crank on the side to activate them.)

Well, Action Hero is in no danger of losing the "Woodworker King" title in the UCF world.
The birdhouse you tried to build a few years ago was eerily similar to your sketch
Affectionately
Anon GF

Hah! I'll have you know the birdhouse I (halfway) built a couple of years ago was brown!

Wait, your sketch was supposed to be a birdhouse? I thought it was that Metal Shop you were talking about. Or, at the very least, the Wood Shop.