A Bridge To Everywhere!

Name one bridge that goes over the Hudson River, stops in New Jersey, tries out the East River (while going under the Brooklyn, Manhattan, Williamsburgh, and Queensborough Bridge), and then settles on a spot over the Harlem River.

Need a little background?  OK.  First of all, that river on the East Side of Manhattan is called the East River and it isn't really a river at all.  It's a body of water that flows both north and south, depending on the tide and it connects Long Island Sound to NY Harbor.  If you go north up the East River and turn left, you'll be on the Harlem River --- an 8 mile stretch of water separating Manhattan from the Bronx and flowing into the Hudson River.  And there are 15 bridges spanning the Harlem River.

One of them, the Willis Avenue Bridge, has been there since 1901.  It's got a few problems.  The ramps and approaches to the bridge are a mess, causing serious backups and waaaayyyyyy more than their share of accidents.  And in spite of nearly constant repairs, the thing has been falling apart for years.  So we're getting a new Willis Avenue Bridge. 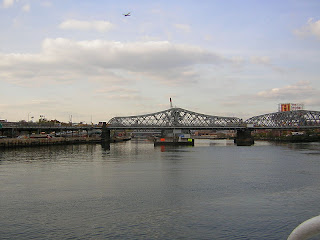 This is all fairly normal --- except for the fact that they decided to build the new bridge 135 miles upstate in Coeymans, NY! 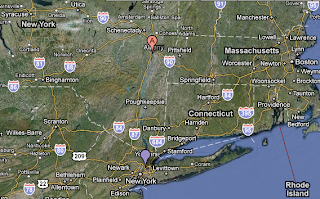 Since the middle of July, the bridge has been on two barges that were welded together and it's been making its way to its new home.  Here's a shot of it on it's way down the Hudson. 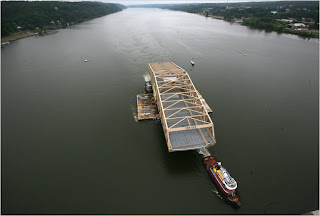 I don't know all the ins and outs of the deal, but it's been sitting at a dock in New Jersey for the last couple of weeks and today, its on it's last leg of the journey -- headed up the East River. If you're wondering why it's going the long way around, that part actually makes sense.  When it's in place, it'll be the furthest south span of the Harlem River, and most of the other bridges it would have had to pass are fairly low.  Seven of them are Swing Bridges (they rotate on a central pivot for river traffic), but when they're open, the passage isn't wide enough for the bridge and its tugs to get by.  The bridge, itself, is 77' wide, 350' long, and 66' tall. 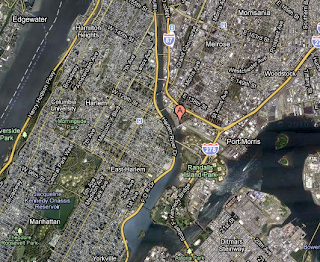 So, today, the bridge will go under a bunch of other bridges on its way to, ultimately...being a bridge.  Cool huh?
For a bunch of reasons, all of this makes sense and it's more cost effective than having built it in place, but I choose to believe it's being done this way mostly because  NYC prefers to do shit its own way!

Edited to Add this shot from the NY Post of the bridge headed up the East River with the Brooklyn Bridge in the background. 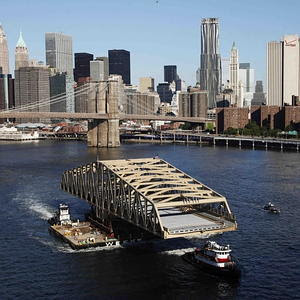 Hey! Alaskan bridges are necessary. Have you ever looked at a map of Alaskan and noticed there are no lines connecting all those dots?

"NYC prefers to do shit its own way!" That should be on a sign somewhere! Maybe a bunch of signs.

So, if Alaska has a bunch of somewhere's to build a bridge from and to, why'd they build one to nowhere?

By the way, LOVE the new retro look!

Thanks Tom. I may still monkey with some of the colors.

Liking the new digs..kind of makes me wish i had brought a house warming gift...