Your Latest Lesson In Brooklynology.

Whether you've been to one or not, you're all familiar with Studio Backlots, right?  Mostly, they're just a bunch of building facades put up so it looks like you're on a street Paris or Dry Gulch, NM...or NYC! 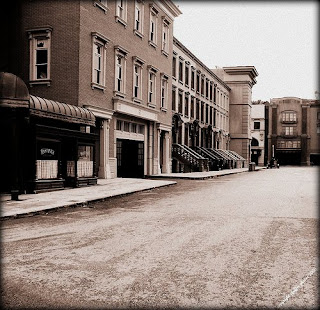 There might not be anything on the inside but a bunch of 2" X 4"s holding up the front wall.  If the builders are really ambitious, there'll be places to mount lights inside the windows or even some indoor platforms so you can place extras inside the "rooms" so it looks like someone lives there.
It's common knowledge that if you manage to get inside some of the buildings on Disney World's Main Street, you'll soon find yourself in the the underground "backstage" areas the "Cast Members" use when they're not "on".  But, Shhhhhhhh! Don't tell the children.  Do you wanna be responsible the trauma some kid would experience at seeing Tigger walking around with his head under his arm?  I don't think so. 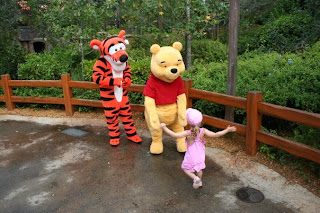 It turns out that Disney and Universal ain't got nothin' on Brooklyn...if you only know where to look.  If you go for a stroll through Brooklyn Heights -- and you look closely enough, you may notice that there's something just a little bit odd about the townhouse located at 58 Joralemon Street. 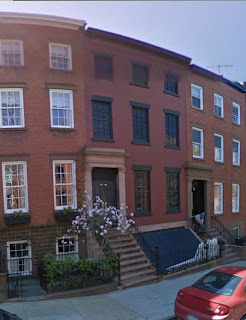 First of all, there's that weird metal plate covering the street level windows and what would usually be an entrance to the garden level apartment. 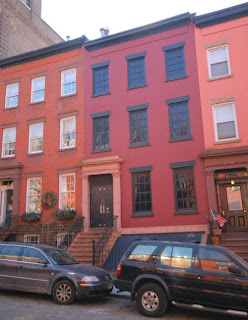 Then, there's the fact that those windows all look awfully dark. 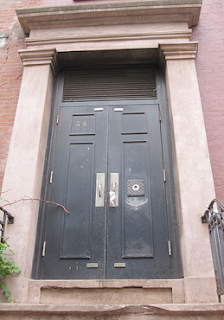 New Yorkers certainly lock their front doors, but you rarely see locks that look like they could be on a cell block at Sing Sing.
And then, everything starts to become clear! 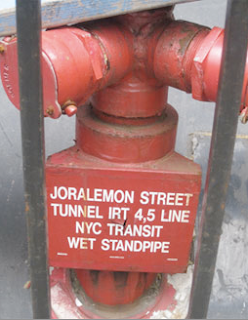 The house is actually owned by the Transit Authority and it serves a few purposes...none of them related to urban domesticity.  Inside, there's a ventilation shaft for the 4 and 5 trains' tunnel connecting Manhattan to Brooklyn.  And there's a bunch of electrical equipment.  And, last, but certainly not least, there's an emergency escape stairway from the subway tunnels to the street.

Lest you think this is strictly some ingenious artifice with a mind toward Homeland Security, think again.  The "home" was originally built in 1847 by someone who actually did live in it. Then, it was purchased and transformed to it's current purpose in 1908 when the IRT Subway lines were built. You really have to thank them for their foresight.  You wouldn't exactly want a ventilation shaft like this in the middle of a quaint Brooklyn street. 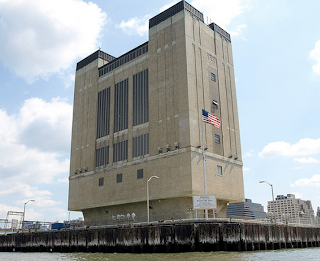 That would suck big time.
And trains do break down in tunnels sometimes. That's not the end of the world when you're under land and the nearest subway station is no more than a few blocks away. But what if the train breaks down somewhere under the river?  From the mid-point of the East River, to the first stop on the 4/5 lines is a distance of almost two miles.  So, they needed an emergency exit somewhere closer to the shoreline...and it ended up in the middle of a residential neighborhood.  Nice of them to make it blend in as well as they did. 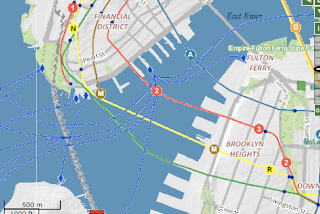 That green line is the subway route we're talking about.
Oh, and one more thing.  Maybe you're thinking that in spite of the fact that it was built before security was such a big issue, that I'm still spilling some beans better left un-spilled*.  Hey, I used to live in that neighborhood and I've known about the place for years. It's more or less, an open secret. (Seeing a few guys dressed like this coming out the front door to sit on the steps and eat their lunch tends to clue in the clueless.) 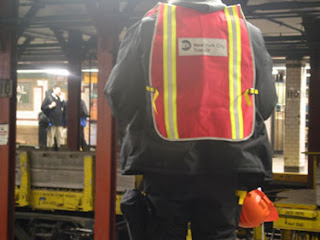 I never knew the subways went under the river. :)

In your defense, I used to think the trains ran thru a pipe below the water. I didn't realize it was a tunnel thru bedrock under the river bottom.

Then again I used to think lots of wrong things.

There are a couple of other ventilation shafts hiding as houses, at least one in the village and there will be one associated with the 2nd Av. line.