Doing My Part To Make The Internet ALL-KNOWING!

I don't know about you, but I've come to expect that when I want answers, they'll be readily available on the internet.  Granted, sometimes it's a matter of how you phrase your search, but persistence should be rewarded with elucidation.  And I'm not unreasonable about the whole thing either.  If my search phrase consists of "Can I book a flight on a space ship that travels faster than light?", I'll be satisfied when I find myself looking at a page that just says, "NO!" 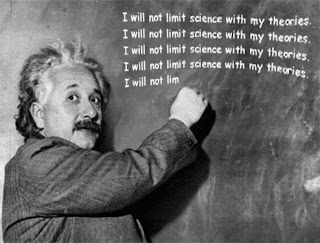 When searching for instructions on "How to build a teleportation device in my backyard", it'd save us all a lot of time if my screen just started flashing, "You Can't". 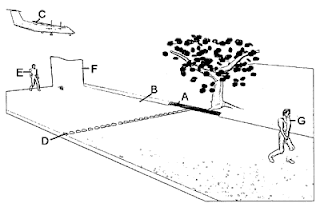 I honestly don't know what this illustration has to do with teleporting, but it showed up when I searched for "teleporting images".  And I thought it was kind of amusing how the guy in 'fig. G' seems to be paying a lot of attention to his nuts...as if maybe something went missing during the transfer.
Anyway, I find it highly annoying when I'm looking for answers on the internet and I can't find conclusive or satisfying information.  And since I intend to be part of the SOLUTION and not just part of the PROBLEM, this post will serve as my contribution to rectifying this situation.  Ladies and Gentlemen...I give you my recipe for
Roasted Canned Corn
Ya'See, I was thinking about making dinner the other night and we had all sorts of groceries in the house and I found that I had a craving for roasted corn.  But we only had canned corn in the house...some Baby White Shoepeg Corn and some Southwestern Corn Fiesta!  Both of these are fine tasty corn varieties, but neither of them is corn on the cob.  And on-the-cob is the only way I've ever seen corn get roasted. 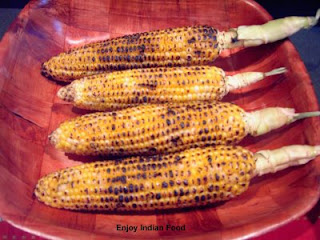 Mmmmmm! Doesn't that look good?  It'd look just as good without the cob. (Also, please note that if you're one of those people who coats your roasted corn with cheese, we have nothing further to discuss.) 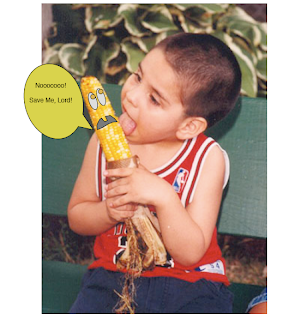 This picture is completely superfluous. I just felt like making the corn look like it's afraid of that kid.  Hell, I'd be afraid of him.

Anyway, I started searching the internet for "roasted canned corn recipes", "cobless corn roasting", "canned corn roasting techniques" and a few other things.  No joy.  Eventually, I settled on "Can you roast canned corn" as a search and found a couple of pages suggesting that I could drain the corn and put it on a baking sheet or in a dry saute' pan, but both said that all I'd end up with was some dried out, burnt-up corn.  This was not an acceptable outcome. (OK, I lied when I said I'm satisfied with "NO" as an answer.)

GF and I started discussing this conundrum.  And I believe she came up with a solution.  The problem, as we saw it, was trying to get a bunch of loose kernels of corn to conveniently place themselves above a grill so that they could get roasted.  The lack of a cob producing a lack of cohesion was the problem that had to be overcome.  And then, EUREKA...she had it! Skewered Corn was the answer!  Corn-Kabobs!

After I finished giggling over this, I decided that someone had to try this method, and that someone was ME!  So, without further ado, join me as I skewer and roast some canned corn.  As I'm typing this, I haven't yet begun the process, so you'll be along for the ride regardless of the outcome. And should it succeed or fail miserably, I have confidence in ONE THING...due to the lack of other information, this post should be right up there at the top of the list when others search for "roasted canned corn".

The first thing you'll learn is that you need specialized equipment.  The skewers you have with a square profile are a little too big. 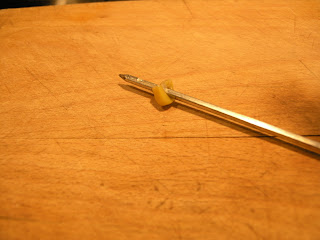 The flat-bladed ones are way too big. 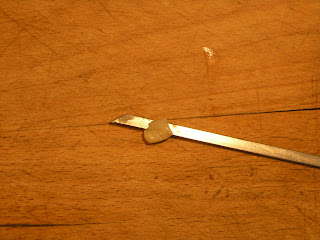 And the brandy-new, fancy-schmancy skewers you can make into a loop? They won't work either. 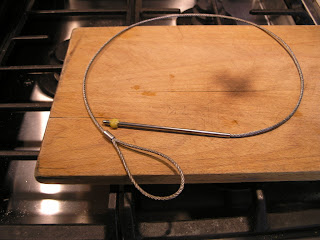 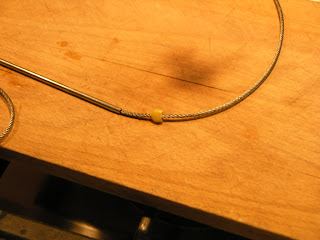 Clearly, some ingenuity is called for. As chance would have it, I've got some old 4-wire telephone wire downstairs.  When you pull out the individual wires and strip off the insulation, you're left with solid copper wire that's like 22 or 26 gauge wire.  That's really thin and fits the corn just fine.

Let me acknowledge right up front that there are some distinct drawbacks to using this method.

1. Certain food items combine with unlined copper surfaces TO CREATE A POISONOUS SUBSTANCE that you really don't want to ingest.

2. Skewering a bunch of individual kernels of corn is a mind-numbingly tedious chore. Unless you have someone to whom you can assign KP duty, you might want to just wait until you've got some of the stuff still on the cob before you endeavor to roast it.

3. Certain food items combine with unlined copper surfaces TO CREATE A POISONOUS SUBSTANCE that you really don't want to ingest.

But none of that is either here nor there.  It's not relevant to the fact that I promised to demonstrate how well this works, so I'll bravely charge on. I only strung together a certain amount of the corn onto my "skewer".  (See  #2 above.) You'll note that I used some of that Southwest Corn Fiesta, so there's some little black beans and bits of red pepper involved.  Everything is kinda cooked already when it comes out of the can, so the peppers are a bitch to handle -- they tend to disintegrate.  But it's pretty, and nothing is too good for you guys. 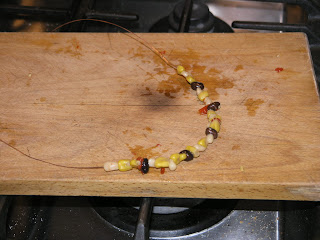 The wired corn goes onto the grill quite nicely. 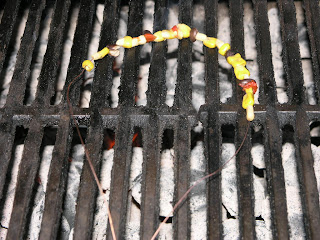 And it roasts to perfection! 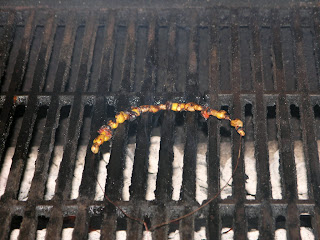 I slid off two kernels and tasted them.  They tasted fine, and had an appropriate texture.  And I'm not dead or experiencing any anomalies with motor functions or cognitive abilities...or am I? Would I know?  Hmmmmm?
So, in conclusion, while I'd consider this method to be, ultimately, a success, I'm pretty sure I've gotten it out of my system. (And no telling what I've gotten into my system.)  I recommend you just dispense with the whole thing if you're too lazy to go to the store and get the stuff on the cob.
One more thing.  It occurred to me that an alternate cooking method might be to just jam the ends of the copper wire into an electric outlet and to cook the corn from the inside out!  But I took one for the team already by ingesting two kernels of copper-tainted corn.  It's someone else's job to risk (almost certain), electrocution and/or blown circuits and/or household conflagration in the name of culinary research.  One hint...this is one of the main reasons that phones now have built-in cameras.  You can have a friend take pictures of your attempt while almost simultaneously dialing 9-1-1.  Let me know how that works out!
Posted by Nathan at 11:45 PM

No, no, Nathan! It was someone else, and they told Anonymous about it with some browser plug-in, and that's why he ended up here...