Thank God that whole World Cup thing is over.  Sure, I know, they'll still be painting their faces and rioting and vuvuzela-ing for a while longer over there in --- well, everywhere but here -- but with the U.S. Team's loss at the hands (feet?) of those Ghanans, we no longer have to pretend we understand or give a shit.  I haven't cared about real football since I was about 8 years old; I have no intention of pretending fascination with futbol!  In fact, can we go back to calling it soccer?  I get the difference when I see it written down, but when I only hear it, I assume you're speaking about the same sport I envision -- just with a funny accent.

Alas, as I'm sure there are some of you who have caught some variety of Europhilic malady, I thought I would pass on something that was explained to me yesterday.  Here's what happened.  Ken Levine wrote a little piece celebrating some of the historic moments he's been witness to in various Ballparks. (Note: As I'm an American, I'm speaking of baseball here.) An example of memorable scenes he's had the honor of observing -- He was there the day Seattle outfielder, Kevin Mitchell ate a chili dog during a game and threw up in the dugout so violently that he went on the disabled list for two weeks with strained ribs.  You can't put a price on memories like that!

Anyway, the comments began to come in.  Brit, bemoaning an apparent lack of understanding about balks, opined, "This is why the rest of the world doesn't get baseball - jargon!" (Another note #1:  Having seen a ton of balks called over the years, I have my doubts about some Umpires understanding of the concept, too.)(Another Note #2: Brit doesn't provide a link with his/her name.  I'm sure I'm supposed to assume that it's meant as a moniker for someone of the British Persuasion, but I choose to believe I was conversing with Britt Ekland -- who spells her name with less T's and is communicating from roughly 1967.)

Since I'm a smartass, I responded, "Of course, Cricket, on the other hand is completely accessible to all.  Sheesh!"
It's entirely possible that you've never thought about cricket at all, so you're not even aware of the fact that you haven't got a clue what it's all about.  Here's a helpful diagram intended  to demonstrate your utter incomprehension of the sport.

Here's some further proof that you haven't the least understanding of cricket.  The following pictures were found by Googling images of "Cricket - Funny".  If you don't get the humor either, it's just another indicator that you don't properly appreciate the game! 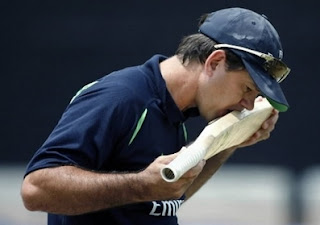 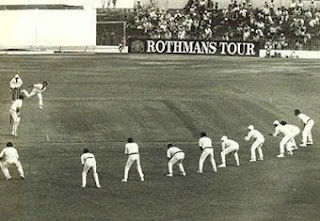 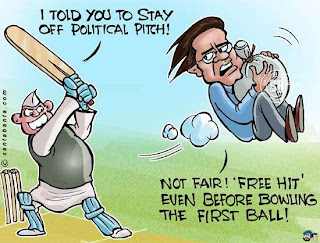 See? There's no way in hell you get any of those jokes if you don't spell "humour" with a 'U".
Thankfully, Brit decided to explain Cricket! 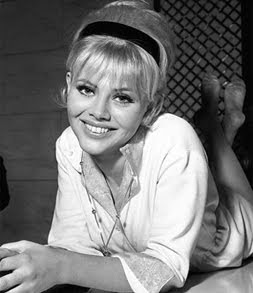 Brit(t) explains Cricket!
Here's the entire explanation.  I'm sure this illuminates things for you as it did for me.

When a man goes out to go in, the men who are out try to get him out, and when he is out he goes in and the next man in goes out and goes in. There are two men called umpires who stay all out all the time and they decide when the men who are in are out. When both sides have been in and all the men have been out, and both sides have been out twice after all the men have been in, including those who are not out, that is the end of the game!"

P.S. If that post didn't quite do it for you, here's a post about a missing cat.  Whether you're rooting for the cat, or for missing, you're sure to appreciated it.
Posted by Nathan at 1:20 PM

I thought Cricket was the name of the female lead's sidekick. You know, her girlfriend who doesn't get the guy. That's Cricket.

As to futbol, the US is Gone, Ghana, Gonest!