So, the plows have made it down my block a few times.  I'm on what's called a secondary street.  Walk to the corner and you're looking at a tertiary street.  No joy there. 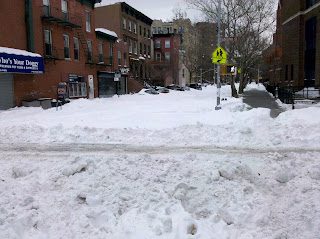 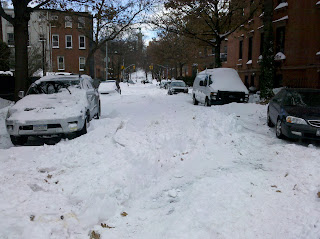 This car appears to have backed in at some point.  Now that the plows have created a berm (I'm standing on it in this shot), that car ain't goin' nowhere.


And this sucker's gonna hurt when it lets go:

In all fairness, shots of stuff stuck in the snow lack a certain amount of...motion.
Posted by Nathan at 12:29 PM