Edited to add: While we're on the subject of having no discernible brain, it should be pointed out that this whole damned thing apparently actually took place in friggin' 2007!  I ran across a link somewhere and ended up looking at a couple of other links, and the next thing you know...I'm a mass of rabid, foaming indignation...over a 4-year-old story. To be fair to me (and I'm totally in favor of being fair to me), I ran across enough current links to indicate that I'm not the only one who thought this just happened.

Oh well.  It doesn't change any of the opinions I expressed, but it does make me wonder whether or not the protagonist has grown any smarts in the last four years.  On to the post: 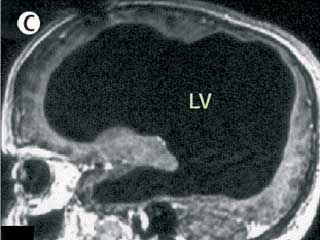 I don't have a whole lot to say about this.*  A week or so ago, Shannon Spaulding, as Valedictorian of Wolfson Sr. High School's Class of 2011 2007 (D'oh!) delivered what amounted to a 20 minute sermon instead of a valedictory speech.  She informed the crowd more than once that  those who didn't accept Jesus Christ as their lord would go to Hell.

I have no argument with the school or with the District, both of which seem to have reacted in sane, appropriate ways.

No, the amazing thing is that this brainless twit managed to have the highest GPA in her class while apparently lacking any gray matter whatsoever.  The relevant quote:


"I guess I don't totally understand why it's such a big deal," she said.

Here's the thing...she's either incredibly stupid or she's lying through her teeth.

Choice 1: She's completely unaware that there are people who would be offended by such a speech.  This means that she's apparently never met any of the Jewish or Muslim (or other) students at her school.  And unless they've changed the way students are assigned to the various High Schools in Jacksonville, there's a way more than token representation of Jews, Muslims and "others" attending Wolfson.  (When I went there, it was probably the most Jewish school in Jacksonville just because it sits in an area where a lot of Jacksonville's Jews live.  There were Muslims there at the end of the 70's; I'm sure there are more now.)

And she's completely unaware that there's any controversy in America regarding what is and isn't appropriate in a Public School.  This means she's never read a newspaper or internet story about religion (unlikely).  And presuming she attends an Evangelical church (yeah, I'm making assumptions here, but I think pretty safe ones -- I'll happily correct it if someone tells me different), she's managed, somehow, to not hear a word of preaching about how much better America would be with Religion (her version) firmly in the public square (highly unlikely).

I don't believe either of those suppositions.  I think she's keenly aware that there is a religious culture war afoot and she wanted to take part in it.  I think she knew full well that this would be a "big deal" with a number of people.  She just didn't give a shit about any of them.

Which brings us to Choice #2:  She's lying through her teeth.  I won't presume to teach her Christian values, but I'm pretty sure lying isn't one of them.  I will comment on the concept of civil disobedience**; something she may have read about on her way to out-nerding every other student at her school.  I think she may have missed the part about standing with "the courage of your convictions".  I've never seen a definition of Civil Disobedience** that describes purposely breaking a law and then saying, "Oh.  Was that wrong?"And standing up to deliver a Valedictory Sermon at a Public School is definitely an act of civil disobedience**.  Maybe not the kind where you voluntarily choose to face prison, but certainly the kind where you choose to face a dash of opprobrium from some circles.

I wouldn't like the fact of her sermon any better if she fessed up and acknowledged she knew exactly what she was doing, but I'd have a bit more respect for her.  Look, she's a 17 or 18 year old kid.  She's obviously applied the hell out of herself to get good grades.  But either due to incredible ignorance or some lacking bit of character, she's managed to get this far in life and still be utterly clueless.  I'm not advocating any harsh consequences for the kid, but either way, she needs a bit more schooling.  The smartest kid in school should have some idea how the world around her is arranged.

Thinking about what Space Lady said in the first comment, I've got one more thing to add, which might be the most significant thing about the whole affair when you get right down to it.  I'm probably outing myself as a complete old fart, but when I was in school, at least in Elementary School, we received a grade for "Citizenship".  It was basically a judgment on whether or not one "plays well with others."

Shannon Spaulding seems to have managed to graduate at the top of her class in spite of having zero empathy for her fellow students.  Every one of the students in that auditorium was there to celebrate the achievement of making it through 12 years of schooling. This was not a party to celebrate only your achievement, Ms. Spaulding.  And even if it had been only one student who might have been made uncomfortable by the "speech", Ms. Spaulding's disregard for for the feelings of her fellow students is appalling.  If for nothing else, for this, shame on you Ms. Spaulding.

I'm also saddened by the assumption that she'll probably receive nothing but positive reinforcement from her family and church community.  I'd say, "I hope she's proud of herself" but I'm sure she actually is.
---------------------
**I use the term Civil Disobedience because I couldn't come up with a more apt phrase.  Technically, she's not capable, as the valedictorian, of actually breaking the law with her speech...she's not a Government official of any kind.  But she is committing an act that she knows goes against the spirit of the law.  If anyone's got a better description, I'm open to suggestions.
Posted by Nathan at 6:18 PM

Her rightiousness makes her invulnerable to the the feelings of other. Afterall in her mindless state she is saving people, particularly the unbelievers, from eternal torment in the pits of hell.

It's ok - the story is perennial. It happened again this year:

And probably will again next. Sigh.

Jeri, I feel like I'm having a deja vu and that story is from a year ago. Either that or it's been a really long month since I read it. (Yes, I saw the dates on the links.)