In Which Nathan Demonstrates An Even Lazier Way To Blog Than To Solicit Reader Questions!

Poor, poor Eric can't think of anything to blog about, so he's shamelessly asked readers to submit questions he can answer on the blog. And while I might imply that there's a certain amount of laziness involved in that tactic, his in-depth answer to the first question would prove me wrong.  Nothing lazy about that!

No, if you want lazy, this is the place to come.

I, too, find myself at a loss for stuff to blog about.  But unlike Eric, I'm going to ask you guys to do all of the heavy lifting.  Here's the deal.  A couple of days ago, Ken Levine had this (among other things) to say:


The Mariners won five of the seven games I called. In one dramatic inning our pitcher struck out a guy to end a big threat and I blurted out, “Wow, if I had a catchphrase I’d be saying it RIGHT NOW!”

Granted, I'm not on TV or on the radio, but I think I'd like to have a catchphrase.  And you guys get to come up with one for me.

Where/when will I use my nifty new catchphrase?  Anywhere!  Anytime!  Just imagine; I get called to interview for the next HUGE Hollywood blockbuster.  I walk into the office and as I shake hands with whoever I'm meeting, I say confidently, "The call me Mr. Tibbs!"  Maybe the cashier at the grocery store has just finished ringing up my purchase.  She tells me the total. "Run Forrest, run!", I holler.  A waiter has just told me about the evening's specials. "Inconceivable!" is my reply.

There are so many that could come in handy and make absolutely zero sense (or too much sense), depending on the situation: "It's clobberin' time!", "Say hello to my little friend", "That's gonna leave a mark", "That'll do pig".  The possibilities are endless!

Unfortunately, those catchphrases are all already taken.  I mean, sure...people would look at me kinda funny if I started injecting movie catchphrases into random moments of conversation, but they'd recognize them as movie catchphrases.  If I have my own brand new, never before uttered catchphrase, they'll really think I'm nuts!*  And you can help.

Please suggest a Catchphrase for Nathan in the comments. Suggest as many as you like.  I look forward to seeing what you come up with. 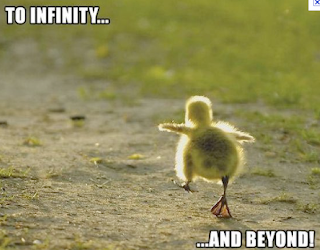 You can borrow mine. "Margle" or my alternative "Crack". Both are said in the same tone of voice of if you just dropped a running chainsaw on your foot and yelled "fuck". Yeah. Just like that. And they mean almost the same thing.

Or if you want a real phrase you can use my alternative, "No job too small, no fee too high."

Turn the crank, Frank, the nuts are loose again!

"That ain't no Vienna Sausage!" meaningless, yet useful in sooo many situations.

"If you think that was dumb, you ain't seen nothin' yet."

"What you don't know won't hurt my pretrial release if you're subpoenaed."

"Don't make me angry. You wouldn't like me when I'm angry. The smell lingers for days."

"They call me 'old piss and vinegar'. 'Cause that's what I tried to get rid of the reek of old piss. My friends call me 'just buy some new pants, already'. But we aren't friends. Please be my friend."

I'm shamelessly stealing this from Dr Faustroll and passing it along, to be said wistfully in a group of teabaggers:

Dare ya to say it three times fast.

"What the hell is wrong with me?"

And I've got you both beat in the blogging laziness front: when I don't have anything to say, I just don't say anything. Win!

Phiala reached into my brain and took mine! No fair!

...which could also be a catchphrase, I suppose.

Equally good (as in, not really good at all, but it'll do):

How about, simply "Make way for Nathan!" You could even add some kind of title or honorific in there.

"Poly-Freakin'-Bloggi-Tastic-Mous!" And you have to pronounce the exclamation mark!

"Not the Nathan you're probably thinking of." Probably.

There ya go. That's a winner.

Hey, Nathan! Did you know that you're almost a pal? In drome?

"I'd rather be eating stinky tofu."

How about: "I can only please one person a day, unfortunately, today, you ain't it"

I'm going to have to mull these over. Since the reaction to any of them will, invariably, be confusion and possibly, consternation, I have to admit I'm a little partial toward the ones that aren't actually threatening.

It's that self-preservation thing kicking in.

I just realised that I've found the laziest way of all to solicit questions. I don't even ask for them; I just started answering them, and they poured in. This has been going on for YEARS.