Sightly Riled on a Sunday Morning.

As many of you undoubtedly know, Trollopalooza II is currently under way in Denver. This is how they would have you believe things are progressing.

Meeting at the airport with "Drunken Trollops" signs. 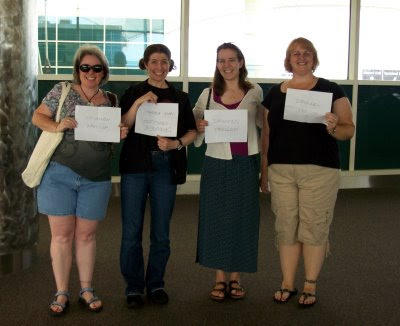 Warming up to the festivities by texting everyone in the world to build a sense of jealousy.
(The texts to me were limited to a description of the dearth of Colorado bunnies.) 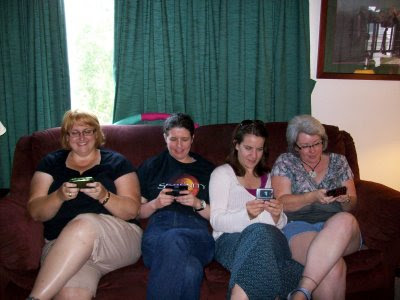 Well. The truth will out. This is apparently the level of excitement and debauchery being generated in the Rockies. WTF? Are they drinking tea and trading carrot cake recipes while watching a Golden Girls marathon? Hell, we only had two UCFers in Minnesota and we still managed to consume mass quantities and burn up a bunch of shit. 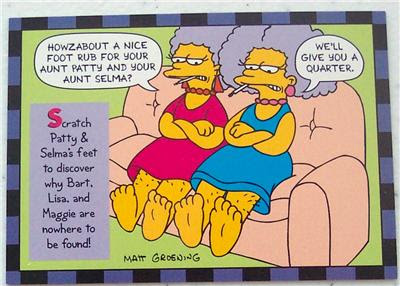 You think I'm exaggerating? You want evidence? Fine! Here's last night's status report on FaceBook from the putative leader of this session's festivities.

Ten O'Clock? Please tell me I missed something. Girls, you're doing it rwong! I expect much better of you today. I understand that some of you may have to get on airplanes later today, but I expect to see you being poured into the TSA screening line. Get with it!

There's another thing that's been bugging me a little.

This particular commercial has been playing an awful lot lately. I don't begrudge Geiko choosing this particular music for the spot; Its choice actually makes fun of the song by its inclusion. And that's fine. But the song, itself is just starting to annoy the living shit out of me. How many teenaged boys are secretly crying in their bedrooms late at night because someone won't just let them be themselves? C'mon, man up you wusses!

In fairness, I'll admit that my teenage years had songs more than happy to support my own sense of self imporance and angst. Here's one that always bugged me: America's song Lonely People.
I was a teen. Nobody understood me. Of course I had more than my share of self pity and feeling unfairly excluded. I was a fucking teenager.

Being your average teenager, I heard the first couple of lines and figured, "Oh, I'd better listen. Here come some answers". And then they throw that fucking silver cup at me. Huh? What silver cup? What fucking highway in the sky? I was bitterly disappointed by this clear use of bait and switch, so much so that I refused to listen to anything else America ever recorded. Douches!
Posted by Nathan at 10:35 AM

We're all having fun. We also have issues with authoritarian male figures trying to tell us what to do. You got a problem with that?

Besides, today we broke at least four of the ten commandments.

I'm pleased to hear that you're all living up to our expectations today. We'll just pretend yesterday never happened.

You know, teenaged angst just ain't what it used to be.

I heard something about how you're a bacon-licker?

What?! I got a call from the Trollops too and they told me I was special.

Then they called you too?

Damn, maybe they meant something else by special.

Yeah, and what Steve said, what's this bit about Bacon-Licker? You need to be careful, Nathan, these things have a way of getting out of hand in teh internets. Just saying, Buddy.

Contributed by the
Hot'lanta Trollop Division