Coming Soon To An Anachronism Emporium Near You!

I would have included a picture of myself in front of my bookcase, (important, highly educated person that I am), but then you might be able to make out the titles and then the jig would be up.  Take a moment to look over these important and/or highly educated people in front of their books. 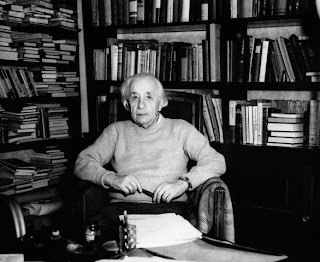 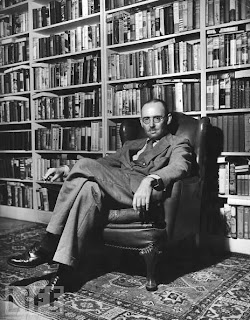 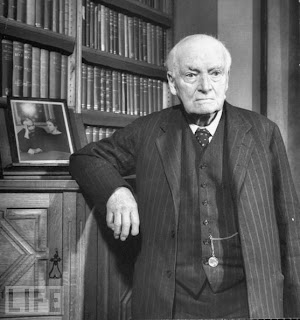 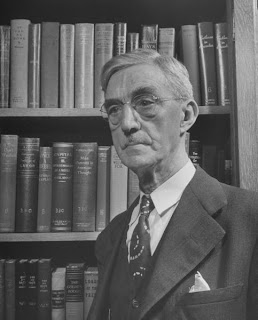 I could be wrong, but I think this one is an actress from a BBC series.  I only included her because all of the other shots were of dead white guys (in black and white shots).  I thought we could use some diversity and some color.  And I'm not saying she isn't important or highly educated -- I haven't a clue -- but she is on a BBC show.  They're supposed to be more erudite than us over there, aren't they?  (Or at least they sound like it.) 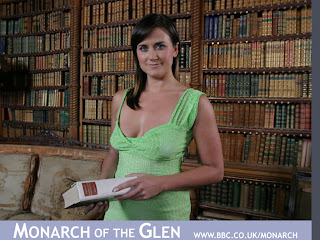 So, anyway, it shouldn't be too long before all of these books and bookcases go the way of the Hi-Fi and the entertainment console. 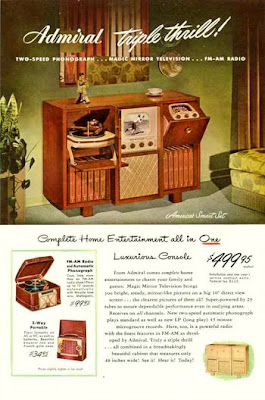 What will people pose in front of a few years down the road -- a monitor? an e-reader?  a box of chips?  Will books only be owned by people who desperately need to look smart?  Will they become rare and a valuable commodity?  Or will they be "not worth the paper they're written on" and disdained?

I realize it'll be decades before this is really an issue, but there are schools already that don't use any printed textbooks.  Fear not, though.  Even though I'm only thinking about this now, there are others who've thought about it before.  The family who own the home pictured below aren't big readers but they still wanted to impress visitors.  So they had a trompe l'oeil bookcase painted on their wall. 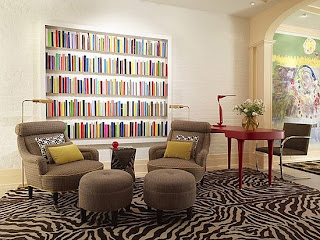 I wish I could decide just how horrified or awestruck that makes me.
Posted by Nathan at 7:07 PM

Great: now I hafta take a picture of myself in front of my bookcase. Thanks. Thanks a lot.

You're welcome. (Sorry, but the tie alone, isn't enough.)

Does this mean I have to take my picture in front of EACH of my bookcases, since I have books in every room in the house (except Grandmom's bedroom and Grandmom's bathroom)?

Oh, and unrelated to anything: I like the new banner.

Michelle, One pic of you looking all smart and stuff will be adequate.

I would use my wife's office which has three walls of floor to ceiling cookbooks.

But what are you gonna do when you can only play the cookbooks on the refrigerator door monitor?