OK, fine! These are just a few things that have been burbling around my head and, other than involving flights, they have no connection whatsoever!  Oh crap, I just thought of a fourth thing and that one doesn't even involve flying.  Tough shit.  I've been derelict in my bloggular duty and this is what you get.

I've neglected to say anything about the Underwear Bomber (Captain Underpants, Fruit of the Boom, Sir Sizzlepants), because, frankly, I can't get past the fact that he had a BOMB IN HIS UNDERPANTS!  Now, logically thinking, I know this doesn't make any damned difference in the world.  Yeah, sure, most suicide bombers wear a vest or some other macho exploding garment.  Richard Reid wore 'splodey shoes.  And I'll guess that no matter where you choose to attach a bomb to your body, the difference in time between the nearest body part and the rest of you going splat is negligible.

But I still can't get past the fact he was wearing a bomb IN HIS UNDERPANTS!

I've got nothing substantive to add to this, but YOUCH!

British Airways has trouble getting you across a river.

I'm reminded of a puzzle about getting a family across a river.


Here's the story.  British Airways, apparently has a policy prohibiting men from sitting next to children they don't know on flights.  Mirko Fischer was recently on a flight seated in the middle seat between his pregnant wife and a 12 year old boy who had been seated on the aisle.  He was asked to move and then when he refused, he was told that the flight wouldn't take off until he complied.

He's says he was humiliated because of a policy that presumes all men are pedophiles. And this isn't something new.  in 2006, London Mayor Boris Johnson was asked to move away from his own children on a flight to India.

I'm pretty sure I think this policy is ludicrous. And, of course, there's no such thing as a female pedophile.

Oooh! I'm all mysterious and shit!

Remember last week when that plane from NY to Kentucky was diverted to Philadelphia because of what turned out to be an Orthodox Jewish kid wearing a "religious device"? (I love that term.)  Anyway, I wanted to get all bent out of shape over how ridiculous the whole thing was, but I can't.

My first thoughts were, "Hey, hasn't anyone ever seen a guy wearing Tefillin before"?  And then I had to figure..."well, probably not."  Tefillin (or phylacteries), are a couple of leather boxes containing a few verses from the Torah with leather straps you wrap around your arm and around your head. (It might help is someone invented an actual English word for Tefillin or if phylacteries didn't sound so dirty...just sayin'.) 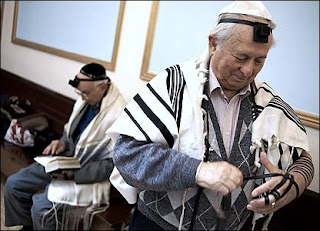 I suppose that could look a little sinister if you've never seen it before.  And you probably haven't.  And now, you're all saying, "Wassup with that anyway"?  Short answer.  There's a verse in Deuteronomy that says something like, "And thou shalt bind them for a sign upon thine hand, and they shall be as frontlets between thine eyes".  I'm not entirely sure how we got from that to leather straps and boxes, but there you are.  Observant Jewish men (and a lot of women in more progressive synagogues), put on Tefillin every morning for the morning prayers. (You can do this alone or in a group, but you're supposed to do it before noon).

Here's a couple more shots for the hell of it:

This is part of a campaign reminding women that they can wear Tefillin too. 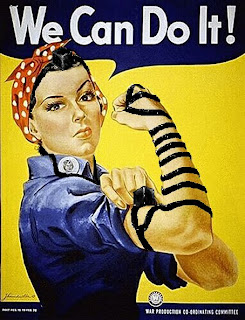 I haven't the first idea what Barbie in Tefillin is supposed to represent. 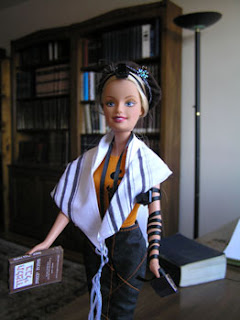 So, this kid probably rushed to make it to the airport in time and didn't get to Shul (synagogue), or have time to do his business before leaving home, so he decided to do his praying on the plane. If you've ever flown on any flight headed toward Israel or to a flight connecting to Israel, you've probably seen this.  On the other hand, flights to Kentucky?...maybe not so much.

So, anyway, it's not like this is some secret ritual that Jews carry out in hidden places, but seeing as I don't spend a whole lot of time in synagogues these days, I can't really blame a bunch of Goyim for not being clued in.

P.S.  I'll admit that the whole thing may look a little weird to the uninitiated, but I have a big WTF moment myself once a year when I see a bunch of people wandering around Manhattan with ashes all over their foreheads.  Weird is a pretty equal opportunity affliction.

Lastly, I don't think this guy could afford to fly.

This guy might actually be my new hero...if he weren't a complete douchenozzle.  Meet Markus...America's first legal male prostitute. 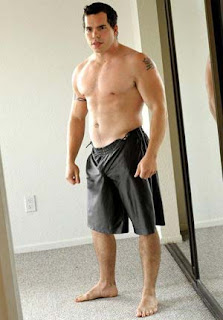 So, that's the stuff that I've had bouncing around in my head...and still have no earth-shatteringly deep thoughts about.  But I've now done my bloggarly duty and posted about this stuff anyway.

See, being a D&D player, I see the word "phylacteries," and I think of the things liches keep their souls in.

Now, as it happens, I'm all for the TSA banning liches on commercial air flights, or air flights in general. And not just because having a rotting corpse in the seat next to you is sort of disgusting, however dried-out and dessicated it might be after centuries of undeath. The fact is that liches are among the most sorcerously powerful undead, capable of performing all sorts of high-level magic at a whim. And where are you going to go if you're on an airplane and an angry lich decides to start shooting Lightning Bolts or Cloudkills because of some whiny kid or because the flight attendant was slow with his package of peanuts or because he doesn't have enough legroom?

Nowhere, that's where. You're seriously fucked. But to hell with those things. They can cast Teleport if they really want to go on a vacation.

I'm sorry. What were we talking about again?

You're gonna get such a noogie! (Actually, the Greek origin of phylacteries means something close to amulet, so I guess Liches could keep their souls there. And I guess that's another reason it's a crappy word for Tefillin.)

I think somebody ought to come up with something that means "Not a bomb, really". That'd be a good name for them.

For the uninitiated we can always do.. "it's a jewish thingamajig" or "jewish whatchamacallit".. followed by "oy,vey" and eye rolling.

I'm just here to find out how many of your readers (female OR male) are going to comment that they'd want to pay to have sex with that last guy.

I mostly went to non-denominational type churches. When I first saw dirty foreheads, my first thought was to reach up and clean it off for them. I'm glad I didn't succumb to that thought before I found out what was going on.

I never did get when each sex was supposed to cover or uncover their heads in church.

This is my first sight of leather-strapped boxes on heads or arms. Not a clue, I tell you!

And to top it off, your time widget is covered up by a Google ad exhorting me to "Meet Jewish Women!"

I swear, I'll never get it!

That's weird. The countdown clock doesn't show any ad at all on my screen. What is everyone else seeing?