I'm thinking about trying to write a short story just to get back into the habit of actually...uh...writing stuff. Ultimately, I'd like to finish There's No Crying in the War Room, but it feels a little daunting at the moment.  Maybe a short story is the thing to get the juices flowing again.

Anyway, I kind of want to do a SciFi piece based on a reworked version of what I tried writing for NanoWriMo in 2008.  I sort of wrote myself into a corner on that one and then got too busy to finish it, but the idea wasn't bad.

Here's the thing.  In it, I cast the protagonist as a young female officer, fresh out of the Academy and on her first posting.  The ship was attacked and the few survivors were captured, our protagonist being the ranking officer by virtue of being the only surviving officer.  I liked the opportunity to write about someone who lacked experience (and knew it) having to take responsibility for everyone else.

I'm thinking the lead character (male or female...doesn't really matter), should be a maverick...freshly promoted from the ranks and fresh out of Officers Training School.  The fact of his (or her) promotion will telegraph his or her experience and competence, but then there's always the issue of this person's...uh diplomatic skills?  Put another way, when you come out of OTS, you're now considered and Officer and a Gentleman. Maybe our hero lacks somewhat on the gentleman side of things.  Maybe there's another higher ranked officer involved in the story...one who maybe isn't as experienced or competent (regardless of what rank says)?

So people.  Any thoughts?

BTW, if our lead is a woman she can have one of these nifty retro uniforms.  :D 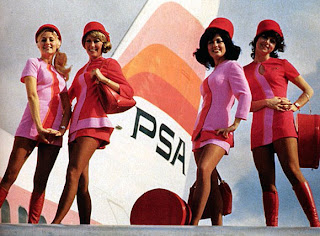 Let me say the most important thing first: that you should go for it either way, and you shouldn't worry about "done that" given that it's rare to come up with a wholly original plot or character. (I don't buy into the old adage that there aren't any new plots or characters, but that's a whole 'nother ballgame; also, I should just note that just because I think there might be original ideas waiting to be stumbled upon doesn't mean I've ever had one....)

Now the constructively-intended bad news: the competent young officer pushed into command is the flip side of the untested young officer pushed into command. In the SF context, it's kind of whether you're thinking of Jim Kirk as he was done last year in the J.J. Abrams Trek reboot or Kirk as he was sort of conceived by Roddenberry and in some of the novels and short stories dealing with a young, competent but arrogant Kirk thrust into command situations before gaining full command over the Enterprise.

But let's go back to the first paragraph: just because both your character concepts are archetypes doesn't mean you shouldn't write the story with one or the other. They're archetypes for a reason: people like reading about them. Furthermore, characters aren't just their capsule descriptions: your character might, f'r'instance, be the "classic" inexperienced young officer thrust into command prematurely by happenstance in a nutshell--but in the story (s)he's one of the funniest or the most-compelling or most-profound or best-realized exemplars or [insert whatever] of the type. Put another, more specifically-illustrated way: Dumbledore may have been a total cliche in the Merlin/Gandalf/Obi-Wan mold, but I still almost cried when he sat down for a paternal heart-to-heart with Harry in Book 5 and was pretty damn upset when he got whacked in Book 6. He wasn't just a type, he was a person who happened to fit the type.

It seems Eric has good advice to offer. For me, I can only offer my thoughts.

All I could think of when I saw the pic of the "uniforms" was, "Airline Barbie and her friends."

"Airline Barbie and her Friends" could be an awesome story.