When Lobsters Are Outlawed, Only Outlaws Will Have Lobsters. 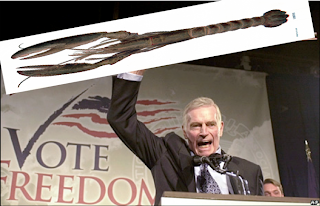 NYC Dept. Of Environmental Conservation pries lobster from Charlton Heston's cold dead hand. Says it wasn't that fresh anyway.
I've just become aware of a delightful crustacean caper going on in my own backyard.  It seems that one Dr. Claw is distributing illicit lobster rolls on the streets of North Brooklyn...dodging the law with clandestine meetings; cash and plain brown paper bags changing hands.  Not much is known about the good Doctor.  To order your tasty tidbit, you have to connect via a Facebook group and then, apparently, someone contacts you to make arrangements for the drop.  The Doctor will show up in disguise. 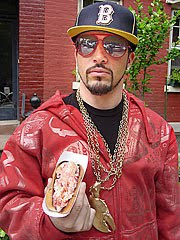 And, he'll deliver this: 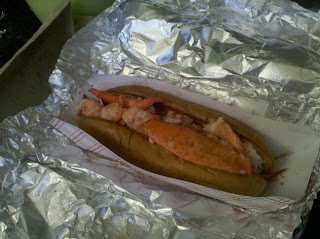 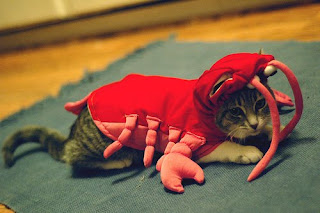 You'll have to read the linked article to figure out all of the twists and turns involved, but I just love the fact that I can get illegal lobster rolls because some guy is willing to make them but hasn't gotten around to getting a vendor's license.  At least I can get it if A.) I actually figure out how the illicit contact is made, and B.) I'm actually far enough north into North Brooklyn.  It would suck if I were south of the border!
In the meantime... 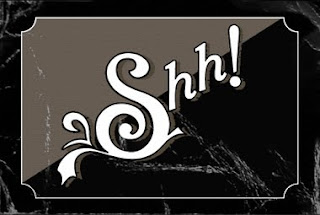 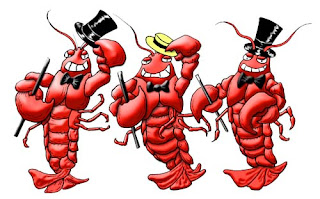