Not So Fast, Al Gore. Mark Twain Foretold The Internet In 1890.

I mentioned that I was re-reading A Connecticut Yankee In King Arthur's Court.  One of the main themes of the book is Hank Morgan's wish to bring Democracy and a Republic to Sixth Century England.  At one point, when success seems possible, he discusses it with his protege, Clarence.

Clarence was with me as concerned the revolution, but in a modified way.  His idea was a republic, without the privileged orders but with a hereditary royal family at the head of it instead of an elective chief magistrate.  He believed that no nation that had ever known the joy of worshiping a royal family could ever be robbed of it and not fade away and die of melancholy.  I urged that kings are dangerous.  He said, "then have cats". 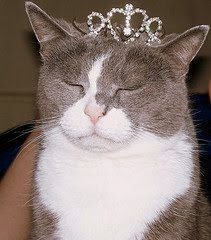 He was sure that a royal family of cats would answer every purpose.  They would be as useful as any other royal family, they would know as much, they would have the same virtues and the same treacheries, the same disposition to get up shindies with other royal cats, they would be laughably vain and absurd and never know it, they would be wholly inexpensive; finally, they would have as sound a divine right as any other royal house, and "Tom VII or Tom XI or Tom XIV, by the grace of God King" would sound as well as it would when applied to the ordinary royal tomcat with tights on. "And as a rule", said he, ..."the character of these cats would be considerably above the character of the average king, and this would be an immense moral advantage to the nation, for the reason that a nation always models its morals after its monarch's.  The worship of royalty being founded in unreason, these graceful and harmless cats would easily become as sacred as any otherroyalties and indeed more so, because it would presently be noticed that they hanged nobody, beheaded nobody, imprisoned nobody, inflicted no cruelties or injustices of any sort, and so must be worthy of deeper love and reverence than the customary human king, and would certainly get it. 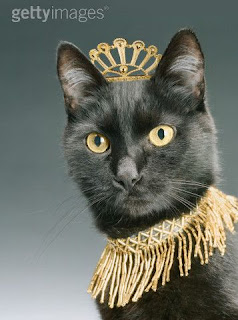 The eyes of the whole harried world would soon be fixed upon this humane and gentle system and royal butchers would presently begin to disappear; their subjects would fill the vacancies with catlings from our own royal house; we should become a factory; we should supply the thrones of the world; within forty years all Europe would be governed by cats and we should furnish the cats.  The reign of universal peace would begin then, to end no more forever  Me-e-e-yow-ow-ow-ow---fzt I---wow!" 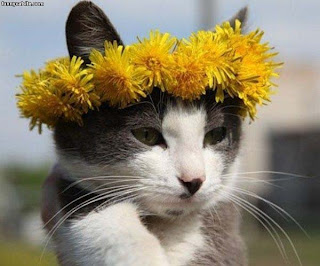