Opposite of Epiphany, Take 2.

A while back, I dashed off a short little post called In Which I Have The Opposite of an Epiphany. If you read that post, you'll see that it was just a brief moment of frustration and pique, and I still don't know what I was talking about when I referred to Opposite of Epiphany, which frankly, makes no friggin' sense at all.

Anyway, it turns out that I must have struck some kind of weird chord because the search words "Opposite of Epiphany" are actually responsible for a hell of a lot of my drive-by traffic.  And I realize that all of those poor people seeking a word for the Opposite of Epiphany must be sorely disappointed when they get here and I have nothing to offer them.  So, as a public service, let's seek to remedy that situation.

Epiphany (n) a sudden, intuitive perception of or insight into the reality or essential meaning of something, usually initiated by some simple, homely, or commonplace occurrence or experience.

The etymology seems to be from the Greek; from epi- "on, to" + phainein "to show".

Therefore, we apparently need some Greek that combines to mean "off, from" + "hide".  Or, I'll accept other origins, but the meaning should be "a sluggish, induced misconception of an idea, fact or theory, usually inspired by some rigorously repeated misdirection".

I'm open to suggestions with the following caveats:
1.) This will be an utterly useless word which will have very limited utility, excepting, as a
2.) descriptor for students using texts following the guidlines set by the Texas Education Board's Advisory Committee.

I will champion the living shit out of whatever word you guys help me coin.  Have at it. 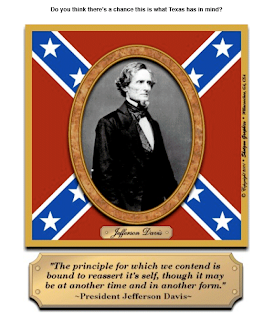 I don't think I was talking about insects. Could be, though.

Hint to people Googling "opposite of epiphany": a thesaurus is not a kind of dinosaur.

Speaking of which, here's what Dictionary.com's thesaurus mode tells us when we search for "epiphany":

It's almost awesome how brutally "opposite of epiphany" gets reduced to a single, common noun.

mifiesse: the opposite of an epiphany.

I hope that last comment is assholey and pedantic without being mean. I'm certainly not suggesting Nathan, who's a word fiend, doesn't know his thesaurus. Random googlers, on the other hand, apparently are another story....

bintl: the opposite of an epiphany.

I've found my visits to Thesauri (yes, that's a word), utterly unsatisfying in this particular instance. But, on the other hand, as I said, do we really need a word that means "suddenly ignorant"?

Awwwwwww... but I was having fun.

trulaksa: the exact same thing as an epiphany.

I believe "obfuscation" is a good word that is the opposite of "epiphany".

Covered a couple of years ago on this blog:

An epiphany leads a person to a burst of internal light. We need a term to metaphorically express leading a person to a dark cave. Let’s save the epi-, meaning to, and let’s add the combining form -calyptry, from the Greek kalyptra, covered and hidden as by a veil.

Thus, we have epicalyptry [ep´-ee-cal-ip´-tree], deliberate concealment from self or resistance to insight.