"Who Are You Wearing?"

I always find it a little jarring when I hear that question on the Red Carpet. (Well, I'm not on the Red Carpet, but I've got a TV.)  I'm thinking there's got to be some less pretentious way of finding out who designed a gown.

(with apologies to the poor anonymous people who put their pictures on the internet for me to glom.) 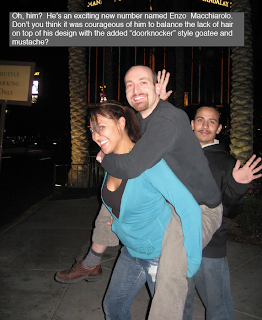 I loved Elinor Burkett running up on stage to steal the spotlight from director Roger Ross Williams accepting the award for Documentary Short, Music by Prudence.  I couldn't understand a word she said, but she should teach cross-checking to in the NHL.

I couldn't help but notice that every time a black nominee won, the director spent the entire speech searching out other black faces in the audience whether the people had anything to do with the winning picture or not.  This may have been a mistake at the end of Mo'Nique's somewhat confrontational speech when the camera cut to Samuel L. Jackson rolling his eyes.

There was a pre-recorded segment about 4 lifetime achievement awards.  The best line of the night may belong to Ron Howard quoting Roger Corman telling him if  "...you do a really, really good job on this picture, you'll never have to work for me again".

George Clooney is totally morphing into Cary Grant.  That's why you never see them in the same room together. 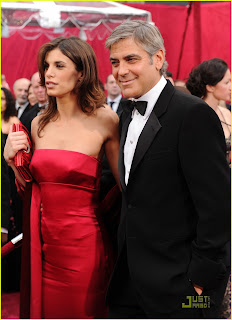 Or it could be that whole dead-since-1986 thing. 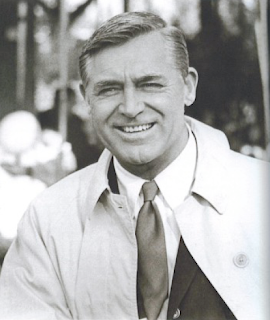 Speaking of dead, there was the annual Parade-Of-The-No-Longer-With-Us.  Like most people, I can't figure out why they always start with a really wide shot of the stage so you can't figure out who the first few people are.  And, like always, I find myself asking "When did he die", three or four times.  And I always feel sorry for the photos that don't get any applause because the audience has no idea who they were.  On the other hand, to steal a line from Ken Levine, maybe the audience applauds because they're glad the guy is dead.
They hauled out Barbara Steisand to present the "Best Director" award.  She blathered on about what an historic moment it was...that they might be presenting the award to a woman for the first time, or maybe a black man would win for the first time.  Apparently, the other three names were just on the list to get the nominees up to the requisite list of five.  Or maybe she was still channeling the 2008 Democratic Primaries.  Two further thoughts:  1.) Bigelow was a favorite, but the only way they could have telegraphed her win any better would have been to have Barbara make her entrance in a Bomb Disposal Suit, and 2.) Hurt Locker actually had a nomination for Best Original Score and they played Bigelow off the stage with Helen Reddy's "I Am Woman"?  Really?
My only direct connection to this year's Oscars is Co-Producer Adam Shankman.  He was the choreographer on two movies I worked on and I'm thrilled to see all the success he's had over the years. Hey, Adam!  You've got 16 friggin' movies in development.  Call me!
Anyway, let me finish off by getting back to fashion, a subject I'm totally unqualified to opine about, as can be attested by certain women who have recently dragged me into shoe stores.  The Red Carpet Commentators are all talking about how "classic" Sarah Jessica Parker looked.  Sorry, but I just don't see it.  I thought she looked like she was about to enter a sack race.  And all that hopping around must be why her massive tiara slipped off her head and landed on her boobs. 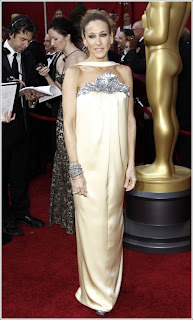 Charlize Theron didn't get the Princess Leia memo...The coffee rolls go on the side of your head. 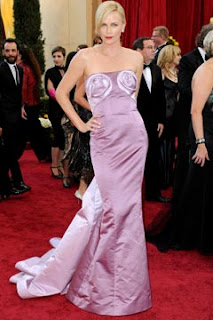 Or maybe this is what she was going for. 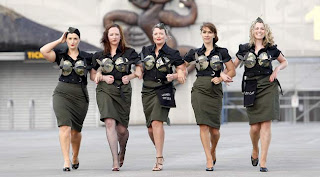 What did the rest of you think of the evening. (First one who brags that they didn't watch it gets such a clout!)
Posted by Nathan at 9:10 AM

The show had me with NPH's opening...they should have had him to the whole show. Having been on a movie binge for the last week, in order to see all of the "important" movies, I was really pleased with how well The Hurt Locker did. I enjoyed that movie, and also The Messenger....but secretly, I wanted UP to win. I am not big on animated movies, but that one? A Winner in every sense of the word


uncepr- short form found in director's Oscar night notes...as in George Clooney will be the "uncepr" for Cary Grant, as he will unable to accept for whatever reason...

They saw the glass ceiling break into a million pieces when a woman won for best director.
Brian William, NBC News - about 2 minutes ago.

Meh. It was either going to be her or her ex. Not a big surprise.

As for the rest - worst AAS in years!

Ben Stiller's segment with its Avatar make-up was tacky & dreadful. One of the reasons I can't stand him - no taste.

The award intros with friends, family or co-stars telling how wonderful they were in the film and THEN the presenter was introduced...waste of time. That dance montage of the nominees for best score - I have no idea what music went with movie, I’ve always enjoyed the composers or group doing their version onstage for the show.

The bum rush at the end with Tom Hanks presenting for Best Picture? WTF? Would it have been too much trouble to run down the list one more time? Like it was an afterthought - oh, yeah, we’re running long and have one more left we need to do Best Picture just go open the envelope and hand them out. At the very least someone backstage should have offered to take Bigelow's Best Director award while she was ushered back onstage to receive the Best Picture award. It was nice however, that everyone from Hurt Locker that made it onto the stage paid tribute to the troops that inspired the movie.

And did no one go to rehearsals? The number of flubbed lines, stumbling and giggling, totally unprofessional. OH, and the number of stars just chawing their gum, including SJP who even did multiple red carpet interviews in her Chanel sack dress with a wad of gum clearly showing when she talked. No manners.

Blech. Overall I thought the show came off as disrespectful, tacky and rude, especially to the Academy and the people the show was supposed to honor.

Next year I may really not watch. This was the at best the worst of the worst. The production company should be fired. Again.

I didn't even watch one second of it.

I haven't watched in years, because the shows are just so lame. I did, however, check out who wore what (not whom) online today. SJP's dress was awful. AWFUL. There are some pictures of me from the late 70's that make me wonder "why the hell did my mom let me leave the house looking like that", but I was a tween and it was the 70's. Seriously, Sarah, you chose that?

I suspect SJP had designers tripping over themselves to get her to wear their creations. And she ended up in a yellow sack.

ABC used to do the Oscars as an internal show, one we were proud of.

It is cheaper to do it this way.

Scanning the audience for black members? Roger Goodman's camera operators would have known where they were and would have rehearsed the shots.

I missed the beginning - how could I miss NPH?! Well, time to go look for it online.

I had no personal connection to the Oscars, but CuteFilmNerd did - Bob Murawski (who, along with his wife Chris Innis, won for Best Editing for The Hurt Locker) is a friend of his. We were both so happy when he won!

Also, CFN recently took photos of Jeff Bridges at a Q&A for Crazy Heart, so there's that.

I am so happy that The Hurt Locker won so many awards - it was one of my favorite movies of the year. I just wish District 9 could have won something.

(Yes, I know it was unlikely considering when it was released and with the juggernaut that was Avatar. Still.)