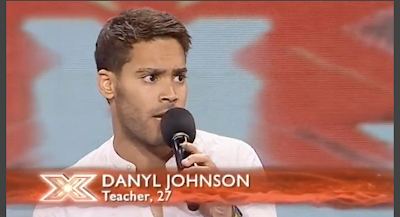 This is from a British show called X Factor. Another one of those Outer Mongolia's Got Talent type shows. The bastards have embedding disabled, but the video is here. It doesn't hurt that I think Joe Cocker's version of most songs he's covered make the originals sound second best, but I have to wonder why this guy is competing instead of recording his second or third album. Not to mention the fact that the guy shows up in shorts and t-shirt for his audition and acts like there's a sold-out crowd there who all paid to see him! Really good stuff.

P.S. If D stops by, I'd love to hear his take on the camera movement in the Fiona Apple video on the linked post above. I may have had it all wrong, but I'm a big boy and I'm willing to take corrections from a pro.
Posted by Nathan at 10:41 AM

I did go watch that, Damnit.

I love watching people who are so into what they're doing, and so unself-conscious about it.