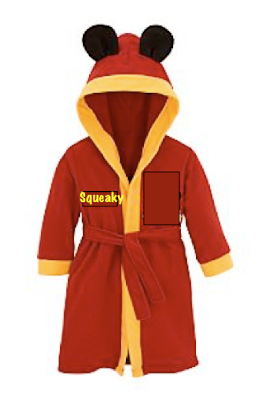 Just this past week, Lynette "Squeaky" Fromme was released from prison on parole. Under federal guidelines, she would have been eligible almost five years ago, but those nasty feds tacked on some extra time just because she escaped once and, on another occasion, tried to perform a brain-ectomy on a fellow inmate with a claw hammer.

All of that just for waving a gun around at Gerald Ford! Just to put things in perspective, she has always claimed that she never intended to shoot the President. (This is actually backed up by her claim, at the time, that she had deliberately ejected the round from the chamber before leaving home and police did find a round on the bathroom floor when they searched her home.) Frankly, all this does is add to her tally of whack-job points -- she only wanted to make sure she got a chance to talk to the President about pollution.

Squeaky: It's OK! There's no round in the chamber! I only want him to stand still long enough to talk about the environment!

Yeah, that was a likely scenario. But anyway, she's free on parole now and we should all look to the future. And the thing that concerns me is -- Where is this poor woman going to find a job?

My first thought was that she might make a good greeter at Wal-Mart. They hire a lot of retirement aged people and Squeaky certainly fits that bill, right? The job might be good for her, what with having her social interactions so limited for the last 35 years. On the other hand, that might be a slight drawback.

Squeaky: Welcome to Wal-Mart. Can I help you find anything?

Mother with little girl: Yes, thank you. Tiffany wants a Miley Cyrus lunchbox. She's just starting First Grade. Do you know what aisle they're on?

Squeaky: Well, you could go with the lunchbox, but wouldn't you really feel safer if you knew she was properly outfitted for recess? There are some lovely little ice-axes in aisle 12.

OK, maybe Wal-Mart wouldn't be such a great idea. Maybe we should play to her strengths. Maybe there could even be an element of community service involved. Elizabeth Hasselbeck just had another baby. Perhaps Squeaky could fill in for her on The View while she's on maternity leave?

Whoopi: Last week, The Sierra Club released the findings of their latest...

Joy: (interrupts) Do my boobs look really saggy in this dress?

OK, that might not be a great idea either. Oooh! Oooh! Oooh! I've got it. The NY Giants should have her fill in for Plaxico Burress while he's doing time. Granted, she's led something of a sedentary lifestyle since 1975, so I can't say she'd be all that much of an asset on the field. But on the other hand, when she goes clubbing with her gun tucked into her belt, she always ejects the round from the chamber before she leaves the house. Not shooting yourself in the leg has got to count for something.
Posted by Nathan at 11:53 AM

I'm all for putting her in a halfway house with Karl Rove.

"Uh, By the way, Squeaky Freaky, your roommate is the one who keeps denying Charlie his parole. Just thought you should know. Tool box is in the kitchen under the sink..."

I often wave unloaded weapons around as a way of getting attention. How do you unload a k-bar BTW?