A History Lesson Of Limited Utility.

Until I was 12-years-old, my family lived in a house on Cresta Way in the Arlington neighborhood of Jacksonville. I think I was 7 or 8 before I realized the 'a' was part of the first word. I always heard it as Crest Awaaaaayyyyy! (Hey, I liked the Lone Ranger.)

When I was 12, my parents built this house on the South Side and I lived there until shortly before my 18th birthday. I spent a couple of summers there after that, but I never lived there again on a full time basis. That little marker and palmetto at the end of the driveway are new, but the big-ass tree on the right side of the picture is one of the only ones that was already there when the house was built. 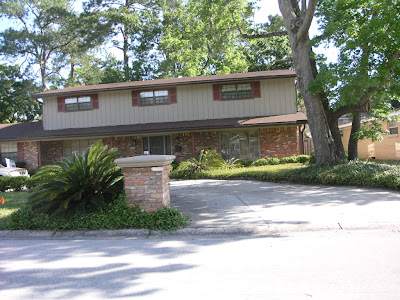 My grandparents, on both sides lived in a neighborhood called Riverside, which is one of Jacksonville's older neighborhoods. This was my father's parents' house. It looks pretty much exactly how I remember it, except the picket fence wasn't there before.

My mother's parents' house is the one that's changed the most. First of all, it was always completely covered with ivy when my grandparents lived there. At some point, I was sure the house had just grown there and I didn't know there were normal walls under the ivy.

That little driveway in front was never there before either. 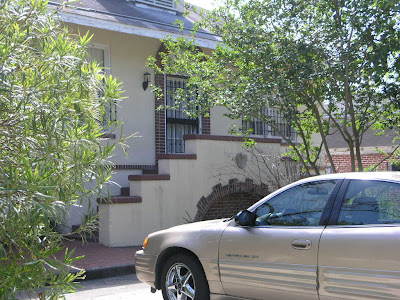 When I get around to it, you'll get some shots of some people and a little bit of some other neighborhoods. I bet you can't wait.
Posted by Nathan at 1:24 PM

No pictures of Crest Way?