If I had a nickel for every time somebody on a movie said, "You couldn't pay me enough to do your job"... I'd have a shitload of nickels. The thing is, once you've decided you want to work in movies, there are still a lot of career paths to choose from. There are, of course, Directors and Producers. There are Writers, Production Designers, Art Directors, Prop Masters and Set Decorators. There are the Electricians, the Grips, the Carpenters and the Special Effects guys. There's a script supervisor and there are Makeup Artists and Hair Stylists. Of course, there are Assistant Directors and Production Assistants.

I apologize if I've left out your niche, (and I can think of a few right off the top of my head), but there really are a buttload of people involved in making a movie. Their jobs vary wildly, but the thing they all have in common is that there is very little any of them do that isn't solely focused on getting the movie "into the can" and "onto the screen".

The Location Manager is unique in that he or she is one of the only people whose job it is to satisfy the needs of the production at the same time as satisfying the needs of the public. I've described the job as being the conduit between a Hollywood vision and the real world. We deal with City, State and Federal authorities as needed. We work with property owners, store managers, and just your every day citizen trying to get to work in the morning.

In a perfect world, we're taking in the Production's needs and translating them to the real world... 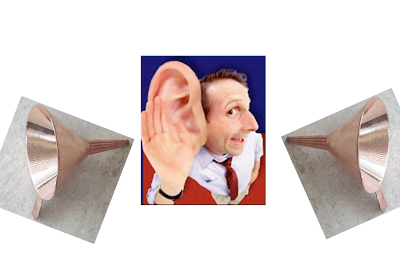 And then we're taking in the real world's needs and trying to keep that working while the Production goes about it's business. 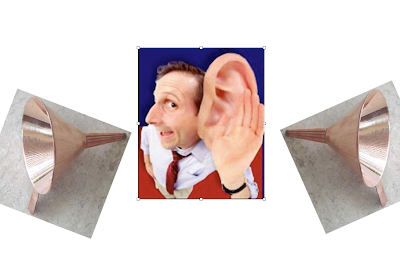 In truth, there are an awful lot of days where we're just sitting in the middle getting screamed at by both sides. 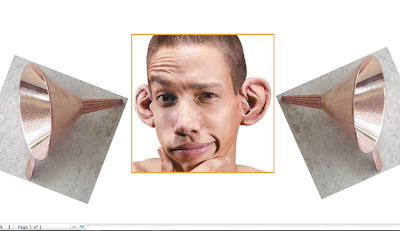 Why the hell would anybody volunteer for that?

I've told you how I got my first Location Manager gig after I moved to NY. Then, I got hired as the Parking Coordinator for Crocodile Dundee II, and while that's not really doing Locations, per se, it is in the Locations Department. (There are a number of people who make a full-time living as Parking Coordinators in NY, but I was never in any danger of going that route.)

The point is, I had some entre' into Locations by then, but I still had choices open to me and, at some point, I made a concious decision that I wanted to pursue Locations as a living. The truth is, that my decision was as much about discarding some choices as it was an affirmative choice.

My background was as the manager of an equipment rental house, so I had a really good knowledge of lighting and grip equipment. There were a few reasons I didn't go that route. 1.) In the late 80's, getting into the union still had a lot to do with what your last name was. I'm not saying that nepotism was rampant, but at the same time, I had no close, distant, or imaginary relatives slinging cables or pushing dollies. 2.) After 6 years in a rental house, I really never wanted to touch any of that equipment again in my life. It's heavy. It's dirty. 'Nuff said. And 3.) Knowing what everything is called and what it's used for is not the same thing as being good at using it. Understanding how to diffuse or focus a light; knowing how heavy of a cable needs to be used with how many amps of lighting; knowing how to switch a dolly from 'steer' to 'crab' to 'roundy-round'...these are good things to know, but they don't actually make you good at any of them. (So, let's break this one down: I had no wish to suck at a job that was heavy and dirty and a union wouldn't let me do anyway.) Lighting and Grip was not a hard thing to reject.

I never had any wish to Direct, so I wasn't looking for the bottom rungs of that ladder. There was never any thought at all to me going into any of the Art Department jobs or Hair/Makeup or Sound. I had no knowledge and no interest. That left Production (the A.D.'s, P.A.'s and Production Manager), and Locations.

Being a P.A. usually leads to being an A.D. There are a couple of reasons I didn't want to go that route. First, a P.A. starting out in NY spends most of their time on a street corner doing lockups. A lockup is when you spread your P.A.s around the perimeter of a shot to keep the public from walking into the frame. True -- it's an important job. But it's also a somewhat mindless and thankless job. You can also imagine how much abuse a P.A. gets when he's trying to stop you from walking down the street, just 50' short of your subway entrance. (Hey, it's only for about 90 seconds, but 30 people waiting at a barricade can heap an awful lot of abuse on in 90 seconds). It also doesn't pay very well. In the late 80's, P.A.'s started at about $75.00 per day and the really good ones could score $125.00.*

Now I'm not saying I was above any of the things P.A.'s have to do to pay their dues, but I also had no interest in achieving the goal they were working toward...namely, being an A.D. A.D.s do a great many things I'm glad I don't do.

-They schedule the movie. (I can deal with that one if I have to.)
-They do the paperwork keeping track of every detail that happened on set that day. Start and stop times for every individual on set, first shot of the day, first shot after lunch, equipment malfunctions: 1/2 hour delay caused by picture-car being stuck in reverse, injuries: Assistant Greensman stepped on rake causing painful injury to crotchal region -- refused medical attention. (Yeah, that shit bores me to tears.)
-They tell the extras where to be in the background of scenes. (I loathe extras.)
-At the pinnacle of their career, they get to be a First A.D. That means standing next to the camera all day, trying to keep everything happening on time (and getting the next thing ready to happen on time), and getting blamed when it's not happening on time and trying to look calm and collected and sane in front of the entire crew while everything goes down the shitter. (This is my idea of a bad place to be...not the culmination of years of dues paying.)

So, I was left with Locations. And there are some great things about doing locations.

An Assistant Location Manager is one of the only jobs on a movie that has any real responsibility and pays well before you're in a union. (The days count toward joining the D.G.A. if you play the paperwork game right, but that's another story.)

No two days are the same. Even if I'm working in a location I've used before, what we're shooting isn't likely to be the same as what we shot the last time I was there. New problems to solve keep the job interesting.

Oh, and that thing about the A.D. solving all of his problems with an audience of 150 people? The Location Manager gets to whisper emphatically into his phone, or hide while he's solving tomorrow's issues. Unless he's really fucked up by the numbers, the Location Manager will get a chance to fix everything long before anyone else even knows there was ever a problem.

So, let's recap, shall we? The people I work for have impossible demands. The people whose cooperation I need put up impossible roadblocks. The crew bitches about where they have to park and they bitch even more if any other department has their truck closer to the set. There's always some merchant who wants to sue the production for costing him business. The lunch space isn't big enough. The extras holding area is too hot. There's a water main break a block away and the jackhammering is interfering with sound. Somebody down the block is about to paint their building yellow and I have to stop them right now! The river is 3' lower than it's supposed to be at this time of year. Hell, I've got the best damned job in movies! Why would I want to do anything else?
--------------------------------------------------------
*When you work in Production prior to being in the D.G.A., a "day" is a "day". It means from when they tell you to get there 'til when they tell you, you can go home, (and it frequently includes an errand on the way home). 12-13 hours is a normal day. 16 hours isn't uncommon.

**If all of that sounds like I'm spending half my time stopping off for massages or window shopping at the mall, that's not the case. More often than not, "getting the job done" means I'm always racing from one place to the next wishing there were one more week of pre-production. But the fact that I could stop off for a massage is what counts. One of these days, it might even happen.
Posted by Nathan at 8:04 AM