Take Me Out To The Ball Game

So, last night, GF and I went to see the Red Sox play the Yankees in the brandey-new Yankees Stadium. So you won't be in any suspense, I'll let you know right now that the Sox won by a score of 6-3, oops 7-3, so I'm happy. In fact, the game started with the first four Red Sox hitters all getting hits (including 1 home run) for a score of 4-0 before the first Sox hitter was retired. This pleased the ever-loving shit out of me.

I'll also tell you that I considered writing this piece as the latest installment of Won't You Be My Neighbor, but a.) The Bronx is hardly my neighborhood and b.) there wasn't a single one of the owners or managers there to greet us personally when we got there, so fuck'em!

Here. Have some pictures.

This one is what you see after you come up out of the subway. (The elevated #4 train is what you see on the right side of the frame, but we rode up from the Village, so we took the D-train.) Lookee here! That's the gate where we went in! 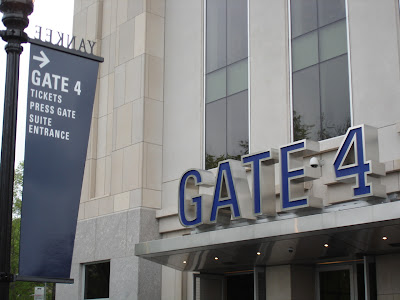 And here's the view from behind the field level boxes. 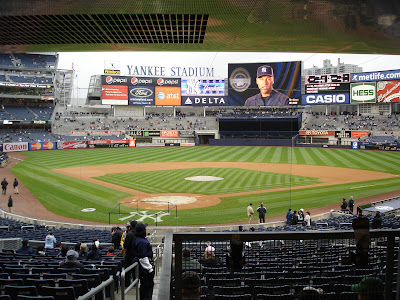 The collonade when you first go in is pretty impressive. 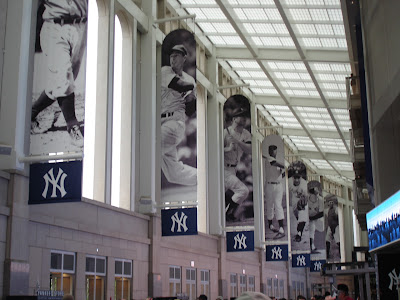 We sat waaaay the hell up near the top. Front row in the Grand Stands behind home plate. 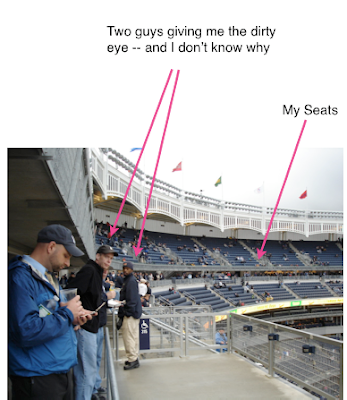 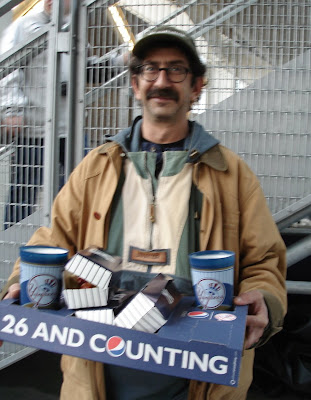 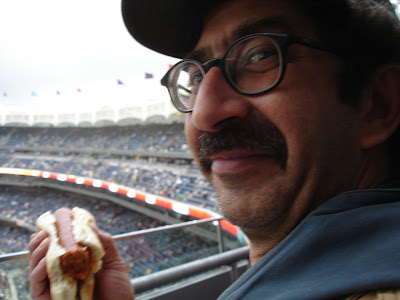 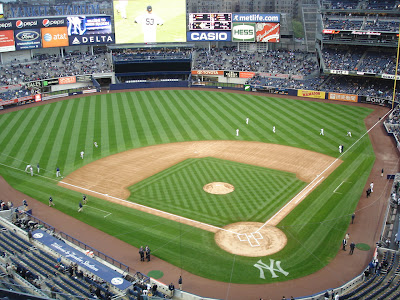 Looking out toward left field (where we originally thought we'd be sitting). 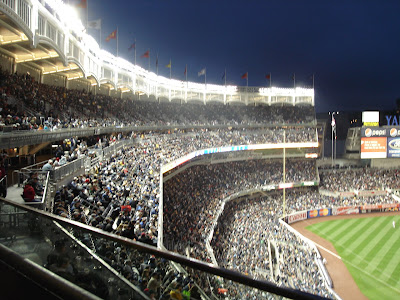 A closer view of where we originally thought we'd be sitting. (just over the "Audi" sign.)
This would have been nice since it started pissing rain in the middle of the fifth inning. More on that later. 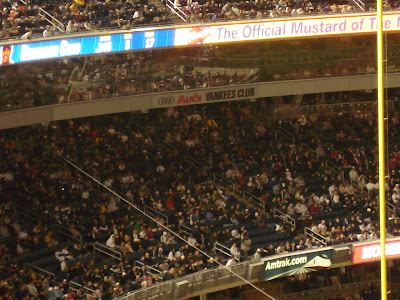 The view from field level seats (which is really a better way to keep track of the game). Don't worry Security-Dude. Just taking a picture and then we'll move on. 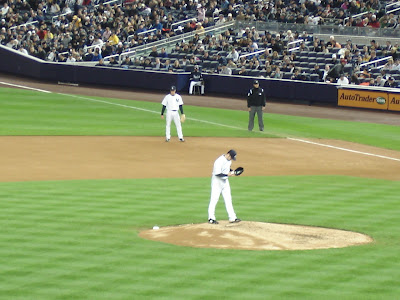 If you head out to the concourse in left field, you come to Lobel's concession. They serve steak sandwiches for $15.00 a pop. 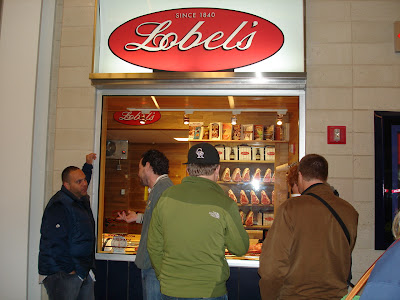 You heard me! STEAK!! At the ball game. I'll get one next time we go. 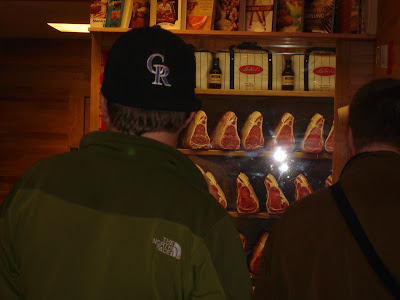 So here's my final report on the stadium. Mostly I like it. All of the concessions are on the outside of the concourses, so you never lose your view of the field, even when you go to spend more on food than the average Guatemalan family spends in a week.

The scoreboards suck. The main one switches over for instant replays and for whatever they want to show you at any given moment and while that's up, the score part disappears. Couldn't they leave the scores up and only use the other 80% of the screen for video? The one showing balls and strikes has so much other crap on it that each time you look, you have to search for the info all over again.

The escalators only go up until sometime late in the game. You'd think if you're going to spend $350 million bucks to build a new stadium from scratch, you could include some that go down all of the time.

Pepsi has a monopoly on sodas. Feh! We're a Coke family.

And guess what? When the rain started in the middle of the fifth inning, we bailed out. It was windy and cold already...who needs to get soaked for a game this early in the season? That wouldn't have been my idea of fun. (Hey, it's not like we're Packers fans who go to games planning to sit through blizzards.)
Posted by Nathan at 1:47 PM

Item one on this list has got your mother covered.

Also, my 2nd oldest brother (who wants to go by OB #2 sent me a link to this article reviewing the food at the stadium. I didn't mention it, but I had one of the burgers he mentions and I think he was actually kind in his assessment.

Forty-four friggin dollars!This is why I will not regularly patronize professional sports. The last MLB game I attended was over a decade ago in Three Rivers Stadium.

AAA ball is almost as good a play at much cheaper prices. Not that you have any AAA stadiums in your area. :p


We've got Class A baseball with the Brooklyn Cyclones and the Staten Island Yankees. We've been meaning to see the Cyclones (they play in Coney Island), but haven't gotten around to it.

I am still stuck on the Forty-four friggin dollars!