My Neighborhood Turned Irish While I Wasn't Looking! 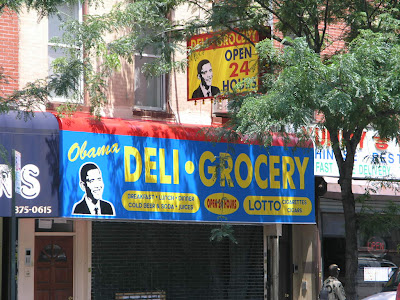 I have to admit, I'm a little bit pissed off about getting scooped on this little item. Especially, since I knew a couple of weeks ago that this was coming and I was waiting for the awning to go up. Oh well. I still think it's pretty funny.

(I probably won't be going there all that much, even though it's owned by a cousin of my buddy at The Cheap Cigarette Store -- you know, the one who has the chutzpah to wish me Merry Christmas on Hannukah even though he's a Muslim! The new store is almost two blocks further from home!)
Posted by Nathan at 5:01 PM