The Four Snowplows of the Apocalypse

I feel much better now, thank you.

Apparently, we got just under a foot of snow here in Brooklyn. It's really pretty. I might shoot some pictures and show them to you later. I might not. Last night, I (Florida-boy) kept looking out the window to see if the storm had really gotten going and GF (Minnesota-girl), was doing her best to ignore the whole thing while commenting on how silly I get every time it snows. At one point, we were discussing stuff we had to do today and GF mentioned she'd leave the receipt for something I'm supposed to pick up. She said, "If the snow's too bad, it can wait a day."

"It's a block and a half away. I think I'll survive the trek." And I finished off with "Who's the Florida-pansy now?" 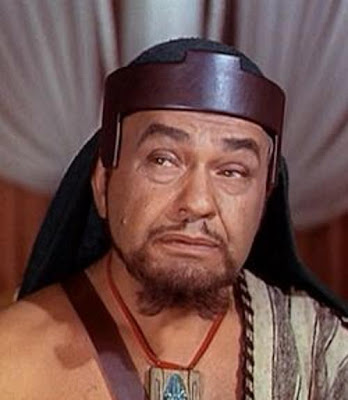 This, of course, was delivered in my best Edward G. Robinson "Where's your messiah now, Moses?" sneer. (She was amused, so I didn't lose any body parts...meaning I still have to go make that pick up.)

We had one snow storm in January when I was in the hospital and between GF being busy and me being...uh, hospitalized, she found a guy to shovel our steps and sidewalk. We've decided we like having someone else shovel. So this morning, a little before 8:00am, I'm sitting on the couch having coffee and I hear the scrape of snow shovels outside. I looked out the window, and sure enough, our guy is out there shoveling...and so is the woman who lives next door (shoveling her steps, not ours). Needless to say, I felt a little guilty about having our steps shoveled by someone else while our neighbor was out struggling with her own place...so I turned the lights off and turned the sound down on the TV. Hey! I didn't feel that guilty.

What else? Watching the news is extremely predictable when we get snow. Bloomberg gives a live press conference and tells everybody to take the subway and don't drive and "we're cancelling street cleaning so you don't have to move your car, but could you please move your car so we can plow the streets?" He also never fails to tell us that it costs the city roughly $1,000,000.00 for every inch of snow that falls on the city. That may sound like a lot of money to most of you, but that's the same figure I've heard quoted since sometime during Giuiliani's first administration. This is the only thing in America that hasn't risen in price since...ever! Or maybe it's been a wild-ass guess all along and nobody's got a clue what it costs.

It's not like they're not going to plow the streets, no matter what it costs. "Hey guys, just keep plowing 'til 3:30 and then knock off for the day." You may think that sounds ridiculous, but something very similar happened here once. In 1969 NY had a Blizzard and it's estimated that 40% of the city's snow plows weren't working. Mayor John Lindsay followed the usual pattern of making sure that primary roads got plowed first with secondary roads getting attention next, but apparently ignored Queens almost entirely. Queens was paralyzed for 3 or 4 day.

During the crisis, he took his limo to Queens to tour the disaster, which couldn't make it through the streets, and then he switched to a 4-wheel drive...which also got stuck. So he got out to walk. The NY Times in a look back, reports:

During the mayor’s walk through Fresh Meadows, a woman called him “a wonderful man,” prompting the mayor to respond, “And you’re a wonderful woman, not like those fat Jewish broads up there,” pointing to women in a nearby building who had criticized him.

The comment was recorded on tape, but The New York Times, The Associated Press and WNEW radio declined to run with the story.

Lindsay almost lost the next election and since then, all NYC Mayors make sure the streets in Queens get promptly plowed (the Sanitation Commissioner always makes a point of singling out Queens during the press conference), and most of the Fat Jewish Broads have moved to Manhattan or Brooklyn, so that's not so much an issue anymore.

Edited to add: I forgot to mention that there was a news report that cheerfully told us that flights in and out of LaGuardia were being delayed no more than 10-15 minutes, and then went on to mention (without the least whiff of irony), that almost 50% of flights had been canceled, "so check with your airline".
Posted by Nathan at 12:56 PM

I just cannot imagine the insanity of a foot of snow falling in NYC.

When I lived in DC, a quarter inch once fell on the city and it could just as easily have been a quarter inch of nuclear fallout - the panic was what I imagine would be exacly the same. People were buying canned food and bottled water by the truck load, there was a run on 4x4 vehicles, dogs and cats living together. Anarchy.

This weekend I got about a foot of snow and had to plow twice, and hardly noticed. Today, I'm filling and prepping my generators in case Mt Redoubt finally blows up and the power goes out for a week.

All things are relative, I guess.

I wasn't really worried about you until you mentioned it a second time. A HALF INCH? RUN!!!!!!!!

Hmmm...didn't mean to double post. Must have been some snow in the system. :)

We got about 4 inches last night/this morning, although supposedly some other parts of the DC Metro area got 12 inches. O.O Yes, Montgomery County schools were closed. No anarchy this time, though.

DC got 7 inches of snow today.

Snow? What is this snow of which you speak?

Ah, it's that white stuff you drive to, up in the steep incline places (I''ve heard them called "mountains").

Hmm... it's sunny but chilly today, and it'll dip below freezing tonight.

Also, why does that man's face have different skin tone than his chest? o.O

You must have gotten our snow. We have nothing. Nada. Except for the freezing temps. LOTS of that!
We have green grass, and I actually saw a bird yesterday..one that wasn't frozen, stuffed or plastic!

Ugh - we need to start mowing our lawn, it's getting shaggy. And we have tulips, iris, and crocus.