We all find ourselves wandering aimlessly through the internet occasionally. This morning, I landed on a list of phobias. First, I wanted to confirm my understanding of the word itself.

(All emphases are my own.)

One definition of phobia described it as "an anxiety disorder characterized by extreme and irrational fear of simple things". Another was "an intense, unrealistic fear". One more was "an unreasonable sort of fear that can cause avoidance and panic.

I think I need to take issue with this. I've scanned this list and I find absolutely nothing "irrational, unrealistic or unreasonable" about some of these fears. Let's look at a few, shall we?

Agrizoophobia- Fear of wild animals. I call bullshit. Hey, a lady got her face removed by a tamed chimpanzee last week. Every year or so, there's a story about some guy in NYC keeping a 10' python in his apartment, or a guy living with a tiger. Last week, an 11-year-old killed his dad's girlfriend. I say, go ahead...be afraid. Be very afraid.

Alliumphobia- Fear of garlic. Some of you are vampires. Duh!

Ballistophobia- Fear of missiles or bullets. What are you fucking stupid? This is about as rational a fear as I can imagine. (Note: it's the pointy end you should worry about.)

Cleptophobia- Fear of stealing. I'll acknowledge that this one may be a little stupid, but do you really care about curing it? 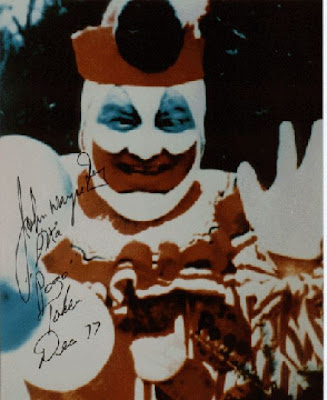 Dutchphobia- Fear of the Dutch. O.K. I don't recall having met any Dutch people, but if you say they're scary, I'll hear your arguments.

Hadephobia- Fear of hell. I'm not sure how I feel about this one. It's not a fear I can personally identify with, but isn't a lot of Western Civilization founded on this one? I could go either way.

Levophobia- Fear of things to the left side of the body. I'm convinced that Rush Limbaugh, Ann Coulter, Sean Hannity and Joe the Plumber can be cured. If not, there must be some way to seclude them together and let them live out their phobia without bothering the rest of us.

Novercaphobia- Fear of your step-mother. I'm not afraid of my step-mother, but I never paid attention to all those Fairy Tales I was told as a kid. I may have been Mythophobic (fearful of stories). Another win? I think so.

Paralipophobia- Fear of neglecting duty or responsibility. Oh, Come On! Do you actually think anything would get achieved in most work places without this one? Whoever comes up with a drug that reinforces this one is going to be very, very rich.

Pellagrophobia- Fear of pellagra. I'm a little afraid of things I can't define, so I'm on board with this one.

Porphyrophobia- Fear of the color purple. I hated that fucking movie. YMMV.

Symbolophobia- Fear of symbolism. This doesn't really scare me, but I prefer seeing movies with fairly straight forward plots.

Walloonphobia- Fear of the Walloons. Oh, sure! Tell me you wouldn't cross the street if you saw this guy walking toward you. 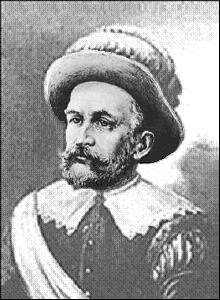 Obviously, I'm not about to comment on every phobia listed, but I think a lot of these make the world a better place. I won't necessarily fall off a cliff if I stand at the edge, but if I stand at the bottom, I should have plenty of time to dodge the guy who does fall. I'm not particularly afraid of the dark but I prefer not bumping into things. I'm not sure if mercurial medicines are those containing mercury, or those that are prone to rapid and unpredictable changes, but I'd just as soon not take any chances with either.

I may just found a Society for the Promotion of Beneficial Phobias. Are there any that you guys want to champion?
Posted by Nathan at 8:43 AM

Evidence the Dutch are scary may be found here, in this scientific study of their Christmas customs, which involve kidnapping and slavery.

It's funnier when the author reads it. Part One starts here.

I used to have a huge list of phobias: I was a Call Of Cthulhu Keeper, and it was useful to have handy.

The Dutch are indeed worthy of my fear.

And you're a little scary yourself.

I was reading up on paraphilias this morning.

If you ever need a list of those, I can help you out. If you ever want to explore them, you're on your own, ok?

FYI - The paraphilia research was actually in relation to a work discussion we were having yesterday, and not for my own twisted gratification.

Eric, David Sedaris is a fave. I hadn't read (or heard) that one. Thanks for pointing it out.

Tania, I'm not sure exactly what you do, but the fact that it requires doing research on frequent, intense, sexually arousing fantasies or behaviors that involve inanimate objects, children or nonconsenting adults, or suffering or humiliation of oneself or the partner makes me think it's a unique job.

Of course I have a Merck Manual - doesn't everybody?

One of my friends is the new director for the mental health unit at the hospital, and another conducts group sessions in the unit. We were brainstorming about how to address some problems.

My actual job is not nearly so interesting.