Some of you may have noted the following comment from Tania yesterday. (I'd provide a link but Tania hasn't updated since 2008... ::cough, cough::)

Anyway, yes, there was a delivery yesterday. And the box held no clues as to the sender.

The company it was from: 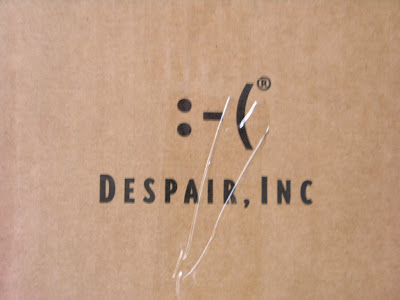 One of their mottoes: 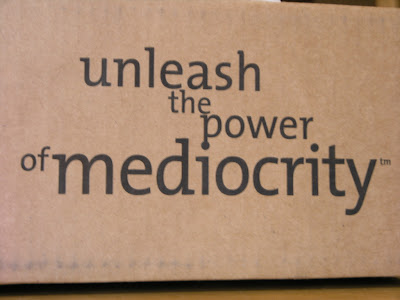 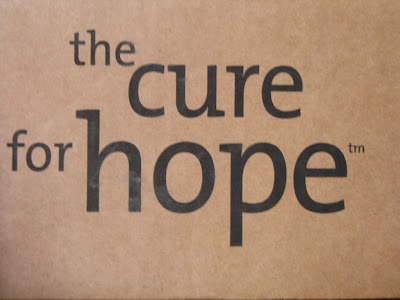 Still not sure who sent it: 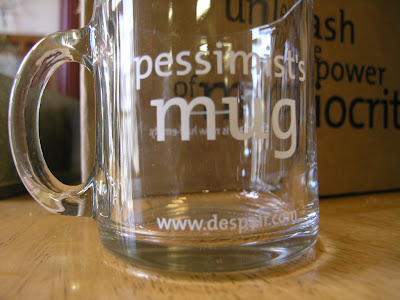 If you can't read it, it says, This glass is now half-empty. 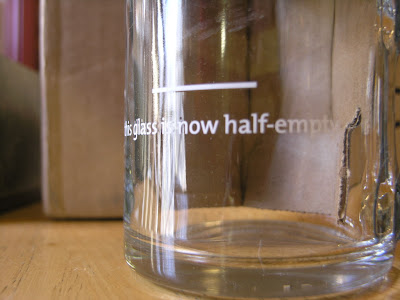 And then, the answer is apparent. Tania followed through on her promise (threat). 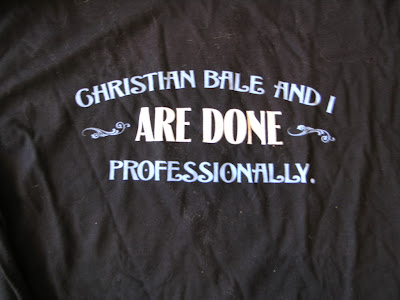 Two things. First, I wish I could have gotten a picture of it before the cats crawled all over it. It was perfectly clean when I opened the box. (Edited to add: That's a T-Shirt if you can't tell.) And second, I'll be mourning the end of my professional relationship with Christian by wearing this at the first opportunity (to work, of course).

Thanks Tania.
Posted by Nathan at 5:07 PM

I love the pessimist's mug.

I have the Mistakes poster hanging in my office.

I'm rather fond of it myself!

Now that is some pretty t-riffic packaging! I'm definitely a fan, and I'm going to have to check out their site! ;)

I wonder what would happen if you adjusted the lights during a Christian Bale shoot...wearing that T-shirt?