Another Visit To Brooklyn--Well, For You Guys. I Already Live Here.

I'm sure most of you think of NYC as lots of buildings and streets and stuff, but in a rare display of foresight, each borrough set aside tons of parkland in the 19th century. There are tons of small and medium sized parks and each borrough has at least one humongous park. In Manhattan, Central Park stretches from Fifth to Eighth Avenues and is 51 blocks long from North to South. That's a huge amount of some of the most expensive real estate in the world to have set aside for public use.

In Brooklyn, we have Prospect Park which covers 585 acres. Here's a map showing much of the park and the object of today's tour...Grand Army Plaza. It's that little loop located at the North end of the park.

This is the entrance to Prospect park as seen from Grand Army Plaza. 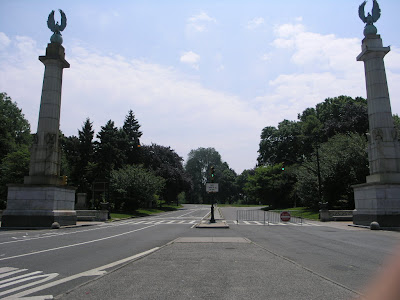 If you looked at the map, you may have noticed that Grand Army Plaza is part of a fairly major traffic artery through Brooklyn. The Memorial Arch stands at the center of a large traffic circle and I've driven through it a few million times, but I've never really looked at the arch (at less than 35 mph, that is). The other day, I decided to remedy that situation. 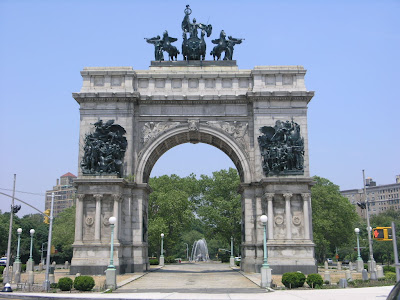 Hey! It's a Civil War memorial. I didn't know that. 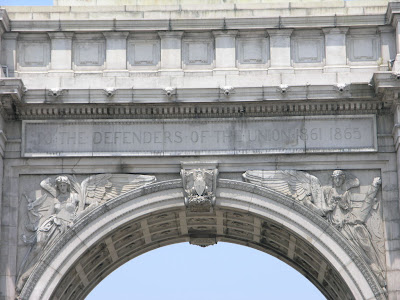 There's a photo of a plaque further down describing the various of sculptures and when they were installed. I'm not entirely sure which part describes the figures on the top of the arch. I think it's "The Triumphal Progress of Columbia" but I could be wrong.

Here's two shots of the figures on the top-right section. I can't really tell if they're the Army or Navy portion (I think Navy), but if you read the plaque, you'll note that both are being urged on to victory by the Genius of Patriotism, whatever that is.

Hey, half way through posting this and I remembered, the internet has all the answers!

It's interesting to note that this was designed and construction begun while Brooklyn was still a separate city from New York. 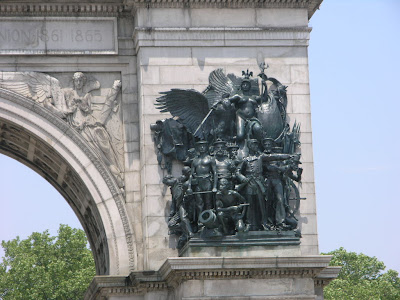 The Genius of Patriotism is quite buxom, don't you think? If John Ashcroft ever comes to town, we're gonna need a tarp or something. 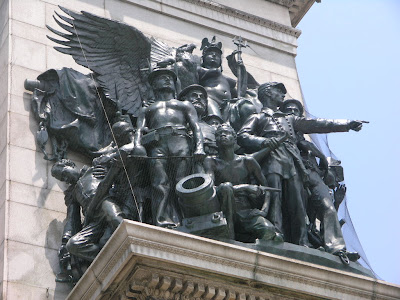 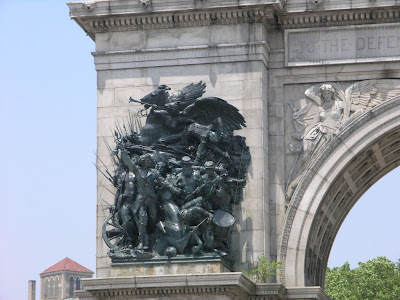 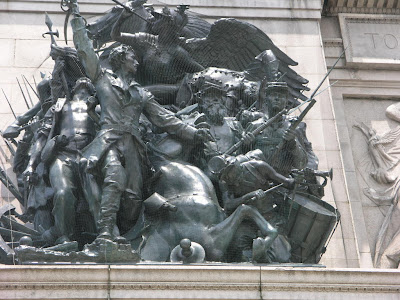 Here's Lincoln on the inside of the arch. 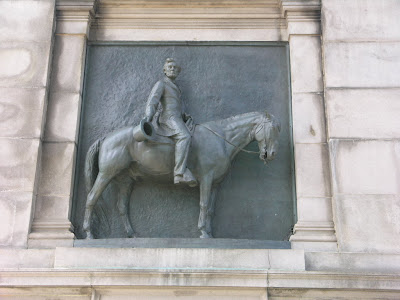 And U.S. Grant on the opposite side. Two things. I don't know if it signifies anything, but both Lincoln and Grant are facing North. Also, if you've ever heard that the amount of hooves on the ground in a military statue, signifies that the person portrayed, died in battle, or later of wounds, or survived...that's a myth. Look it up. I did, but I can't find the link again. Probably Snopes or something like that. Research is good for you. 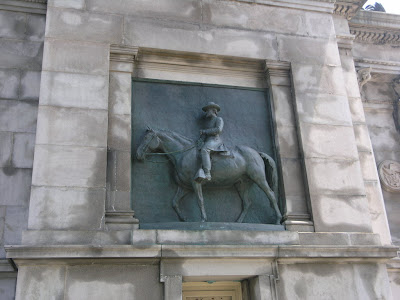 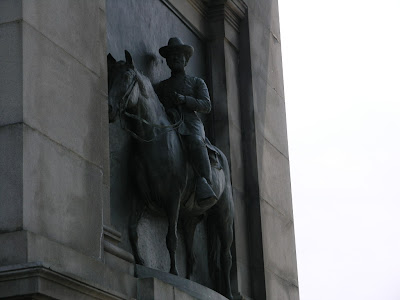 Here's that plaque I promised you. 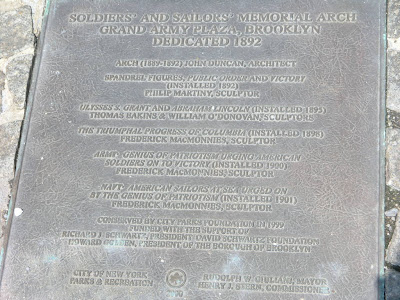 And here's the Baily Fountain, at the far North end of the Plaza. It's apparently the fourth fountain to grace this spot and it was built in 1932. 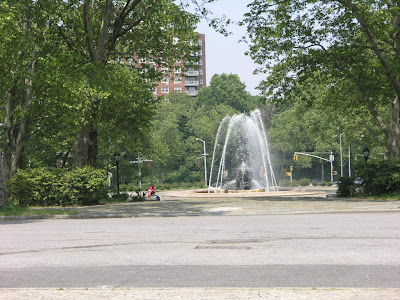 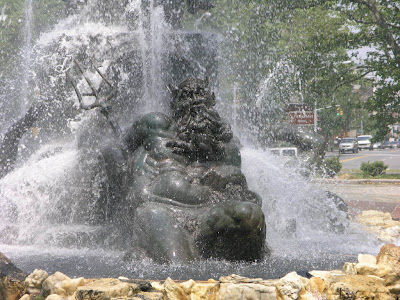 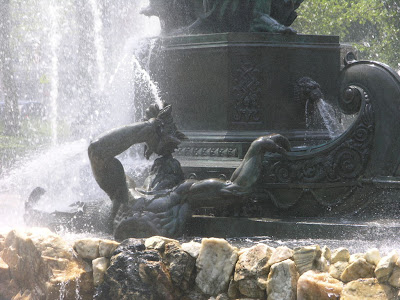 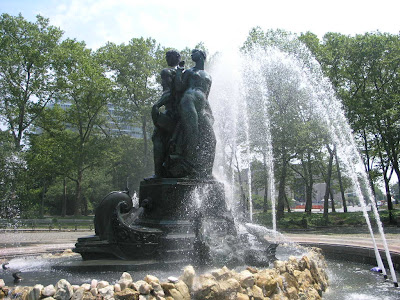 Anyway, I've now taken a closer look at something I've been looking at for years. Hope you enjoyed the tour.
Posted by Nathan at 12:07 PM

Dude, I love it when you do the virtual tour of your neighborhood. Very cool.

I followed along with Google Earth. Interesting stuff.

There's only ever been one Grand Army in the US, Nathan: The Grand Army of the Potomac. The only other one I know of was Napoleon's Grand Armee.

There are Soldiers and Sailors Memorials all over the US, as well as "Union Stations", all named in honor of the vets of the Civil War.

I lived near a bunch a battlefields where I grew up. There were also a lot of individual statues honoring fallen Union generals. Down South we call those things "Tributes to Southern Marksmanship"

I really enjoy doing them. It gives me an excuse to actually look at stuff I've been walking or driving by for ages without paying any attention.

When I was a kid, I had one of those books about famous Jews in U.S. History. There were a surprising number of them who were prominent in the Confederacy. I didn't really think about that for years...and when I did, my reaction was, "Yeah, that's something to be proud of." Meh!

I do enjoy the photo tours too - you live in one of the most historic (in US terms) and culturally significant cities in the world. Very cool!