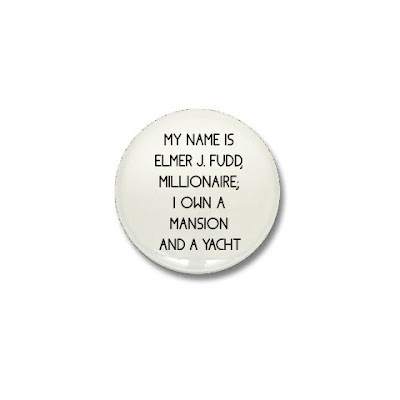 In a recent email from a loyal reader, I was asked:

"Nathan, your job seems so fascinating. How do you go about finding the locations you're going to use in a movie."

OK, I totally made up the part about having loyal readers or getting emailed questions from them. It just seemed like a good way to start a post. (BTW, I'm in the market for a word to use in place of "post". Suggestions will be most welcome.)

Anyway, back to th topic at hand. The way we go about looking for stuff varies depending on what we're looking for and it's also changed somewhat with the advent of the internet and other new tools available. If I'm looking for a house, for instance, I'll go about it in a few ways. First, I want to define what type of house we need. Is the character rich or poor or somewhere in between. Are they old or young? How big of a family is supposed to live there? Urban, suburban, rural? Does the script or the Director or the Designer have anything specific in mind...Victorian, Ranch, etc.

With that in mind, the first thing is going to a neighborhood that might be fertile territory. Once I'm in the right neighborhood, I'll do two things. One is that I'll be knocking on doors. It's a uniquely odd feeling to come face to face with a homeowner and have about 30 seconds to explain why the hell you're on their front porch and be believed that you're really looking for a place to shoot scenes for a movie. There's no formal I.D. I can show people to establish legitemacy and more often than not, I start scouting before the company can even print up business cards. Surprisingly, I still get into a fair amount of homes from just knocking on doors cold.

The second thing I'll be doing is dropping of flyers describing what we're looking for and asking them to call us if they think their home might be right and they're interested. After all, lots of people aren't home during the day.

I've worked with realtors before but truthfully, this doesn't work as well as you'd think. First of all, even with a commission, this isn't terribly lucrative for the realtor, so they rarely want to put much (if any) effort into it. And second, realtors tend to show you what they have, not what you're actually looking for.

Need a hospital? You're going to be spending a bunch of time on the phone calling every hospital in the area. Restaurants, bars, schools, churches...get out there and go where they are. Note: It is not recommended that you show up at a restaurant at the beginning of the lunch rush or at a church during a scheduled service. That might seem obvious, but you'd be surprised at how many scouts don't think about that sort of thing.

So anyway, what's all this got to do with "Adventures in Boating"? One of my first movies as an Assistant Location Manager was Another You. It was a movie starring Gene Wilder and Richard Pryor. In the movie, Pryor, a con man meets up with Wilder, a recently released mental patient who bears a striking resemblance to a missing millionaire. Pryor procedes to take advantage of the situation by talking Wilder into taking the millionaire's place. A fair amount of the script was to take place on a yacht.

So, how do you find a really impressive yacht for a movie? First of all, unless you've got unlimited time and money, you want it to be one that's in the general vicinity of where you're shooting the movie. That lets out all of those fabulous yachts that are currently in Dubai and Monaco. Next, since you're probably starting this search without having hobnobbed with the Yachting Crowd a whole lot, you've got to start learning a little about the damned things. In my case, this took place in 1990, so the internet wasn't an available tool...or if it was, I certainly didn't know anything about it yet. (I was still a couple of years from owning my first computer.)

That left phone books and magazines. Both of these mostly didn't help. The phone books had listings of "party yachts" available for charters...for things like company outings and the like. Those turned out to be...fugly. Not impressive at all. The magazines had lots of yachts that were impressive as hell that were available for charter. Unfortunately, most of these were in the Carribean, where...duh...you might want to spend time on a chartered yacht.

Ultimately, I found the yacht we'd eventually use by visiting the marina down near the World Trade Center. This particular yacht had been launched only a week or so earlier and was in transit from the manufacturer in Miami to the owner in Connecticut. I met the captain, got put in touch with the owner and shortly, we had a deal. Bear in mind that even though the owner drove a reasonably hard bargain regarding how much we'd pay to rent his yacht, he was not doing it for the money. I don't remember what we paid, but it was actually less than someone chartering it for the same period would have paid. He mostly just thought it would be neat to have a movie shot on his yacht.

Anyway, we're out tooling around NY Harbor on our first day of filming on the yacht. The crew is extremely conscious of the fact that this is a brand new yacht and it's full of fabulously expensive furnishings and everyone is taking great care to make sure nothing is damaged. We've got protective coverings on most things that could be damaged and we've actually removed a lot of items that would be difficult to protect. However, in the salon, there's this custom made table. It's a huge slab of Italian crystal on a granite pedestal...and it's bolted down with a heavy rod that goes all the way down to the keel...three decks below. That sucker ain't going anywhere. So we wrapped the thing in multiple layers of furniture pads and put a police tape barrier around it and announce that it is off limits to everyone except the camera department who will be permitted to keep camera cases under it. (Camera departments are used to dealing with very expensive, very delicate peices of equipment, so you kind of figure they're a safe bet to know how to be careful around other stuff.)

So, it's the middle of the first day of shooting on this yacht and I'm up on the top deck staying out of the way and the Captain comes up to me and announces that someone has broken the table. I go flying down there to see what's happened and he's right on my heels and when I get there...nothing wrong with the table. Ha Ha...very funny. In his defense, he knew how paranoid I had been about the table and you can't blame a guy for pushing a button that's so deperately crying to be pushed.

Cut to a few days later. We're on our last day of shooting on the yacht. Everything has been going swimmingly. On this particular day, the yacht's owner and his family are along for the ride so they can watch some of the filming. His kid's are hanging around on set and I'm back on the upper deck schmoozing with him and his wife when the Captain makes another appearance. He takes me aside and tells me, "They broke the table". "Fine", I say, "go ahead and play the same joke with the owner aboard." "No, really," he says. "The director and one of the stars sat on it and it's broken into three really big peices." Long story short, the owner didn't freak. We had insurance; he had insurance; the table got custom made once; we'd get it custom made again.

Now if you slavishly check my credits, you'll note that IMDB doesn't list me on this movie. The movie was scheduled to shoot for 6 weeks in NY and then to get finished in a studio in L.A. So, I got 8 weeks of work prepping the movie and then 6 weeks of work during the NY shoot. And then on the last night of NY shooting, the director found out from his agent that the producers planned to replace him when they got back to L.A. Needless to say, that night's shoot got wrapped early. And then when they showed the new director what had been shot so far, he said he couldn't use any of it. They ended up tossing all of the NY footage and rewriting the script so they could shoot the whole thing from scratch in L.A.

In hindsight, they didn't make a mistake by tossing the NY footage, but they really should have just stopped there. The movie they eventually made is also a stinker.
Posted by Nathan at 1:59 PM

And you can shoot on my 'yacht' any time. No crystal tables to be found. :D

(BTW, I'm in the market for a word to use in place of "post". Suggestions will be most welcome.)

submission, since the narrative can be extensive.