Hey Kids...It's Saturday! Could That Mean Another Multi-Post? Why Yes It Could.

Let's start with yesterday's drive back from Pennsylvania. If you drive on I-80, you cross the Delaware Water Gap when you cross from NJ to PA. We've driven over this stretch of highway a bazillion times and it's a really dramatic bit of scenery. We decided we needed to get off the Interstate this time and get a closer look. Just for the sake of clarity, the "Water Gap" is created by the Delaware River, but it's not anywhere near Delaware. And I'll be honest, the pictures make the place look a lot more exciting than the "in person" experience was. We stopped at three different scenic overlooks and our primary reaction was that it wasn't all that scenic. 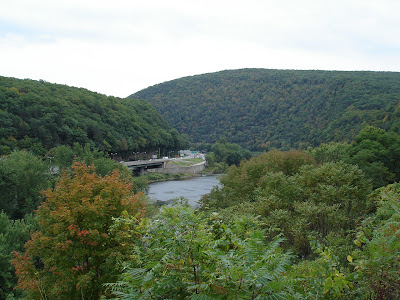 And this rock is called Indian Head. I'm sure there's a profile there somewhere. 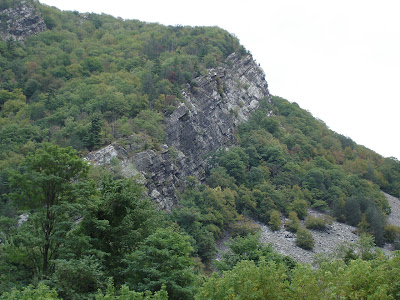 The second overlook was so overgrown, we couldn't see the river at all. So, let's move on to the third stop. This is from a pedestrian bridge in Portland, PA. Ah, look at the pretty. 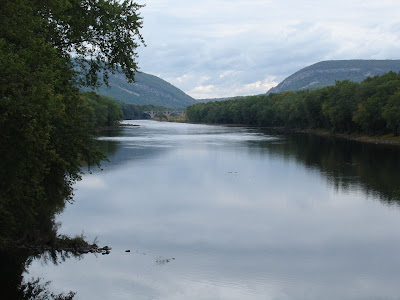 And here's a shot of Portland itself. We'd have shot more pics of the town, but this is really about all there is. 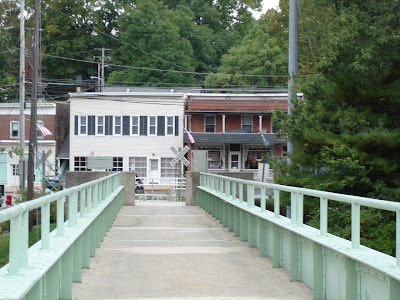 Oh, and there's a cute little house near the bridge...with swans. 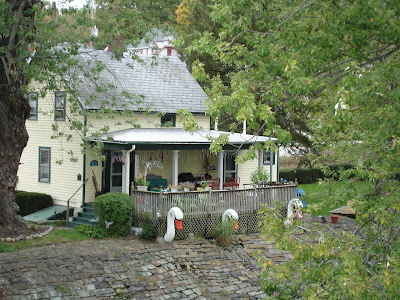 Moving on to this morning. It's after Nine and I've been up since before Seven. I really should have made the bed by now, but I'd have to disturb this quaint tableau...so, I'll wait. 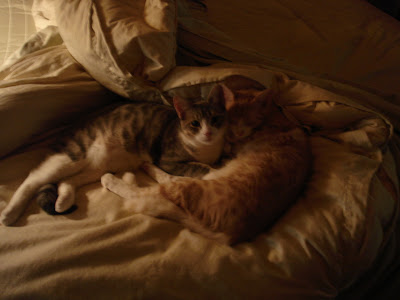 I just saw a report on the news that the Intrepid Sea, Air, Space Museum has moved back to its pier in Manhattan. (Don't know about this? I'll tell all shortly.)


So, The Intrepid is back!

Two years ago, they moved the Intrepid to a drydock in New Jersey to do some much needed maintenance. Apparently, it returned to Manhattan this week. This all reminds me of an experience from early in my career.

In 1989, I was one of the Assistant Location Managers on State of Grace. This was one of my first jobs where I was actually responsible for anything. There's a scene in the movie, where Stevie is confronted over the fact that he owes money to the Italian Mob. (He ends up dead later.) Originally, the produers wanted to shoot this scene on the Intrepid. The folks who run the Intrepid didn't want to be involved in such a sordid story and declined the honor. So the producers decided that Stevie could have a hot dog stand on the street and still get the Intrepid in the background.

When we were shooting the movie, NYC was in the process of tearing down the elevated portion of the West Side Highway and rebuilding it as a surface street. So, my job was to show up at 2:00 a.m. for a few days in a row and deal with the construction company to have the concrete barricades moved so that we'd have a place to shoot. (I still have no idea why we couldn't have the barricades moved once and just left that way 'til we were done. I suspect it had something to do with putting additional crane operators on payroll in Triple-Golden-Overtime, but that's just a guess.) Anyway, none of this is really the point of this story.

When the scene was written, the producers envisioned some name actor showing up in this scene and being a key to what followed. With that in mind, they had a lunch meeting with Dennis Hopper. (I wasn't there and only have this story second-hand, but I believe every word of it.) So, the producers and the director pitch the role to Hopper and, apparently, he got very excited about the idea. The way I heard it, he started pitching his own take on how the scene could happen.

As he warmed to the subject, he had to stand up (in the restaurant) to demonstrate his idea. Eventually, to everyone's stunned reaction, he was actually standing on the table, saying, "Yeah, it'll be great. We'll shoot it on the deck of that fucking carrier and then they can cut his fucking head off. And then they can stuff it into a fucking cannon and shoot it to fucking New Jersey."

You may note that he's not in the movie.

Note from IMDB's trivia page about State of Grace: The word "fuck" and its variations are used 210 times in the film, which averages out to be approximately 1.6 times every minute.
Posted by Nathan at 8:54 AM

I love pictures of water.

And that is why I love Dennis Hopper.

Great photos, by the way.

Your drive back looks very peaceful. Landscape doesn't always have to be exciting. :)

It would have been better if they'd gone with Hopper's idea and shot the severed heads into New Jersey.

We could just call the show, "Shootin' Shit at New Jersey!" Hell, I'd watch it. I mean what the fuck good is NJ for anyway?

Someone with some photoshopery skills needs to make the promotional poster for the "Shootin' Shit at New Jersey" show. I think we're on to something.

Jim, NY's been dumping shit on NJ for years. If they actually shot it, then they'd have to take responsibility for it.

Nathan, thanks for reminding me of "State of Grace." I haven't seen it in years and it's a fantastic fucking movie. Now I need to buy the DVD.