Don't Tell Anyone, But There's A Slight Chance That I Was A Really Strange Child.

(Don't you just hate it when you accidentally publish a post before you've actually written it?)

Anyway, back to the topic at hand.

The other day, I look over and notice that the GF is browsing some recipe websites. The following conversations ensued:

Me: Whatcha lookin' for?

GF: I'm going to make some kind of fruit bars.

Me: Why don't you use my recipe?

GF: (Giving me a doubtful look) And where would I find your recipe?

Me: In one of the cookbooks in the kitchen.

Me: ::Got up and went to the kitchen returning with this: 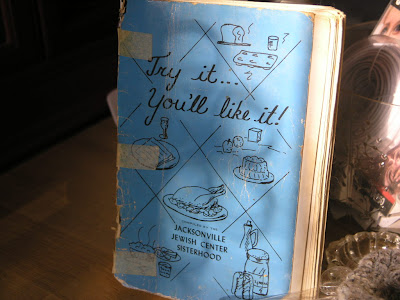 My mother was active in Sisterhood (a woman's group at our synagogue), and one year they produced this cookbook as a fund raiser. The year was 1974. 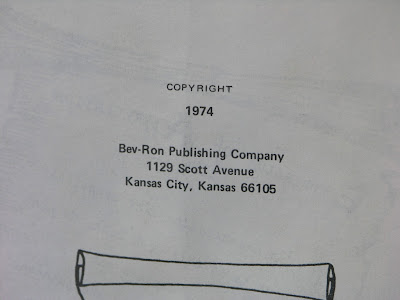 That's my mom seated in front all the way on the left. 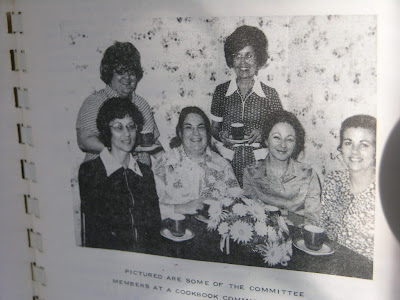 Now here's where the 'strange child' part comes in. Just what kind of 14-year-old boy has a recipe for Lemon Pie Bars. And wants to brag about it by putting it in a book the presumably people will actually see? This strikes me as uber-weird. Judging by the looks that continued coming my way from GF, she was in complete agreement.

Anyway, here's the recipe. GF made it with fresh squeezed orange juice instead of lemon. She also brought it into the 21st Century by cutting a 1/2 cup of sugar out of it and just lightly dusting the top with the powered sugar. ( I don't know who the woman is that I ended up having to share a byline with, but I wasn't happy about it then and I'm still a little miffed.) 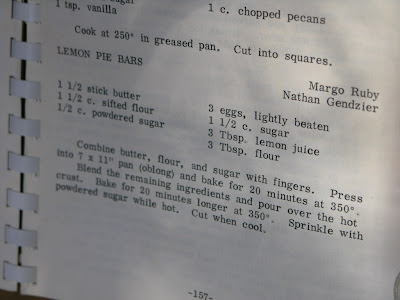 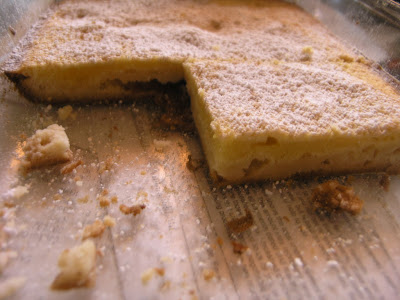 Just what kind of 14-year-old boy has a recipe for Lemon Pie Bars. And wants to brag about it by putting it in a book the presumably people will actually see? This strikes me as uber-weird. Judging by the looks that continued coming my way from GF, she was in complete agreement.

Then I must be uber-weird as well, 'cause I think it's kinda cool. Except for the sharing authorship part.

It looks good. Think I'll copy the recipe with the GF changes and make it myself.

I used to hang out at the key punch lab at the local college where my dad taught computers & electronics. I loved being around the gadgets (room sized mainframe!). I was weird too.

I'm not a big fan of this recipe. I suspect the sugar content was the "draw" for a 14 yr old.
I added a Tblsp of orange zest with the juice.
GF

Yum. Lemon Bars. Or bras, as I just tried to type. Then again, I also read "I am delicious" instead of "It am delicious". Obviously, I need to head to bed.

Just what kind of 14-year-old boy has a recipe for Lemon Pie Bars. And wants to brag about it by putting it in a book the presumably people will actually see?

Hmmm. Nathan, perhaps you'd like to propose to Shawn too?

Speaking of which, I haven't in almost a week: Shawn, will you marry me?

GF, not to diss Nathan or anything, but I've got an excellent lemon bar recipe--very tangy.

Also, cutting really sweet sweets into smaller squares helps, so you get a bite of sweet instead of being overwhelmed.

Tania, "I am delicious," and "Lemon Bras" sent my mind off in really weird directions. Thanks for that.

There's a pretty good chance I was a strange child, too. Who grew into an even stranger adult (or might, one of these days).